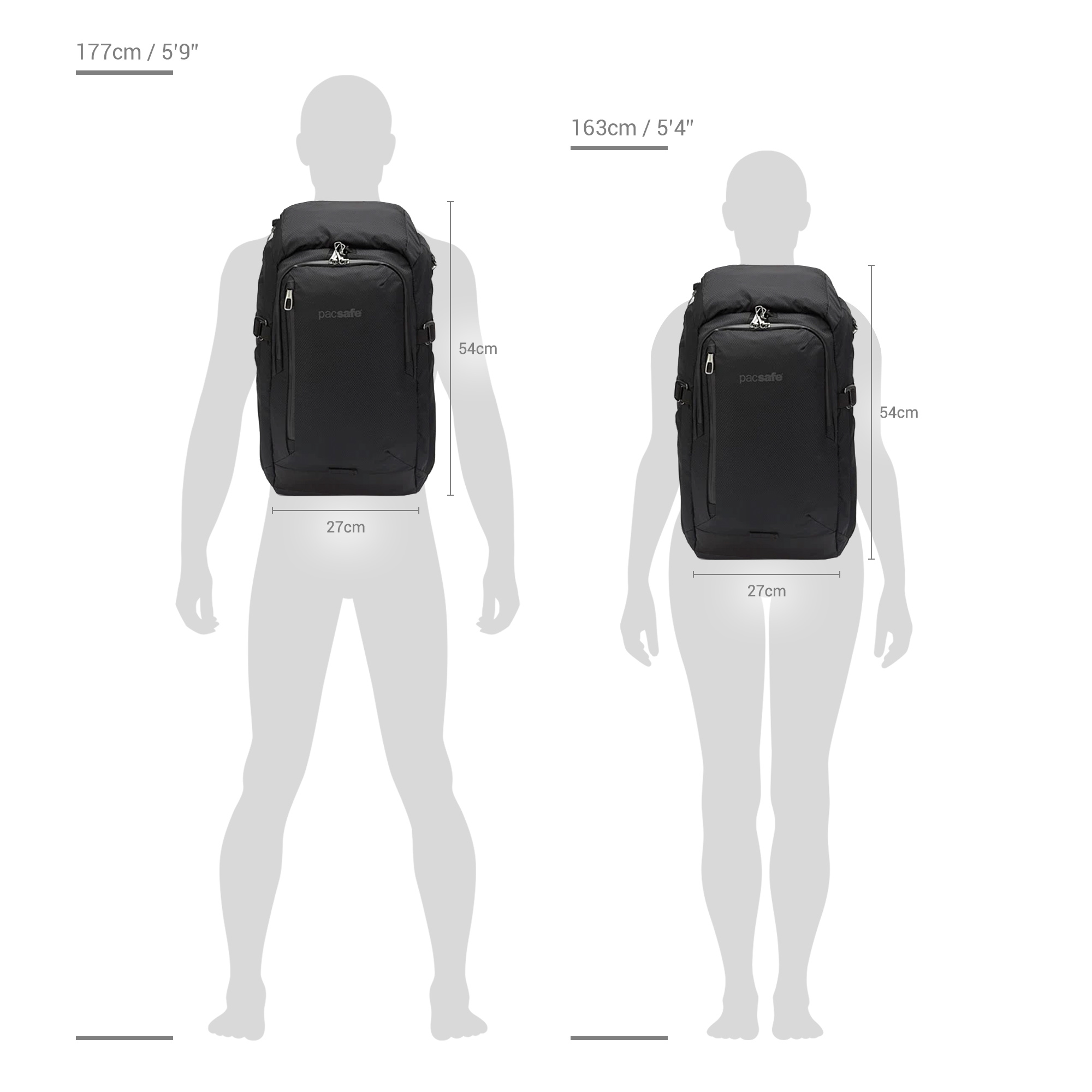 If you would like to order more than 9 pcs of this item, please contact our Customer Service team here.

A full-sized backpack to get your adventure going (and keep it going). With a generous 30 liters of space across multiple compartments, there’s organization to store a laptop, clothes and more, while Pacsafe’s top-tier materials and anti-theft technology keep your travels hassle-free, trip after trip.

We dispatch orders within 2 working days from Hong Kong. Shipping time from 2 to 7 working days depending on location.

If you are not satisfied with your purchase for any reason, simply return it to us in its original condition & packaging within 30 days of purchase.

Write a Review
average rating 4.8 out of 5
Based on 39 reviews
97% of reviewers would recommend this product to a friend
Customer photos and videos
Open user-uploaded video and review in a modal
39 Reviews
LB
Lee B. Reviewed by Lee B.
Verified Buyer
Reviewing
Venturesafe X30 Anti-Theft Backpack
I recommend this product
Rated 5 out of 5

Haven’t tested it yet but very happy with quality

Used it in France without any issue. Quality is good with high security lock. I felt safe to use it during my trip.

Loading...
Was this helpful?
J
Jay Reviewed by Jay
Reviewing
Venturesafe X30 Anti-Theft Backpack
I recommend this product
Rated 5 out of 5

I have the older model of this pack and I absolutely still love it. It's covered in patches but still is in great shape with tons of miles on it.

Love all the little features and pockets, locks and aesthetic of this bag. I get compliments and questions all the time.

I was skeptical about this bag but the reviews made me give it a try.

I took this bag on an 8 day trip in Europe hitting up London, Amsterdam, Brussels and Paris. I traveled by air, train and foot to each place and never did I once feel worried that someone would get into my bag and steal anything.

We stayed in hostels the entire trip and I was even confident that people could not get into it when I would lock the shoulder strap to my bunk overnight so I could quietly get up super early in the AM and depart my location.

Even in Paris which is notorious for pickpocketing, nobody was able to get into my bag—and a couple people tried. One person at the airport outside the secured terminal area tried to unzip my side zipper in the front but I felt it and they couldn’t do it quickly and got stuck and turned around and walked away quickly. Another person by the Eiffel Tower one night tried the top one (which has the same method for making unzipping difficult) and I felt it and turned around and they took off running.

So yeah, I love this pack! I just hope it lasts and they keep making this exact version and size. It worked perfectly for being the only bag I brought my entire trip and fitting onto every plane as a carry on under my seat from EasyJet, American Airlines and British Airways, without paying extra.

Loading...
Open Video by Elizabeth Y. in a modal
Was this helpful?
C
CB Reviewed by CB, from United States
Reviewing
Venturesafe X30 Anti-Theft Backpack
I recommend this product
Rated 5 out of 5

I have had the prior version of this backpack for close to 8 years now and it is still in perfect condition. Zippers are top notch and STRONG. I can literally hold the backpack when full of gear by the smallest zipper and it supports the weight. I’ll never buy another brand of backpack assuming I ever need to replace this one. You 100% get what you pay for with this.