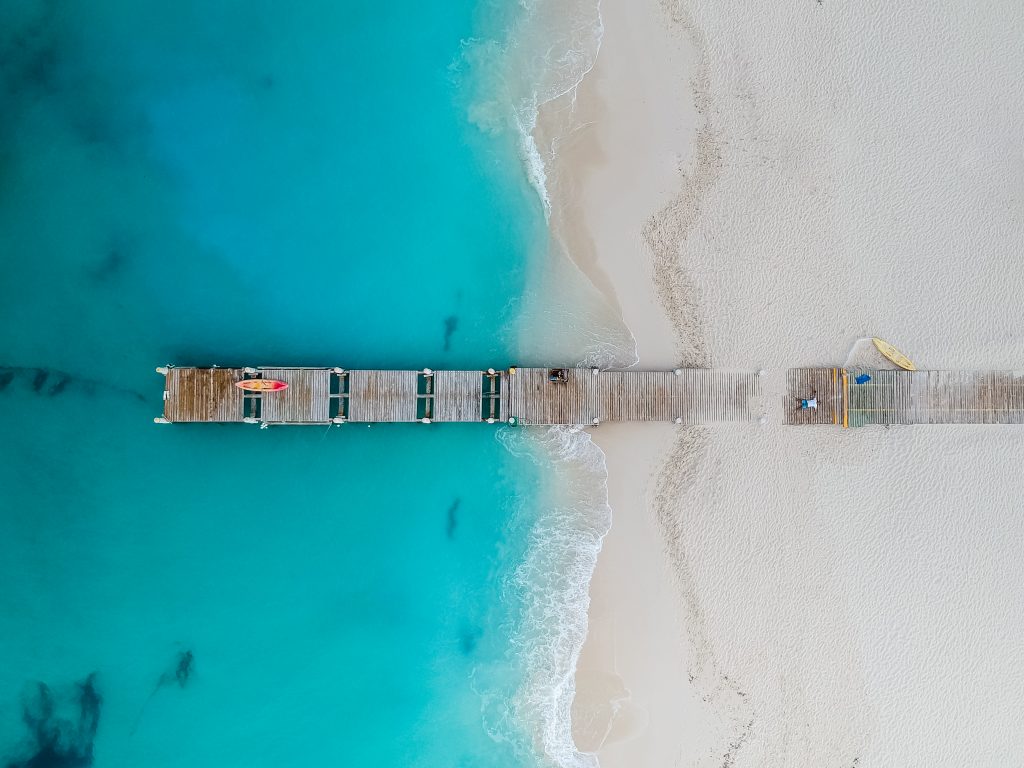 Pirates might have roamed the crystal clear ocean of the Carribean for centuries, but now it’s beach-goers who reap the treasures of this island chain. Beautiful beaches awaiting discovery everywhere you look. Grace Bay might just have the clearest water in the world. This stunning beach constantly features in ‘world’s best beaches’ articles and it’s easy to see why. Just look at that water, look at the sand and think about booking your next trip there. 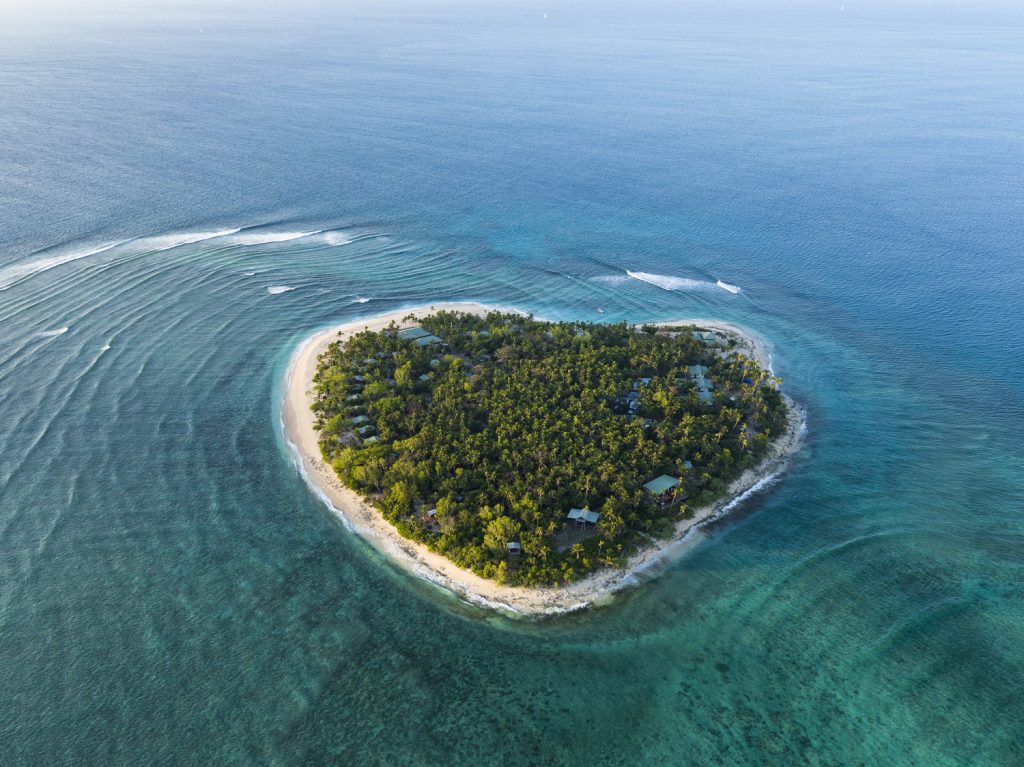 The Pacific Islands are famed for their crystal clear ocean beaches. Nestled amongst those flawless seas is a heart-shaped island called Tavarua in Fiji. There’s a private resort on the island with welcoming staff and amazing food. The snorkeling is mind-blowing, or you can simply relax on one of the islands many beautiful beaches and sit in awe looking at the clear ocean water all day long. Oh, and there’s one of the best waves for surfing in the world there – Cloudbreak. 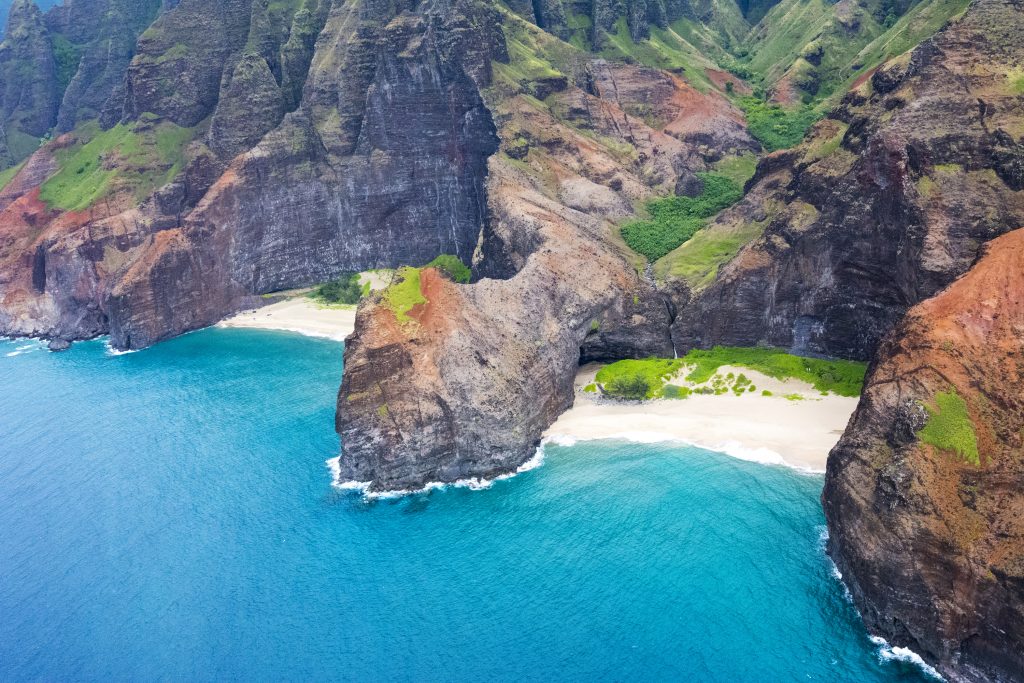 It’s hard to mention the pacific islands and beautiful beaches without Hawaii. Famed for its pristine beaches, it is a popular tourist destination for many Americans each year. The Na Pali Coast of Kauai is one of nature’s marvels with its clear blue ocean water. You’ll see dolphins, whales and turtles playing along the coastline. You’ll hike and swim to your heart’s content. Honopu can only be accessed by boat or by swimming too, so pick your day and you could score the beautiful beach all to yourself. 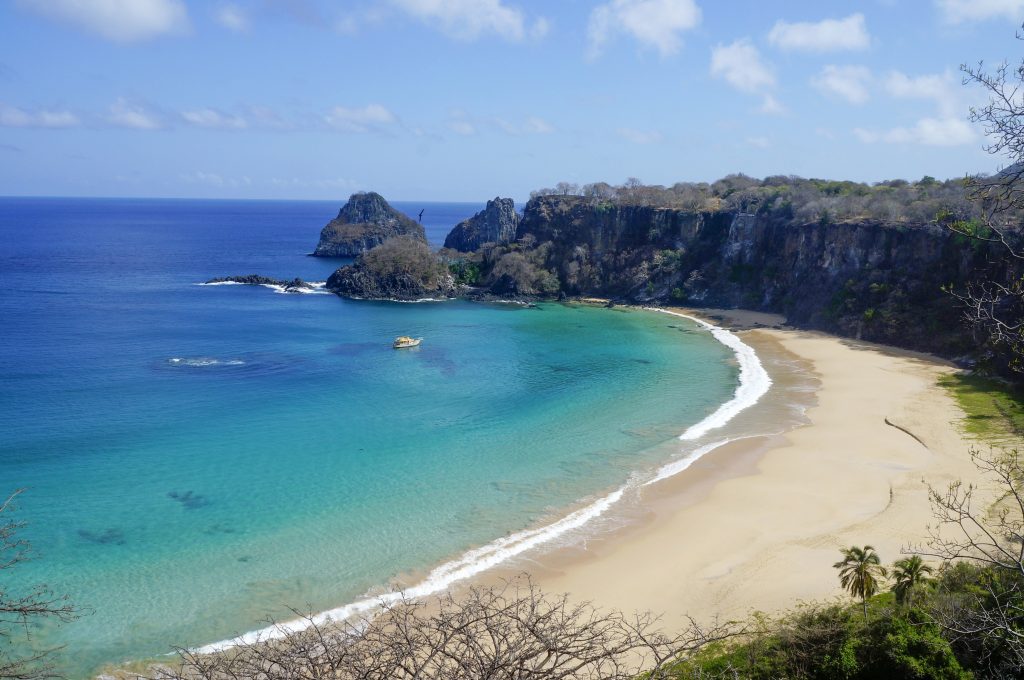 Because of its large population, some Brazilian beaches have issues with plastic population and overcrowding. Baio De Sancho has crystal clear water and, because it’s located 217 miles off the coast of Brazil, there aren’t nearly as many people there as the mainland. This tropical beach has to be experienced to be believed. The photos of it are incredible but they still don’t do the place justice. Do yourself a favor and put Baio De Sancho on the top of your beautiful beaches to visit bucket list. 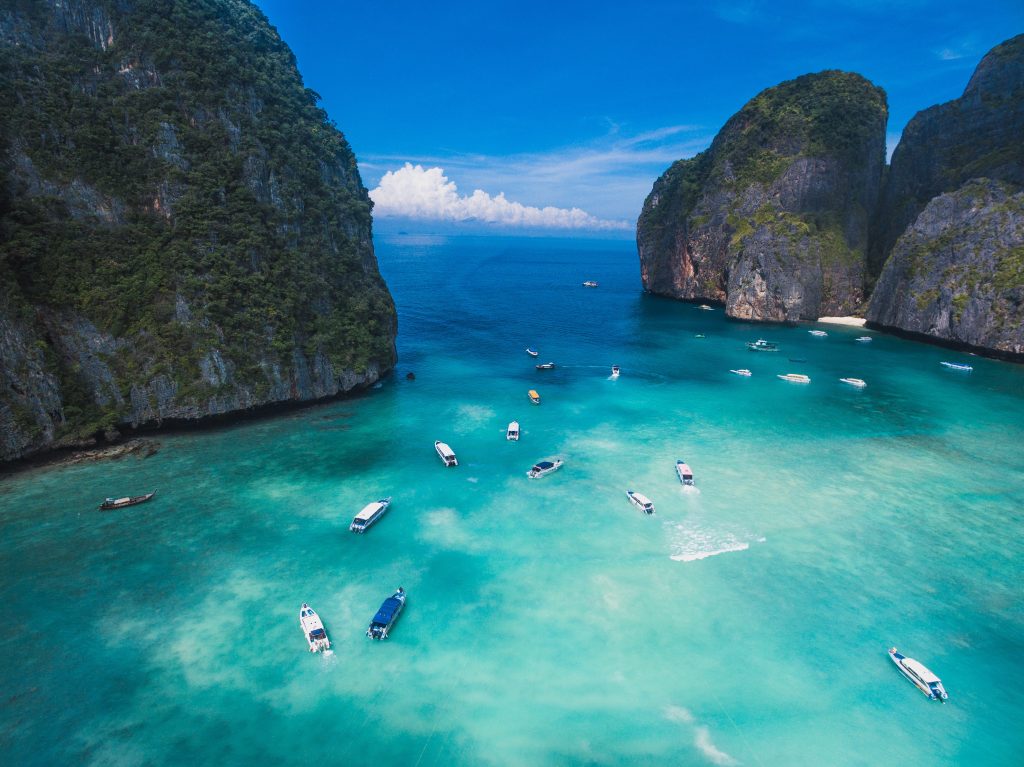 Maya Bay in Thailand is ringed by cliffs that ring a clear blue ocean lagoon. However, because of overcrowding which led to pollution, The Department of National Parks, Wildlife and Plant Conservation has decided to close this world-famous beach until the middle of 2021. Thankfully, there are other islands and beaches in the national park (Hat Noppharat Thara-Mu Koh Phi Phi) which remain open to enjoy. Just remember to avoid taking plastic bottles (use a reusable one) and take any other trash you have home with you. 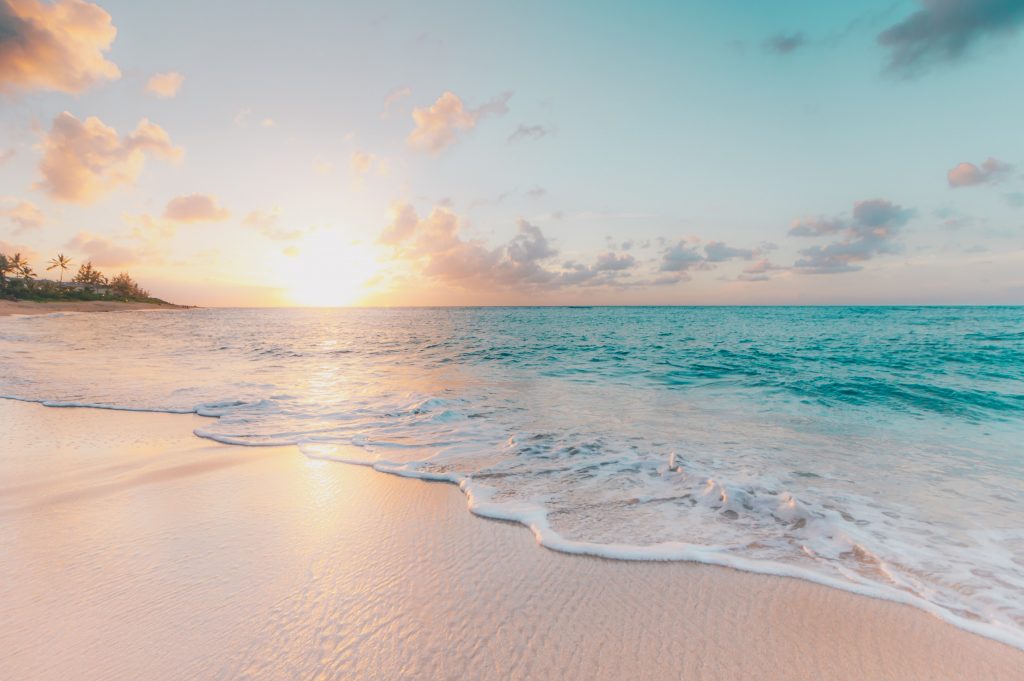 Africa might not be the obvious choice for travelers searching out beautiful beaches, but this sun-drenched continent is home to some of the best beaches in the world. Case in point, Diani Beach, Kenya. The white sand and clear water puts most postcards to shame. Up there with the clearest water you’ll see when traveling. 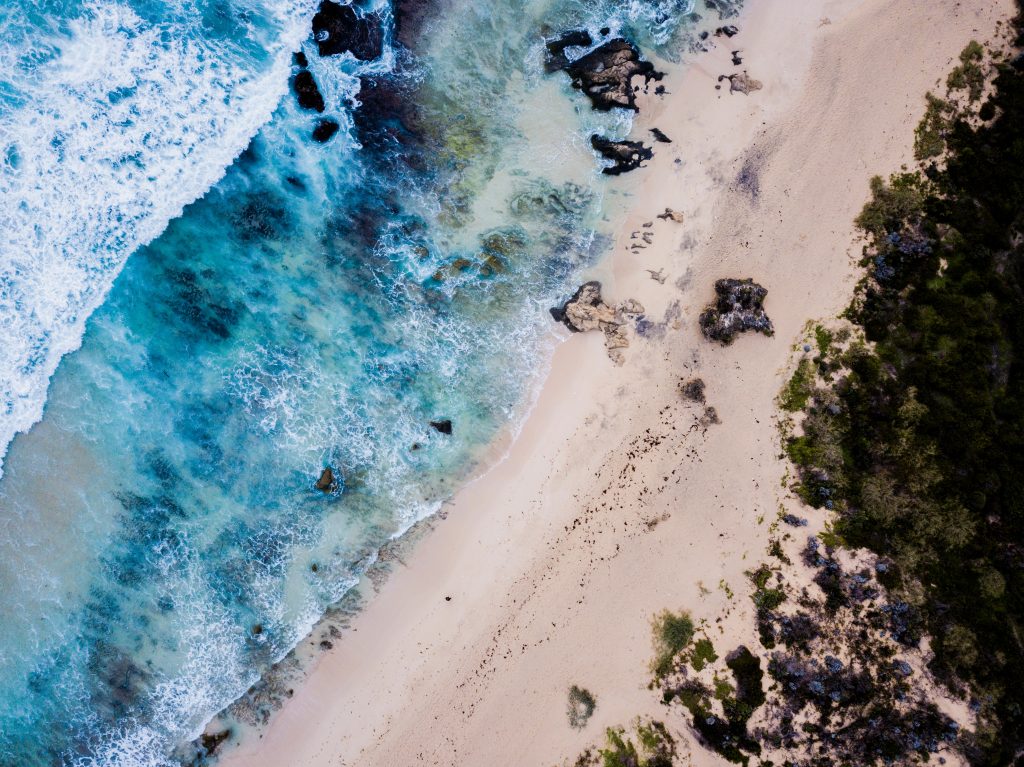 The Indian Ocean along Western Australia’s coast has some of the most pristine beaches in the world. Yallingup Beach in the state’s southwest is a major highlight. There’s a crystal clear lagoon right out front, surf out the back and long, white-sand beach that arches off the north. Definitely up there as the most beautiful beach in Australia, if not the world. 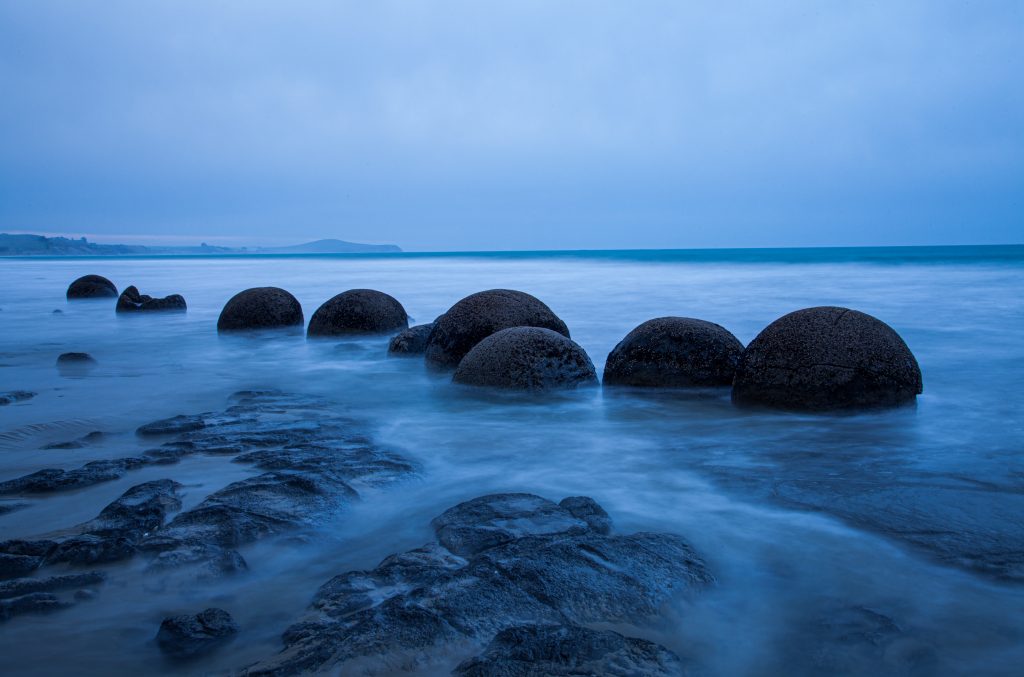 Sometimes New Zealand can get overlooked for its beautiful beaches. However, KoeKohe Beach New Zealand is another destination that offers clear blue water. The beach is also famous for The Moeraki Boulders – a group of large spherical “stones” that are actually concretions that have been exposed through shoreline erosion from coastal cliffs. 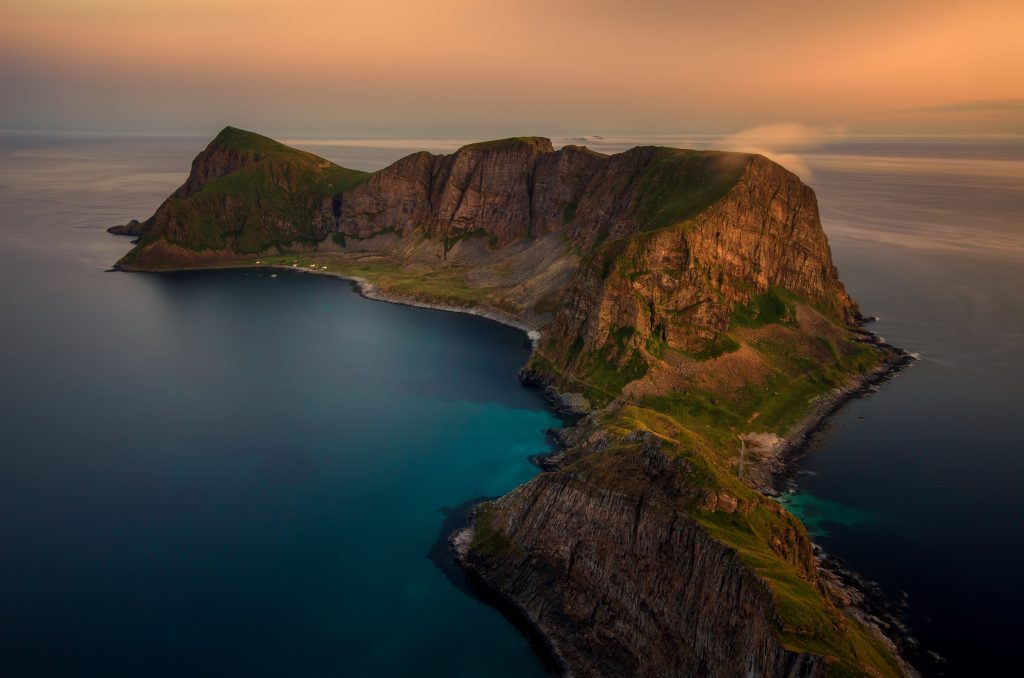 Another country that doesn’t often stir up thoughts of beautiful beaches with crystal clear water is Norway. However, the winter wonderland can offer intrepid travelers the joy of relaxing on what looks like a tropical island. Vaeroy beach is surrounded by cliffs. It also has patches of white sand for explorers to seek out for themselves. If you get a clear day, the water turns a stunning clear green. 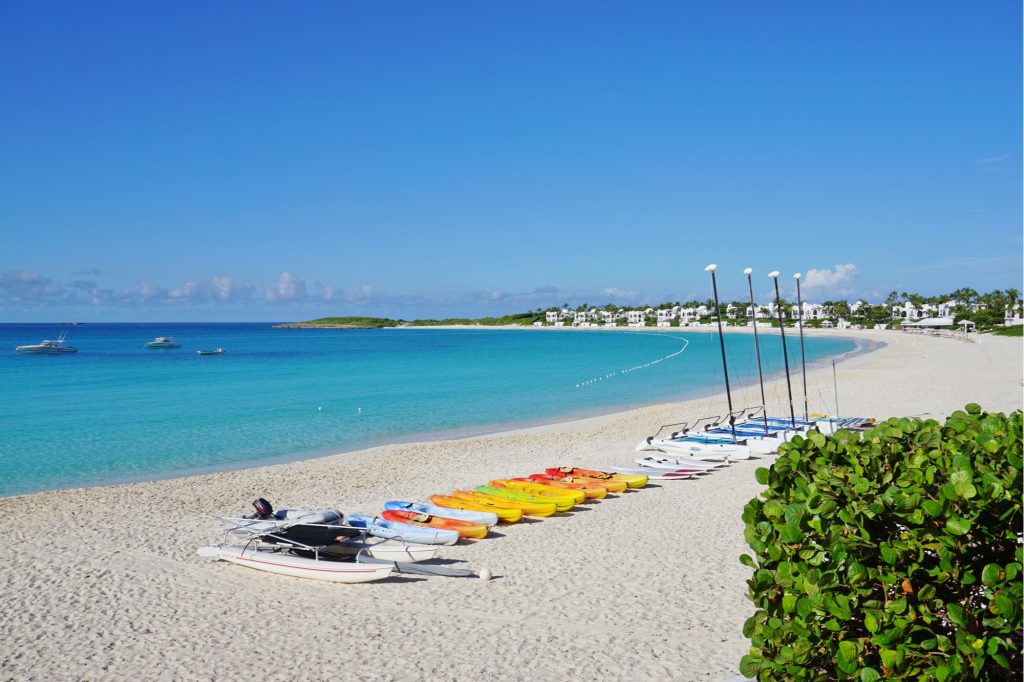 For our final beautiful beach with crystal clear water, we’ve come back to the Carribean.

Anguilla has prehistoric petroglyphs, has a wildlife conservation site and includes protected areas like Big Spring Cave. Nestled in this area is what many claim to be the single most beautiful beach in the world – Maunday’s Bay. Clear blue water. White sand. Tropical climate. What more could you hope for?

If you’re a traveler who cares about keeping our oceans clear of plastic pollution, make sure you choose products that do their part. For a collection that turns ocean plastic into the best anti-theft travel bags, check out the Pacsafe x Econyl designs here.