6 Best Places Your US Dollar Will Go Further 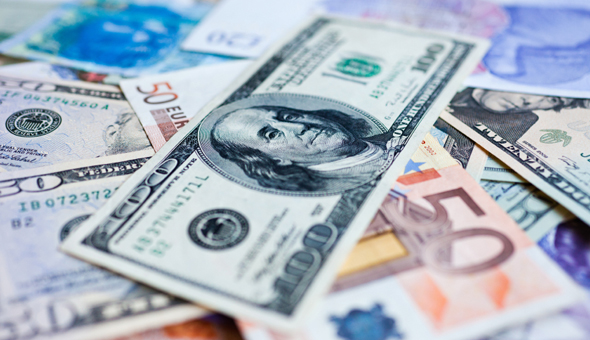 Any time is a good time to travel, but simple economics tells us to go when and where the dollar is strong. Exchange rates are working in our favor in many regions of the world right now, making this a great time to stretch your wings and head out.
Mexico: $1 = 15.68 Pesos
One U.S dollar will get you 15.68 Pesos, which is the highest it’s been in a while. Mexico has always been a great deal for Americans, and especially so in the hot summer months. With the hurricane season about to kick in, which is at its height in September and October, deals are abundant. Travel insurance may be a good idea as long as it covers hurricanes and the subsequent closures they can involve.
Iceland: $1 = 131.94 Kronor
Heading in the opposite direction, Iceland has been coming on strong as a desirable destination due to their new, hip nightlife reputation as well as their incredible geological attractions. One dollar U.S will get you 131.94 Kronor, which is a rise of 16 percent from just a year ago.
Russia: $1 = 55.49 Rubles
It might be a good time to visit Russia before political tensions get any higher as well. Currently $1 gets you about 55.49 Rubles, which is a 60% increase from just a year ago. That will buy you a lot of Vodka. Russia is a big oil exporter, and with the volatility of that industry, the dollar is going further there these days.
Canada: $1 = $1.25 Canadian
Our neighbors to the north love to travel, and their numbers have increased lately as their economy has boomed. You have to love a country that calls their money the Loonie (actually that’s what they call their $1 gold, coin but why quibble) and you’ll love it more because now one dollar U.S will get you $1.25 Canadian, which is a 16 percent increase this year. At one time recently the U.S dollar was less than 1 Loonie, so this is a good development for those wishing to head north.
Japan: $1 = 122.94 yen
It’s always expensive to fly to the Orient, but it may be a tad bit easier in Japan these days as $1 US will get you about 122.94 yen. That’s up 21% from a year ago, and can make quite a difference in your budget. More and more airlines are offering non-stops to Japan, making it more convenient as well as affordable to visit.
Greece: $1 = €.90
Greece is struggling with their bailout difficulties with the European Union and to top it off, the dollar to Euro exchange is up 22% from a year ago, so a dollar now buys .90 Euros. You do have to be wary of future strikes or protests while in Greece, but they have been peaceful so far and your dollars spent in Greece will certainly help their economic situation.