7 Funky Foods from Around the World

Some people will eat anything. While I’m not as picky now as when I was a child, there some things that I don’t think I could bring myself to eat, no matter what the local customs may be.
Rocky Mountain Oysters, Western United States
For those who don’t know, Rocky Mountain Oysters are a Western U.S. delicacy, which are bull’s testicles, breaded and deep fried. While the breaded and deep fried part is a good start, you lost me at testicles. There should be some sort of man-code involved whereas no male will eat another’s testicles. If there isn’t one, I’m starting it now. 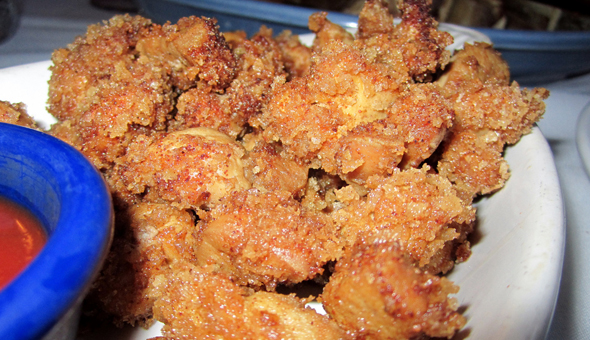 Haggis, Scotland
Now, I’ve heard of haggis for years and also heard it’s really good. Haggis is a sheep’s heart, liver and lungs minced and then mixed with onions, oatmeal, suet and seasoned with spices (hopefully a LOT of spices). Before we go further, I looked up suet and it is the hard white fat on the kidneys and loins of cattle, or in this case sheep. Then, to make sure we use as much of the sheep as possible, haggis is cooked inside the sheep’s stomach. 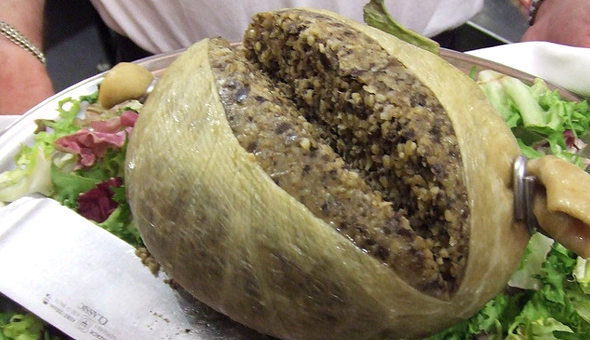 Tuna Eyeball, Japan
Being an island nation, the Japanese have gotten quite creative with all of the sea creature cuisine at their disposal. One article claimed tuna eyeballs taste similar to octopus or squid, which isn’t terribly surprising. I’m not sure if they cook the tuna eyeballs or not, but knowing Japan’s love for sushi, it’s probably a safe bet to say they’re raw. 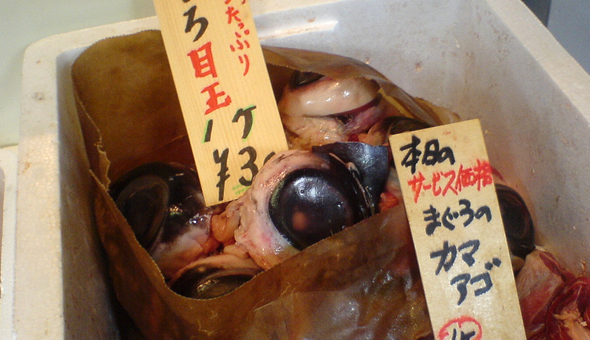 Hákarl, Iceland
Anthony Bourdain, the guy who travels the world on TV and eats just about anything, once said that Hákarl was “the single worst, most disgusting and terrible tasting thing” he’d ever tried. Hákarl is a shark found in Greenland, and it’s prepared by being buried underground in a shallow pit with stones pressed down on it so the poisonous internal fluids it has can be drained out, making it safe to eat. Then it’s cut into strips and hung out to dry for months, making it a sort of fish version of beef jerky, without the delicious beef taste. It is said to carry an aroma of ammonia and a strong fishy flavor. 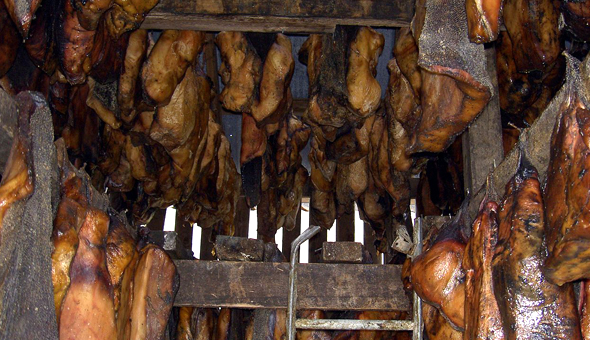 Mopane Worms, South Africa
These are big, fat, juicy worms that are full of meat; well, worm meat at least. Dried or smoked they are usually rehydrated and cooked with tomato or chili sauces to flavor. They are said to have the taste of honey barbecued chicken. 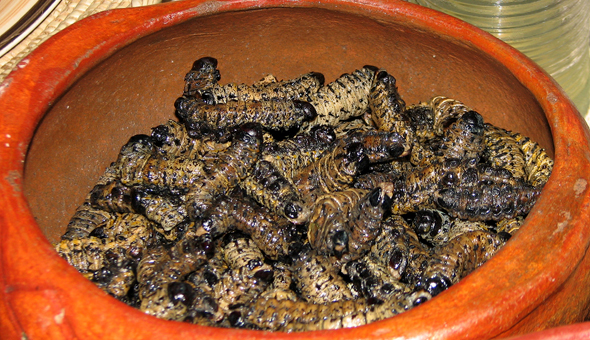 Bird’s Nest Soup, Southeast Asia
Made from the nest of the Swiftlet bird—who, instead of using twigs for a nest, builds one out of its own saliva—these are found way up high on cliff faces, making them dangerous to retrieve. It must be worth it, though, because people die each year retrieving them. The soup is said to have a rubbery taste, if you’re brave enough to try it. 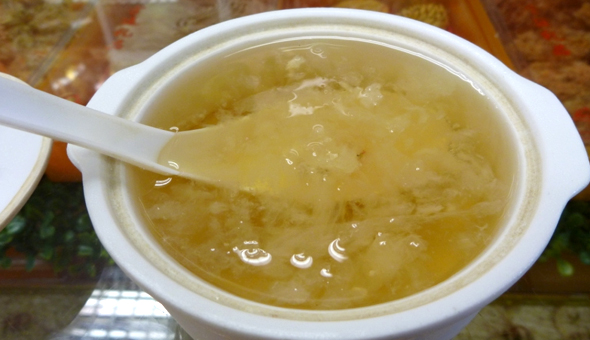 Casu Marzu, Italy
Casu Marzu, also known as maggot cheese, is a Sardinian dish of sheep’s milk cheese with live insect larva. These little squirming maggots add the flavor and a little wiggle action when used live. One recipe recommends they can sometimes be killed first by suffocating or killing them in the fridge. If you decide to go with the live ones, beware that they sometimes survive and burrow into your intestines. Other than that, it’s Italian food, so it has to be great, right? 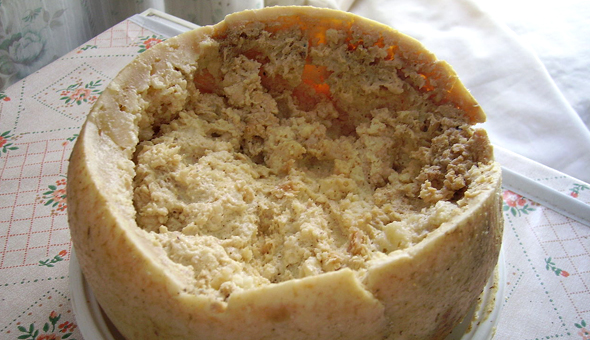