7 Places Not to Miss in Vietnam

Vietnam is quickly becoming one of the most popular destinations in Southeast Asia and it’s easy to see why. The country offers stunning landscapes, delicious food, a fascinating history, and friendly people. Unlike some of its neighbours, Vietnam has largely resisted the urge to build big new tourist resorts. What you find is an authentic culture surrounded by beautiful natural sites.
It’s relatively easy to travel through Vietnam. Not only are there good train and bus connections, but the geography of the country means there’s an obvious trail to follow from north to south, or vice versa. The biggest problem you’ll have is trying to fit everything in! I just spent a month in the country and I had to keep dropping things off my list because I discovered new places or stayed longer in areas that I fell in love with.
To help you with your next trip to Vietnam, I have put together a list of some of the country’s highlights. Here are 7 places you can’t miss—from south to north!
Mekong Delta 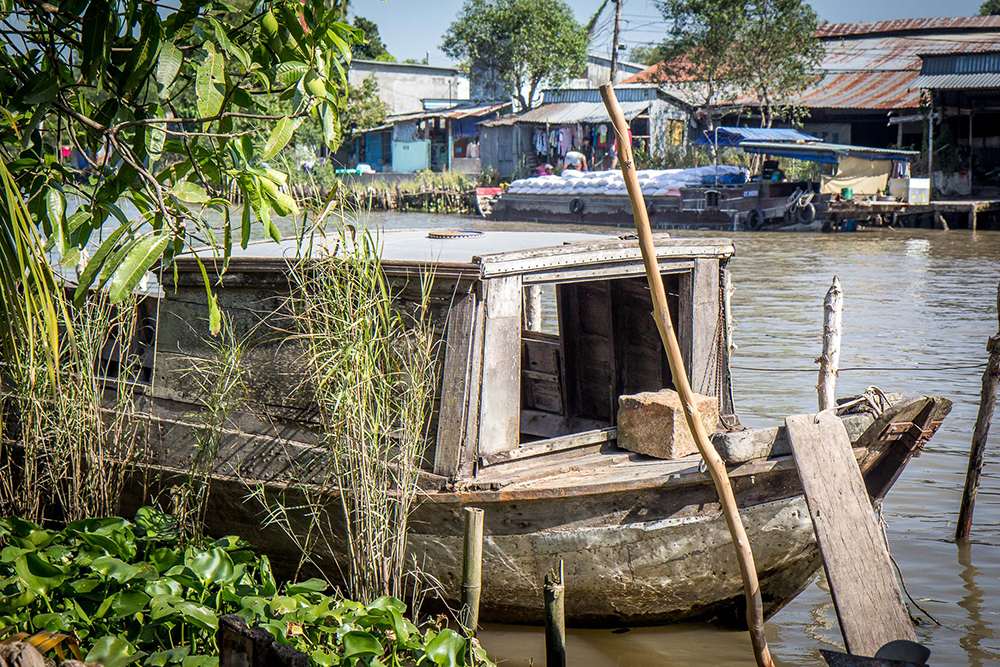 In the very south of Vietnam is the Mekong Delta, a spider’s web of little waterways that provide the perfect setting for agriculture. Rice fields and plantations fill the land while the rivers and canals are used by the locals for transportation. It’s a lush green setting with villages and towns dotted all over the region.
The main city in the Mekong Delta is called Can Tho. From here you can organise boat trips along the river or hire a bicycle to ride along the pathways that go along the edge of the water, through small communities. Tourism is still growing here so it’s more likely than not that you’ll find yourself alone amongst the locals in many parts of the delta.
Saigon 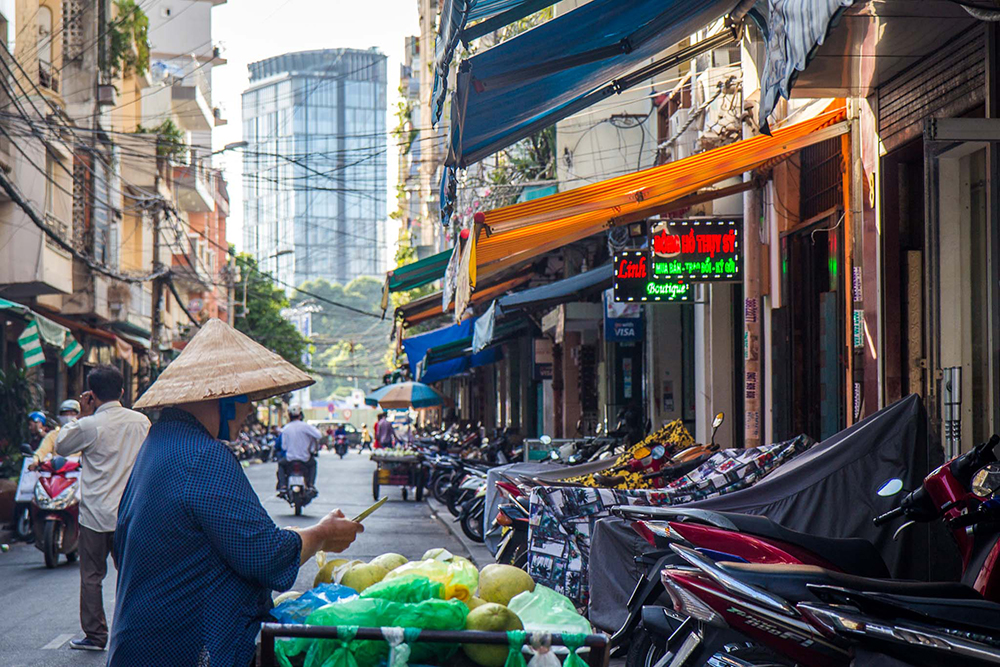 Vietnam’s largest city, Ho Chi Minh City—or Saigon, as the locals still call it, is undergoing a rapid change at the moment. The traditional street stalls and markets are still there but high rise buildings are appearing on the skyline and a new metro system is being built. The young generation is also making its mark with cool new cafes and rooftop bars.
It’s an enormous and hectic city where part of the fun is getting lost in the streets full of cheap noodle restaurants and temples. It can be overwhelming when you first arrive—especially if you try to cross the road teeming with motorbikes. But if you let the energy carry you through, you’ll never be bored in Saigon! 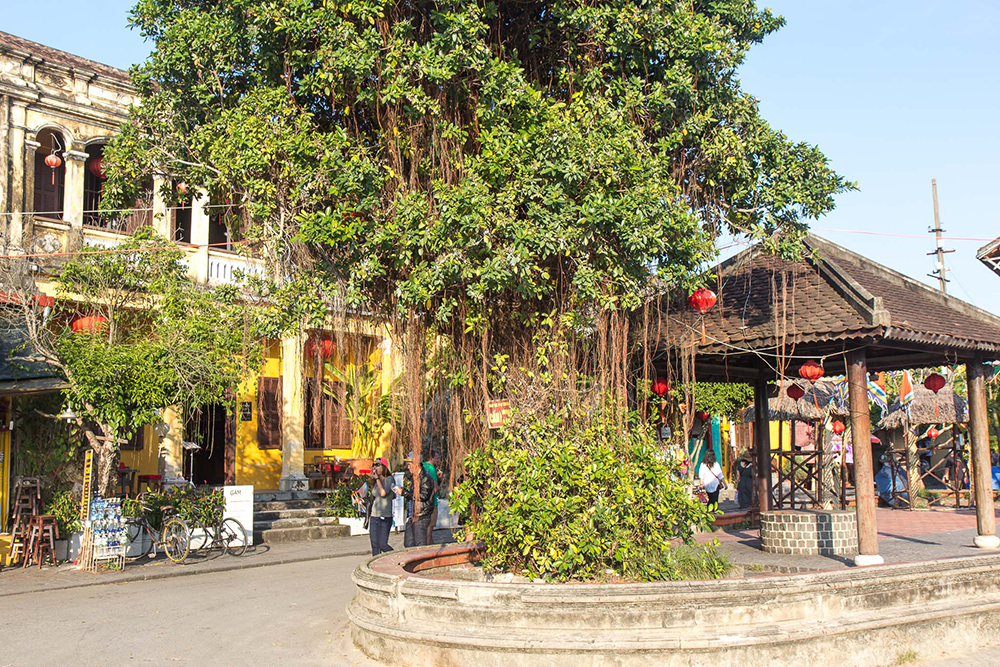 For hundreds of years, the city of Hoi An was an important Asian trading port. The buildings that appeared around the waterfront were as grand as they were beautiful. You can only imagine what it must have been like to have merchants from all around the world walking through the streets with these wonderful shops and houses on either side.
Luckily for us, the design of Hoi An has been preserved and the historic part of the city is one of the most charming places in Vietnam. The storefronts are now used mainly as craft shops, cafes or quaint restaurants. At night, when the lanterns come around and reflect on the river, it is particularly magical.
My Son 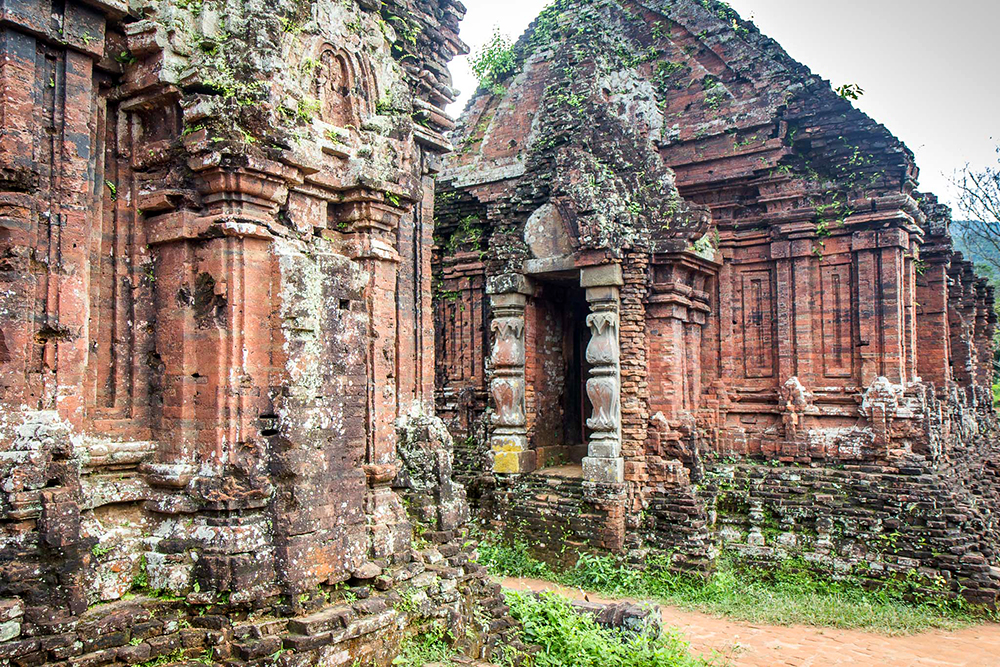 Not from Hoi An are the remains of a grand ancient city. The temple complex of My Son was built by the Champa people between the 4th and 14th centuries. Although it was abandoned after that, there are still plenty of structures that have survived the test of time. Unfortunately, most of the damage to the site was done by bombs during the Vietnam War.
The temples are made of bricks and they tower over you, as you wander through the old city. The walls are covered with ornate carvings and you can still see some of the wonderful Hindi statues. It’s a very peaceful place, with the complex set in moist green jungle beneath a cluster of impressive peaks.
Phong Nha-Ke Bang National Park 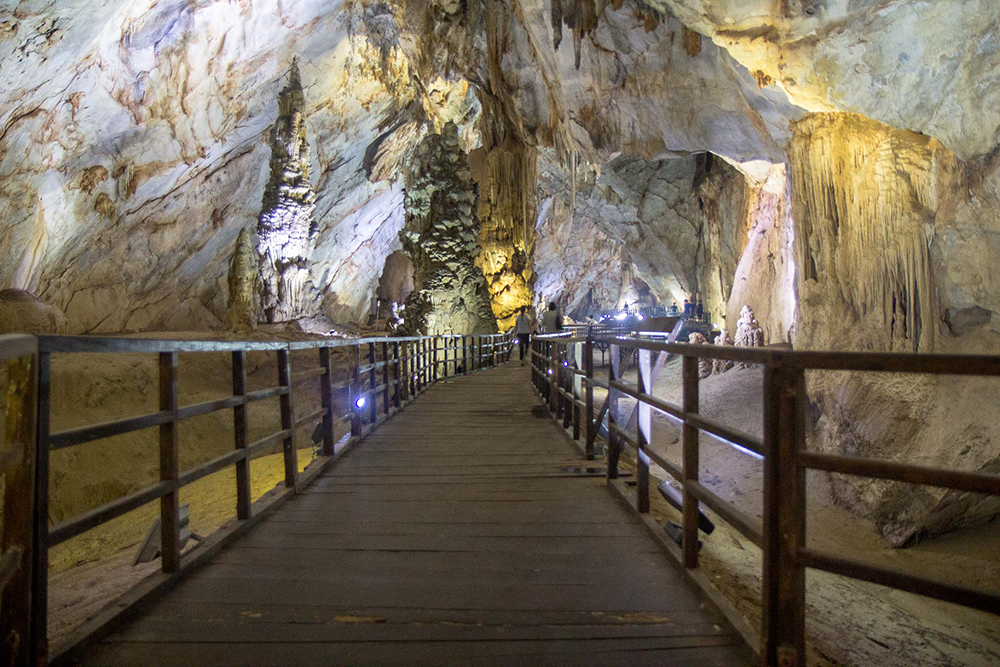 I think this is one of the most underrated natural beauties in the world. Phong Nha-Ke Bang National Park is famous for its caves. In fact, it has the world’s largest cave within its boundaries—a cavern so enormous that you could fly a Boeing 747 through it or fit an entire Manhattan city block inside.
Unfortunately that cave is only open to very limited numbers and you have to book months in advance and pay thousands of dollars. However, even the accessible Paradise Cave is mind-blowing enough. It is 34 kilometres long and is full of a huge variety of incredible rock formations. If you’re feeling adventurous, you can also go to the Dark Cave where you’ll bathe in a pool of mud.
Trang An 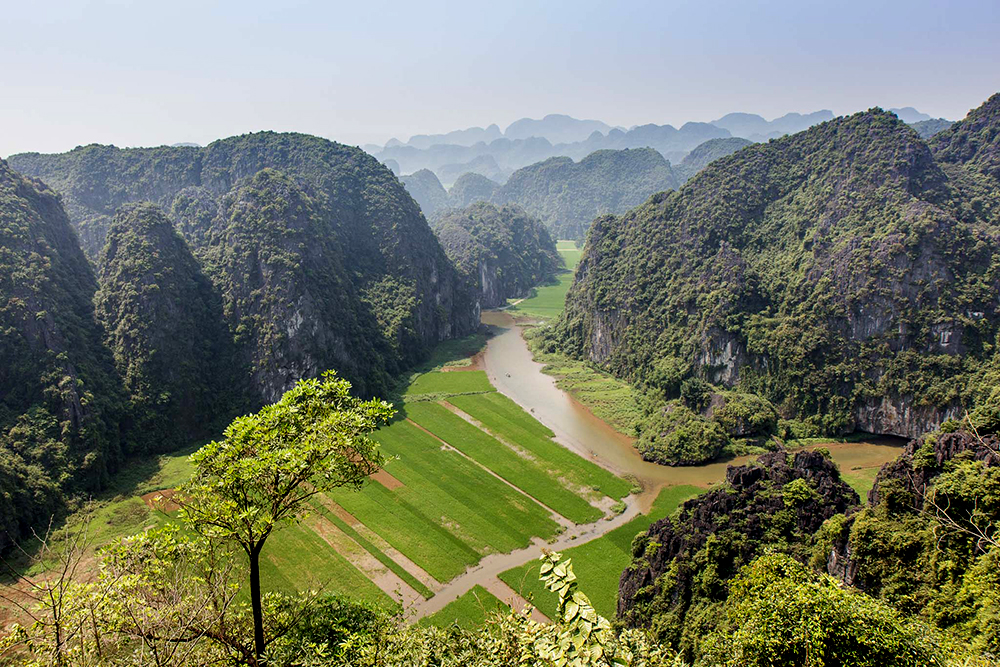 People often refer to Trang An as the ‘inland Ha Long Bay’. It has the same impressive limestone karst peaks but, instead of being island in a sea, they are mountains around valleys. The vertical grey cliffs covered in green plants are striking and they seem to roll on forever. It’s a perfect example of the dramatic landscapes that this part of Vietnam is famous for.
The best way to explore Trang An is to get a ride on a small rowboat. The trip takes about two hours along rivers and waterways and through small cave tunnels beneath the mountains. You can sit back and watch the scenery go by as you float gently through the region.
Hanoi 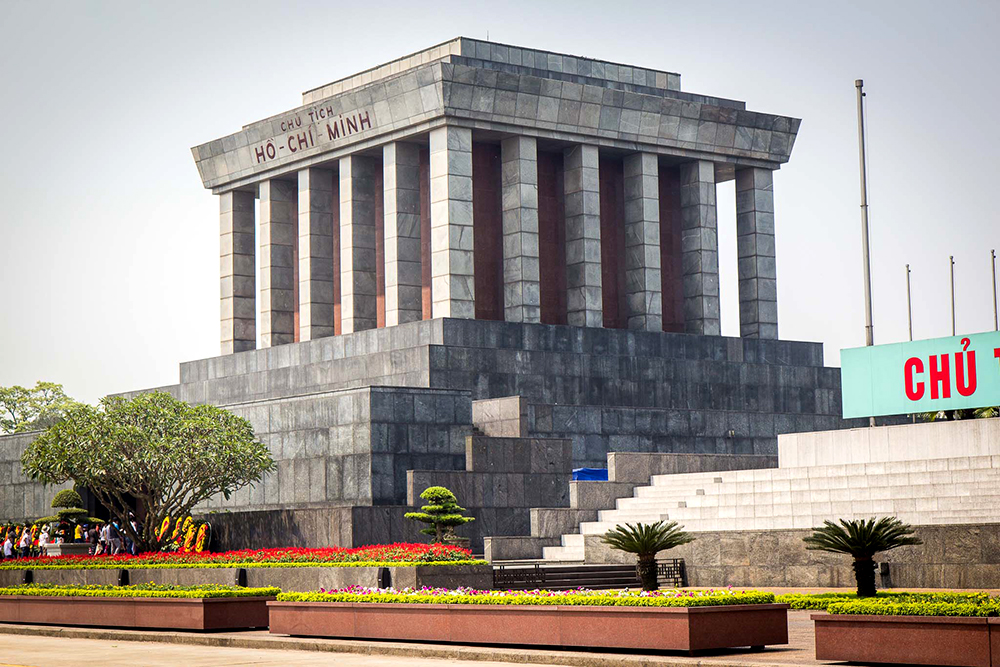 Vietnam’s capital, Hanoi, has a much more relaxed and old-charm atmosphere than Ho Chi Minh City…although it feels like there are just as many motorbikes filling the streets! In Hanoi, a great way to spend the time is to explore the streets around the French Quarter where there’s still a wonderful array of colonial architecture and quiet cafes.
Hanoi is also home to some of Vietnam’s most important institutions. There are plenty of museums and art galleries to visit. Probably the most iconic monument, though, is the Mausoleum of Ho Chi Minh where you can wait in line to go inside and see the leader’s embalmed body. There is plenty of history in Hanoi, so I would recommend leaving enough time to get a good balance of relaxation and exploration.