It’s not hard to see why Star Wars is such a beloved staple of movie cinema. Epic light saber battles, spaceship shootouts, distinctive costumes, strange alien species, and one family’s never ending soap opera come together to form one of the greatest stories of all time. All of this is set amidst gorgeous backdrops, from the desert sands of Tatooine to the dense forests of Endor.
With The Force Awakens blazing its way toward new world records, now’s an excellent time to see where all the action takes place. Here are some filming locations for the new film you can plan your next trip around.
Rub’ al Khali Desert, Abu Dhabi, United Arab Emirates 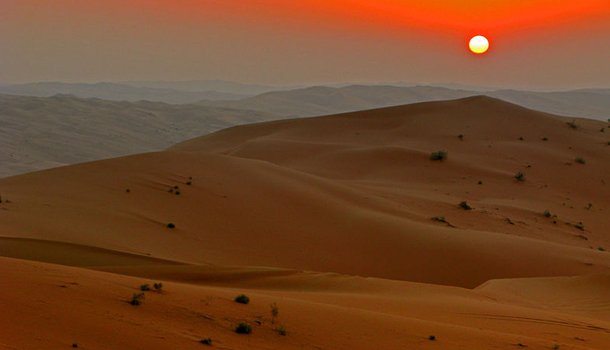 Fans of the series will remember Tatooine as the home planet of Jedi hero Luke Skywalker, but the action in The Force Awakens takes place on a different, yet similarly sandy world known as Jakku. The home of Rey is also somewhat of a desolate wasteland and to achieve the look of a desert planet filmmakers took the action to the largest continuous desert on Earth, Rub’ al Khali, the Empty Quarter.
It’s actually easy to get to, only two hours outside of Abu Dhabi and close to some of the UAE’s best shopping and nightlife. The area is a popular spot for plowing sand buggies through the dunes and for camel riding, among other outdoor pursuits. There are also desert resorts close by, so don’t worry about getting stranded in the heat.
Island of Skellig Michael, County Kerry, Ireland 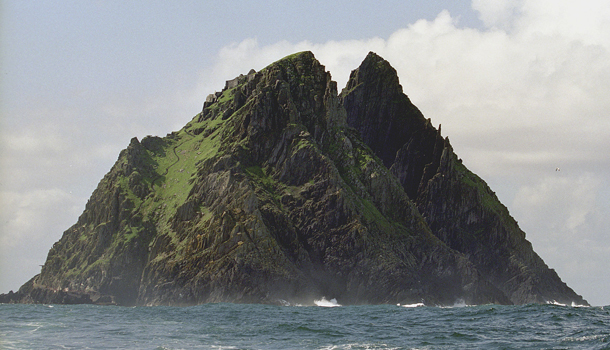 We can’t exactly say what happens on the enormous island of Skellig Michael in the movie without giving too much away, but let’s just say the area was looking a little tattered once filming was complete. Actually, filmmakers got into a bit of trouble because of the amount of repairs needed to the UNESCO World Heritage sight left in their wake.
Whatever the issues, the island is such a striking piece of natural beauty it’s worth a visit whether you love the movies or not.
Puzzlewood, Forest of Dean, England, UK 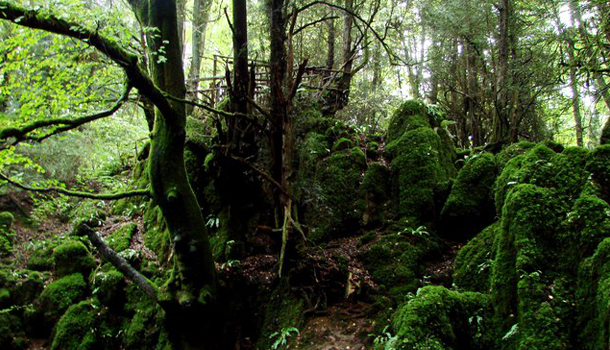 When news of filming in the Forest of Dean hit the media, fans immediately called it as a potential location for another battle on Endor, the home of the beloved (and slightly creepy) Ewoks. What we do know is that a significant fight scene does take place here and it’s become a hotspot for fans of the movies since filming wrapped. Locals have even set up special walking tours of all the important locations.
Lake District, UK 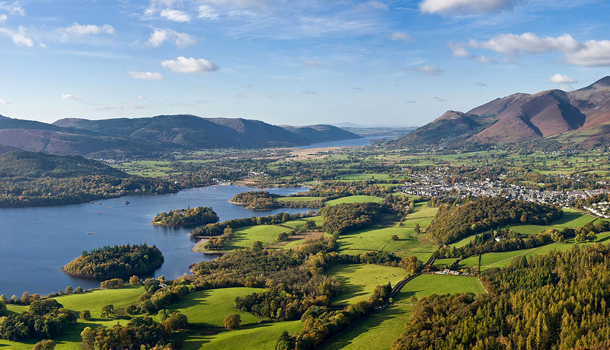 Much of the filming for The Force Awakens took place in the UK and the Lake District was the home of some important aerial battles. Derwentwater Lake in Cumbria can be spotted during one prominent sequence, and it’s also an amazing place for a vacation. The artsy Lake District is a favorite among sports enthusiasts and collectors, and Lodore Falls makes for a wonderful day trip to experience some of the best of the UK’s nature.
Greenham Common, UK 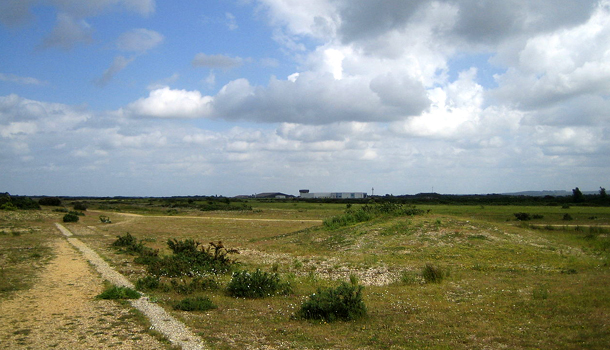 A British man got quite the surprise when looking through photos he’d taken with his drone over an old RAF airbase in Berkshire. It turns out the drone captured photos of a filming set holding large scale models of both X-Wings fighters and the famous Millennium Falcon.
War buffs will get a kick out of exploring the old missile silos and British Air force replicas within was is now considered public parkland. The area has some great historical value and provides some wonderful insight into the history of British warfare.
My’vatn Lake, Krafla Volcano, Iceland 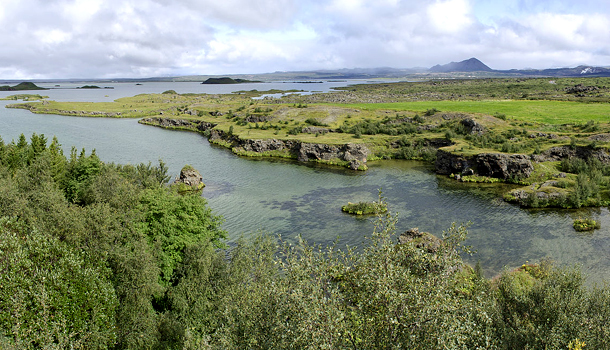 One of the most beautiful locations of the film is a little off the beaten path. A battle scene spanning across both Krafla volcano and My’vatn Lake in Iceland makes for great cinematography and also a unique travel destination. The area is covered in lava fields, craters and the Dettifoss waterfall, making it both spectacular and a little frightening at the same time. We’re pretty sure the Krafla isn’t set to erupt anytime soon, though.
Travelers also come here to view the Northern Lights in one of the best spots in the world, as well as experience the unique forms of wildlife living among the areas nature preserve. Fun fact: not only was it a filming location for The Force Awakens, but it’s also the setting for areas north of the Wall in Game of Thrones.