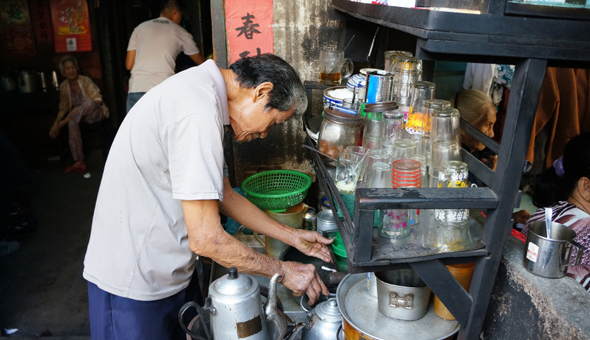 Ho Chi Minh City. Saigon. No matter what you call it, Vietnam’s capital city is quickly becoming a must-see destination for backpackers and vacationers around the world. From the vibrant markets to the upscale eateries, the city is quickly establishing itself as a contender for one of the most interesting capital cities to visit.
A Sip of the Morning
Vietnam is one of the world’s largest coffee exporters and, as such, you can bet it has some of the tastiest brews around. You’d be doing a disservice to yourself to pass it up. It’s hard to pinpoint a specific location to have a sip, but L’Usine is certainly a top contender in terms of both price and taste. Of course, you can’t go wrong simply browsing around and picking a spot of your own that looks more your style. They’re big fans of adding ice to their black coffee here, and it’s fantastic, so don’t be afraid to give it a whirl.

History Lessons
After a little coffee to liven up your morning, it’s time to take a dip into the city’s history. Vietnam, as you probably know, is home to one of the world’s bloodiest wars. The Ho Chi Minh City Museum is a great place to explore the details of this harrowing time for the country and its citizens.
From there, make your way toward the Reunification Palace. The building is essentially a reconstruction of the original Independence Palace, which fell after a tank was driven through the gates in the spring of 1975. After the fall of Saigon, the new palace was built with the tank still in place. While the inside is beautiful in its own right, the real draw here is the mystifying garden where the enormous armored monster still resides.
There are also numerous pagodas lining the streets of Ho Chi Minh City, but the most ornate and popular is easily the Jade Emperor Pagoda. This pagoda is filled to the brim with the busts of various deities significant to local culture, but the real treasure lies in the courtyard in the form of a statue depicting the goddess Quan Am who watches over the sacred Bodhi tree protected within the pagoda. 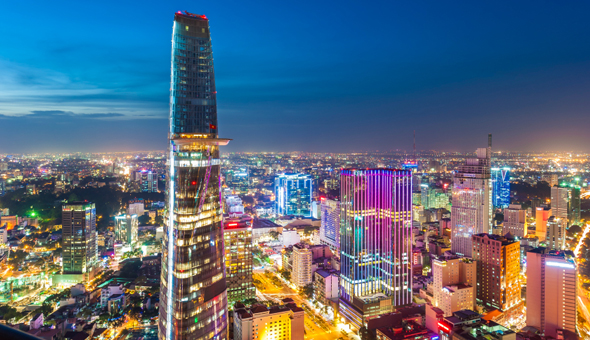 An Afternoon of Shopping
One of the locals’ favorite pastimes in Ho Chi Minh City is shopping. With the sheer wealth of options available here, it’s no surprise, really. Make your way down Dong Khoi Street to weave in and out of colonial-style buildings left from French occupation while sampling foods from the various street vendors. The area was once home to many of the infamous “go-go” establishments popular among American GIs back in the day, so don’t be surprised to find a few of these places still standing today.
Once the evening sets in, the vendors of the famous Cho Ben Thanh start to take over the streets, so make your way over to try and score some great deals on local crafts and other goods. Careful though, the locals have been at this for a while and are great at parting you from your money. Test out your haggling skills but try not to get a raw deal in the process.
Party the Night Away
Finally, it’s time to get your dance on. Ho Chi Minh City comes alive at night and the dancing options are endless. However, it’s the karaoke that locals truly love here. You’ll find it in most of the bars you step into, so go ahead and throw caution to the wind and show them what those pipes can do. Hey, this might be one of the few times you’ll find karaoke in a place where no one knows your name so it’s now or never!