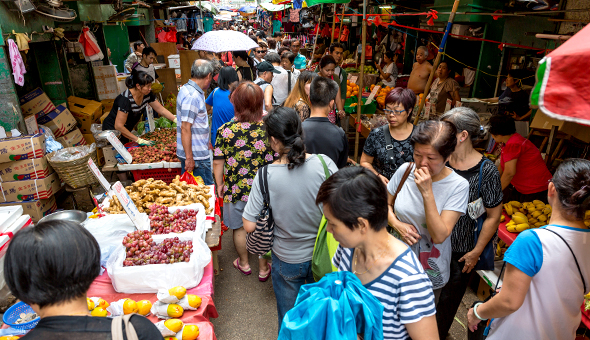 Traveling is often seen as an expensive proposition, but it doesn’t have to be. There are some simple, cost-cutting tricks that’ll help you cut down on expenses while still allowing you to have a great time. Follow these tips and you should be able to travel on less than $50 a day.
Slum It
Okay, we don’t want you staying in actual slums—that’s not safe—but you shouldn’t be shelling out money for the Ritz. Stay in hostels or, better yet, take advantage of the awesomeness that is Airbnb. You can find some really great deals for next to nothing if you’re willing to share space with other guests and locals.
Stop Eating Out
It’s okay to splurge on a nice meal to test out the local cuisine, but doing so every day will drain your bank account fast. Instead, eat out a couple of days a week and hit the grocery store to stock up for the rest. You survived on ramen noodles in college, you can do it again for a week.
Use the Bus
Renting a car is pricey, whereas taking the public transit can be as cheap as $5 a day. Most large cities have enough buses and trains to get you from here to there. Not only is it cheaper, in some cases it’s safer. Drivers be crazy, even overseas.
Skip Out on Some Attractions
Be honest with yourself—do you really care about seeing every major tourist attraction in the city you’re visiting? Chances are the answer is no. Some people just couldn’t care less about art, while others can’t leave a city until they’ve seen every single statue. Pick the spots you really want to see, and skip the expensive tickets for those you don’t instead of visiting places just to say you did.
Use Budget Airlines
This one is particularly useful if you’re traveling around Europe. Forget trains, you can hop from most major cities in the EU on budget airlines like Ryanair for as little as $20 if you’re lucky. They have special deals going on all the time and you can country hop on the cheap and in half the time.
Take a Friend
The wonderful thing about traveling with friends is that you can often split the costs of things like transportation and room and board. Take a friend or five and get used to sleeping on a floor. Why pay $50 for a hotel room when you can pay $10 and bring along an old sleeping bag?
Stop Drinking So Much
A lot of younger travelers like to sample the beer selection in every city. It’s fun, but it’s also the fastest way to empty your wallet. You don’t have to be drunk all the time to have a good time. If you do, you might want to see a therapist about that.
Instead, it’s okay to call it a night a little early and stow that cash away for your next destination. A little responsibility goes a long way. Unless it’s Oktoberfest—then you’re just going to have to get someone to buy you a few drinks.