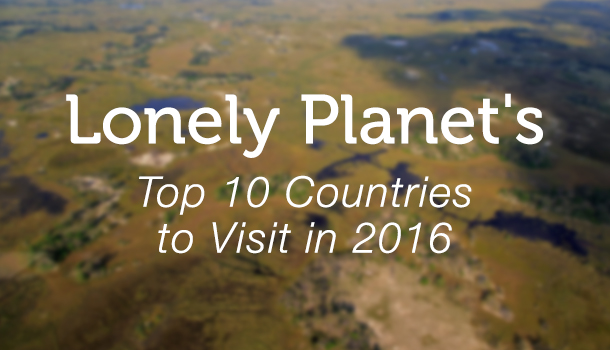 If you’re having trouble deciding where to travel in 2016, you’ll be happy to know that Lonely Planet—the company behind those awesome travel guidebooks—has you covered.
Lonely Planet recently revealed its top 10 must-see countries for 2016, and we’re pretty excited. The list travels across multiple continents, covers climates hot and cold and features some expected favorites and some surprise new additions.
The question is, where will 2016 take you? 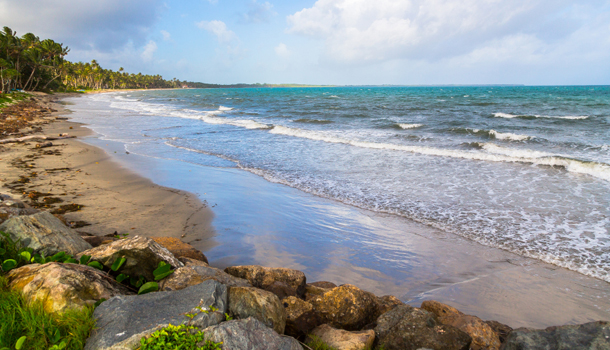 There are awesome island getaways, and then there’s Fiji. It’s difficult to describe just how special Fiji is, but it’s safe to say that it’s the closest thing there is to paradise on earth. When you’re not relaxing on the beach or exploring the islands, be sure to spend some time soaking up the culture in the local villages. 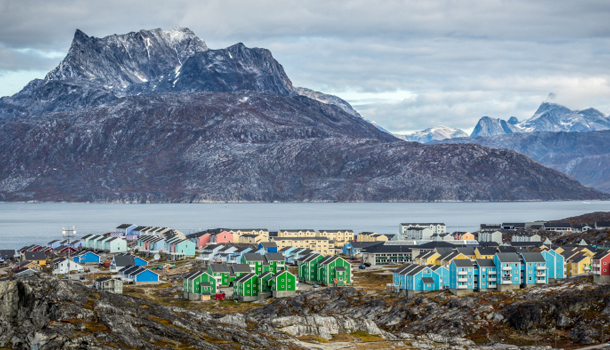 Peace, quiet, and next to no cell phone service. Greenland is the place to go to get away from it all and to immerse yourself in Mother Nature’s fantastic creations. Whether you’re basking beneath the Northern Lights, watching whales in migration or checking out an epic glacier, Greenland is sure to provide a heavy dose of adventure. Outdoor lovers, this is your paradise. 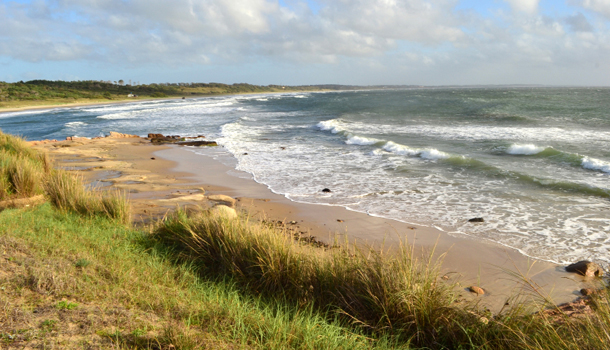 You’ve probably heard quite a bit about its two neighbors—Brazil on the one side, Argentina on the other—but Uruguay is a worthwhile destination of its own. Safe, peaceful, and heavy on the culture, a trip to Uruguay involves partying at the beach, meandering through cowboy country, catching some surf in a seaside village, and taking in the sights of its incredible cities. You’ll leave with an insatiable desire to return again one day. 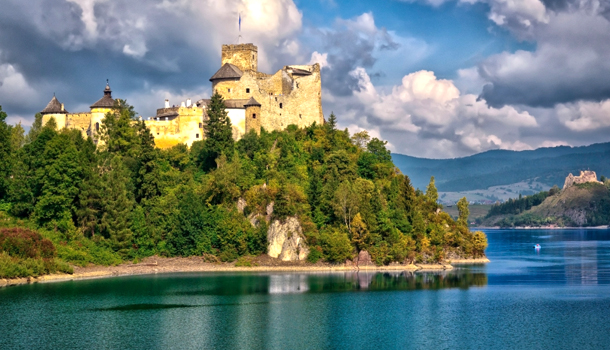 Whether you’re heading to Poland to experience its thriving music scene, its fascinating history, its booming cities, or its delicious food, this is the time to do it. Air access to the country is now easier than ever, and Poland is poised to become a bona fide European hot spot. If you have plans to head to Europe, you’ll definitely want to spend some time taking in this beautiful country. 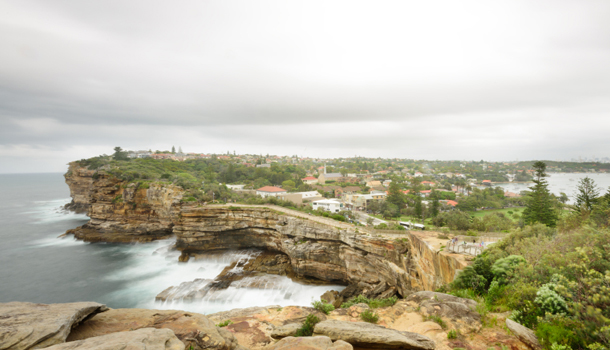 Australia just may be the world’s worst-kept travel secret. It’s easy to see the appeal: quaint beach towns, a mellow way of life, rugged backcountry, and too many natural attractions to count. But, as Lonely Planet points out, the current weak Australian dollar makes it worth visiting in the coming year; it’s definitely worth the mega long flight to get there. 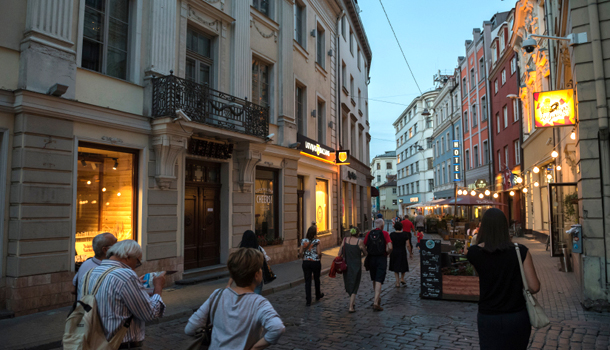 This hidden European gem made Lonely Planet’s list just in time to celebrate its 25th anniversary of freedom from the Soviet Union. Whether you’re after restored castles, mouthwatering local fare, or quaint countryside, you’re sure to find it in Latvia. Best of all, you’ll find it much less touristy and busy than many other European destinations. 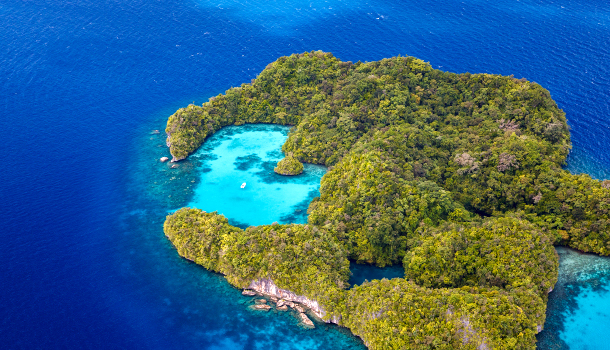 There’s no doubt that this Pacific archipelago is ridiculously beautiful, but to discover the reason Palau made Lonely Planet’s top 10, you’ll have to don some SCUBA gear. Palau features some of the world’s best diving and snorkeling in the world, and the country has recently taken some major steps toward protecting and preserving its underwater marvels. Make plans to visit Palau, both above and below ground. 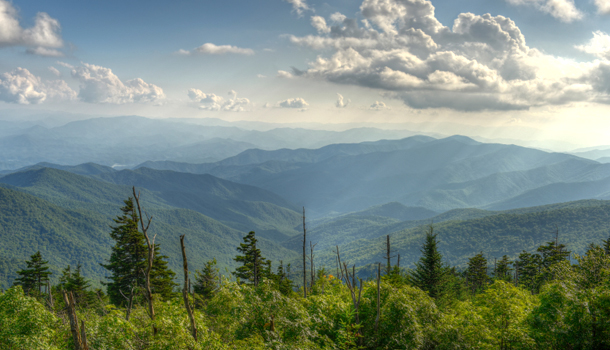 You don’t always need to go far for an epic vacation. The United States made Lonely Planet’s list this year largely because the National Park Service is turning 100 in 2016. If you’ve never explored the incredible landscapes across this country, now is the time to do so. Don’t forget your party hat! 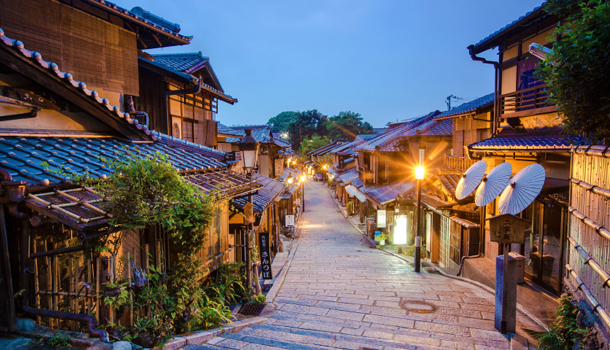 Japan isn’t just an experience, it’s several experiences, each entirely unique. It has futuristic cities, tranquil countryside, epic mountains, and a rich history. Japan will also be host to the 2020 Summer Olympic Games, which will be taking place in Tokyo, and we have a feeling this country will be generating plenty of buzz in the years to come. 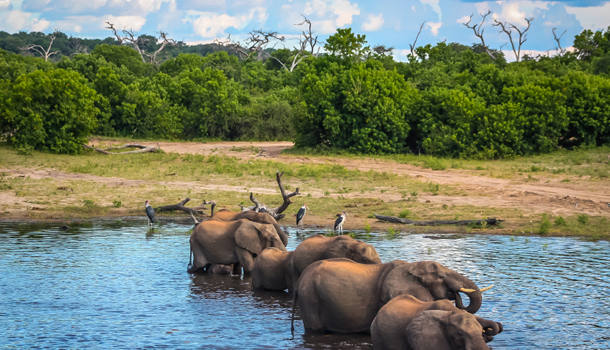 The only African country to make it to the list, Botswana earned the coveted #1 spot thanks largely to its incredible wilderness; nearly a fifth of the country is dedicated to national parks. This progressive and safe country is the place to go for once-in-a-lifetime experiences, like a safari through a game reserve.
images ©istockphoto