Sucre, Bolivia: Possibly The Most Charming City in the World


If you’re looking for a city loaded with charm and an endless variety of activities for your next getaway, look no further than Sucre, Bolivia. It might just be the most charming city in the world.
The Buildings Are Absolutely Beautiful
There’s a reason they call this the White City. The streets are lined with an endless array of neo-classical architecture in numerous shades of the pristine color. I kid you not, nearly every building in this town is one version of white or another. It might sound monotonous, but walking along the streets of Sucre is anything but bland. Coming from America where most city streets are muddy brown, concrete gray and black it’s a welcome change.
They’re Kind of Stuck In the Past
From the buildings to the music playing in the clubs, it might feel like you’ve entered some kind of weird time loop once you step foot in Sucre. Music form the 80s and 90s continuously plays throughout the restaurants in town walking down the street will seem like you transported to a different era. 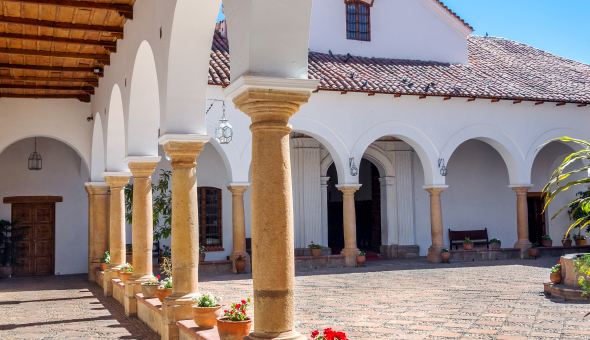 
The People Are Extremely Friendly
They won’t make you feel like a tourist in this town. The local population is one of the friendliest I’ve come across in my travels, though that might be due to the fact that their economy kind of depends on tourism. No matter, though, because all of the people here truly do come off sincere in their welcoming attitudes.
It’s Peaceful
Sundays are pretty much dead in Sucre. It’s a wonderful day to walk the city streets and take in your surroundings without dealing with rabid tourists and locals. That’s because most people spend time with their families or travel to the Sunday market in Tarabuco, leaving the streets empty and clean. 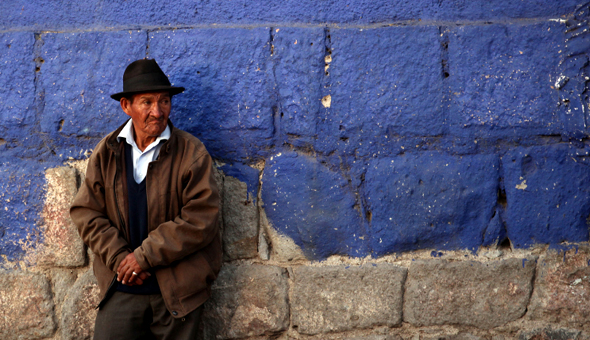 
You’ll Be Guided Through Town By People Dressed Like Zebras
Perhaps the most endearing part of Sucre is that you never have to be worried about trouble when crossing the street—they have zebra crossings to help you out. I’m not talking about sections where actual zebras wander across street corners but, rather, Sucre provides tourists with friendly locals dressed in zebra outfits to help you navigate the endless array of street vendors and roads.
It’s Affordable and Accessible
Holy cow is this city cheap. I’ve often heard people joke that it’s cheaper to eat out in Sucre than it is to stay in and cook, and truth be told that’s not far from the truth. You won’t have to worry about breaking the bank after a trip here, but you might have trouble making room for all the goodies you’ll buy at the Sunday market and off of the local street vendors.
It’s Easy to Unplug Here
Internet service is pretty awful in Sucre, which only makes the place even better in my opinion. The lack of Wi-Fi forces you to get your nose out of your iPhone and actually experience the world around you for a bit. That’s something that we could all use a little bit more of, don’t you think?