Tales From The Safe – The Pot Plant That Moved An Office

The Pot Plant That Moved An Office

This is a story about how a pot plant falling off a shelf turned Pacsafe from two guys working in their apartment, into a more professional operation. 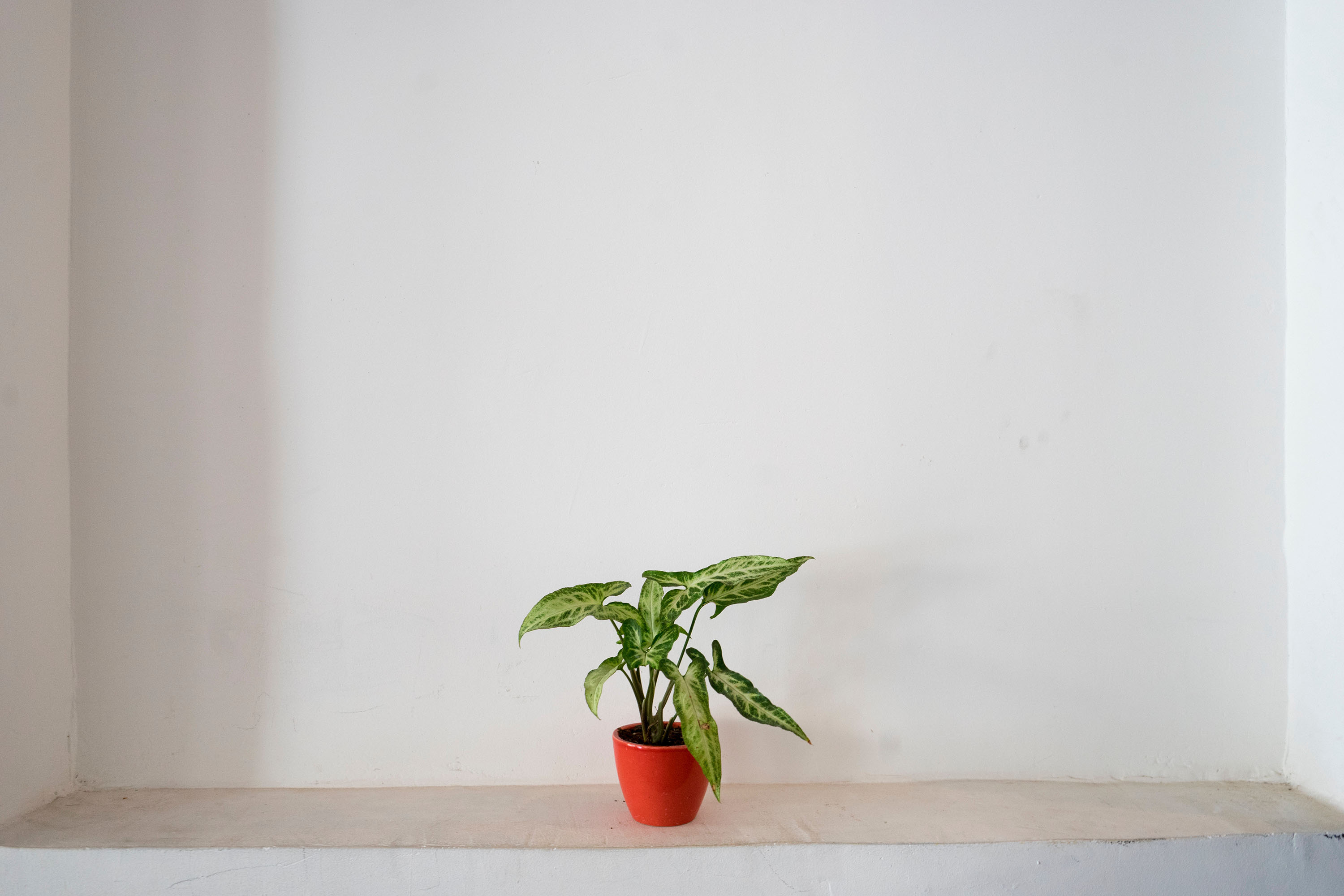 When Pacsafe started in 1998, founders Rob and Magnus used unturned garbage bins as desks in their shared apartment in Wan Chai, Hong Kong. The tiny space needed to house their beds, clothes and somehow an office area.
“There was absolutely no room for a cupboard to put things, so Rob built a long shelf above our workspace,” recalls Magnus. “It must have been 3 or 4 meters long, with a gap just before the window. At the far end was my shelf of clothes, which was not much, since I was fresh out of university and life as a backpacker. The rest of the shelf was reserved for work files that where were propped up by this pot plant. Every time we added a box file in, the pot plant would get pushed across by the files. One day I noticed this and looked at Rob. I really wanted to be in a proper office, but we had no money.Everythinghad to go into production. We even worked without our shirts on in the heat to save money on air conditioning. So I said ‘Rob, once this pot plant has no room to slide over, we’re getting a new office’. Rob said ‘deal!’.” 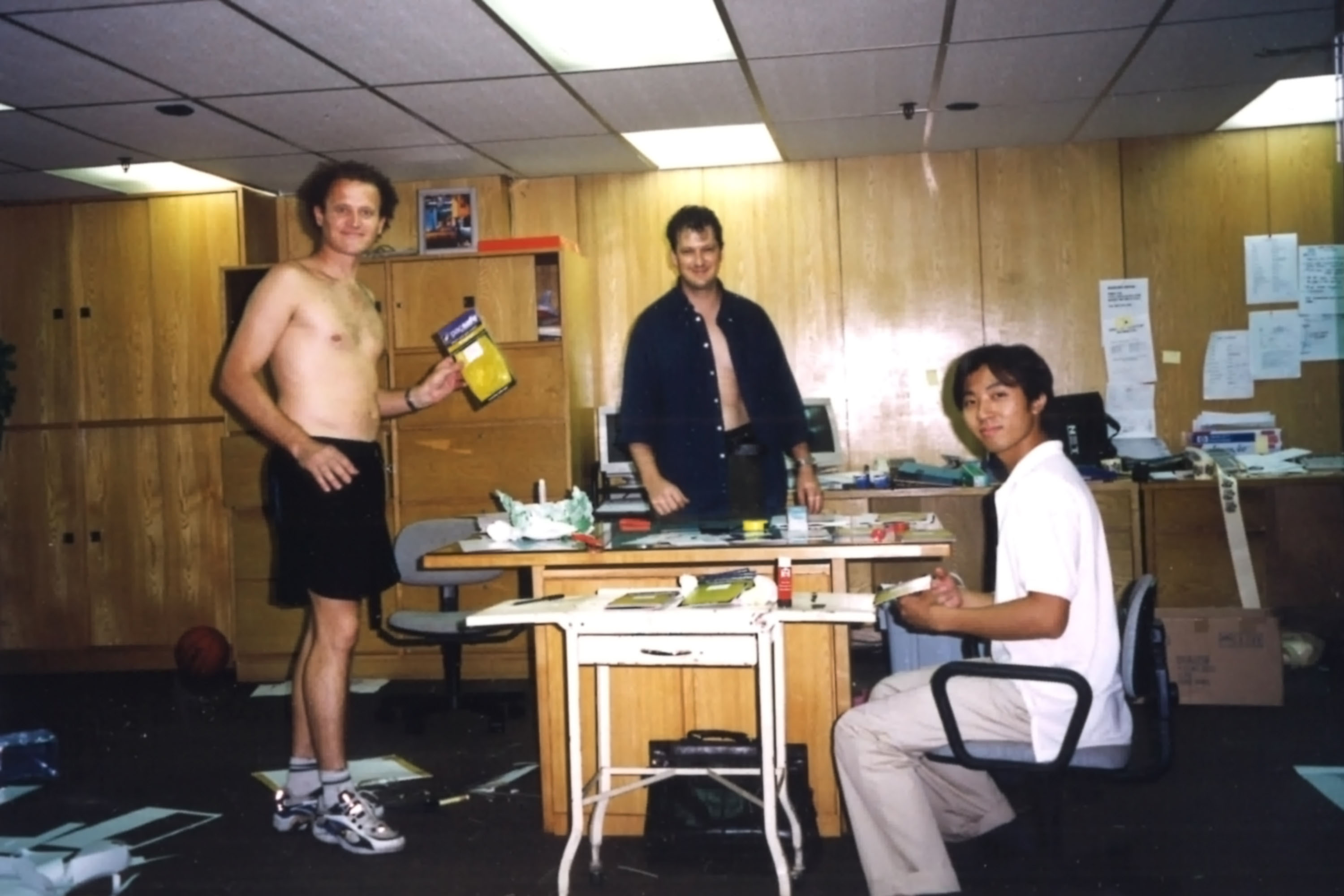 Of course, 3 to 4 meters is quite a lot of shelf space. The pair soon forgot about their bargain, getting lost in the daily aspects of the business. Things began to grow enough that they hired an office worker to somehow squeeze into the apartment as well during work hours. Within a year, Rob and Magnus went from their first infamous trade show where they showed up uninvited, to opening up accounts in 27 countries. Dealing with so many countries meant they clocked up massive hours to deal with time zones, often working from 8 am until well past midnight. They even forgot it was Magnus’s birthday one day. Of course when they did realize, they wrapped up work at 1 am and went to a nearby pub for a well-deserved beer and late celebration.

“Anyway, we were just going about business as usual one day,” Magnus continues. “I started a new box file because we’d just opened a new country. I was quite into box files in those days. When I pushed it into the row, the pot plant fell off the end onto the ground. I looked at Rob and he just went ‘Yes, got it.’ He stood up straight away and walked out without another word. I was like, wow, this guy really is a doer. That’s Rob. Why do something tomorrow when you can do it today? He came back about 3 hours later and went ‘Right, we got a new office. We move in next week!’ By that time, we had enough money to just cover the rent. So, that was a big turning point for the business to be able to move out of our apartment and into a real office.’
With the new space, Pacsafe began to grow even more. Product development expanded from the single eXomesh net, into 8 different sizes, then some fabric pouches with slash guards to prevent cut & run theft. This product evolution would take Pacsafe from being a fledgling innovator in the travel security space to being a true pioneer of anti-theft backpacks. 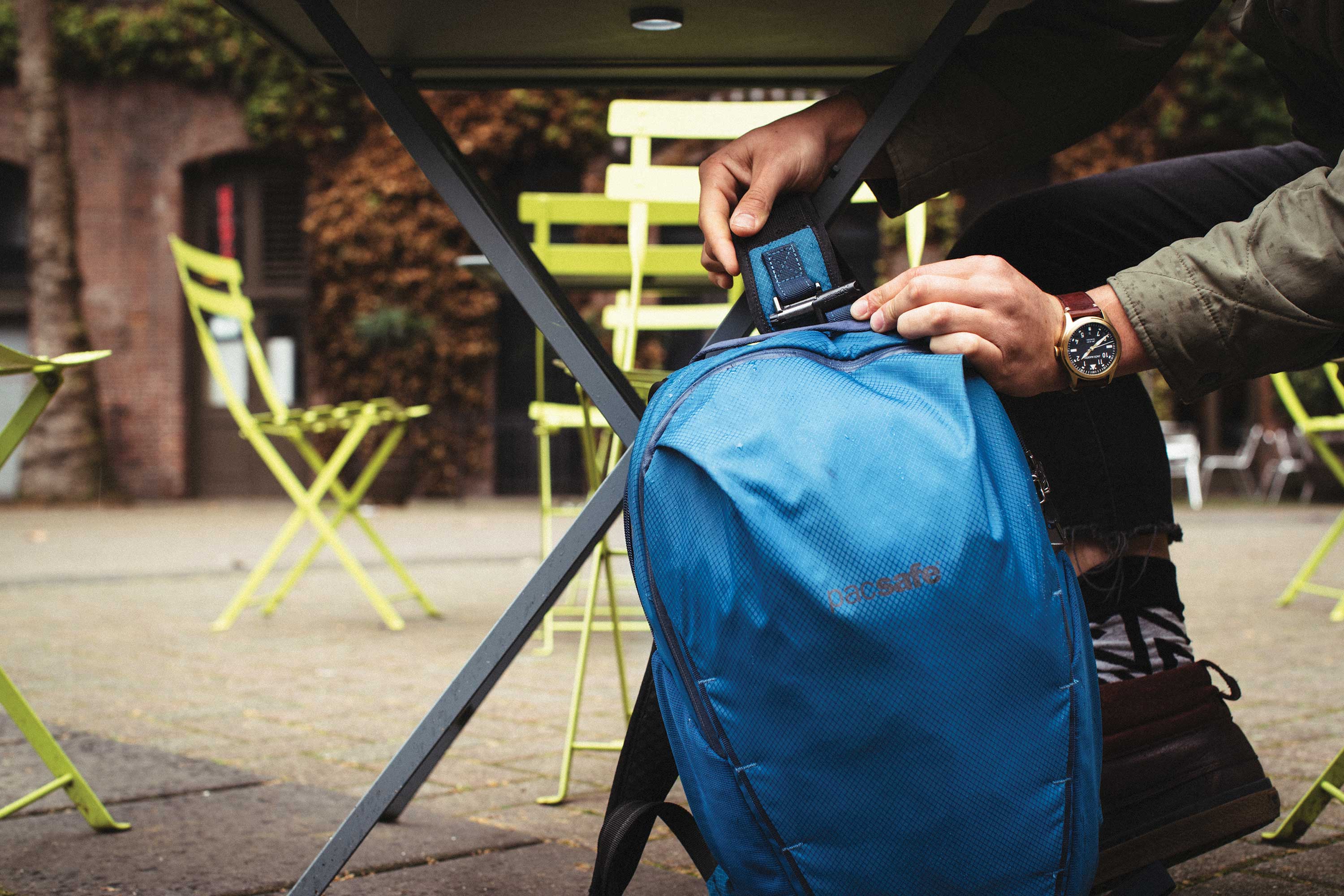