The Olive Ridley Project: Saving Sea Turtles in the Maldives 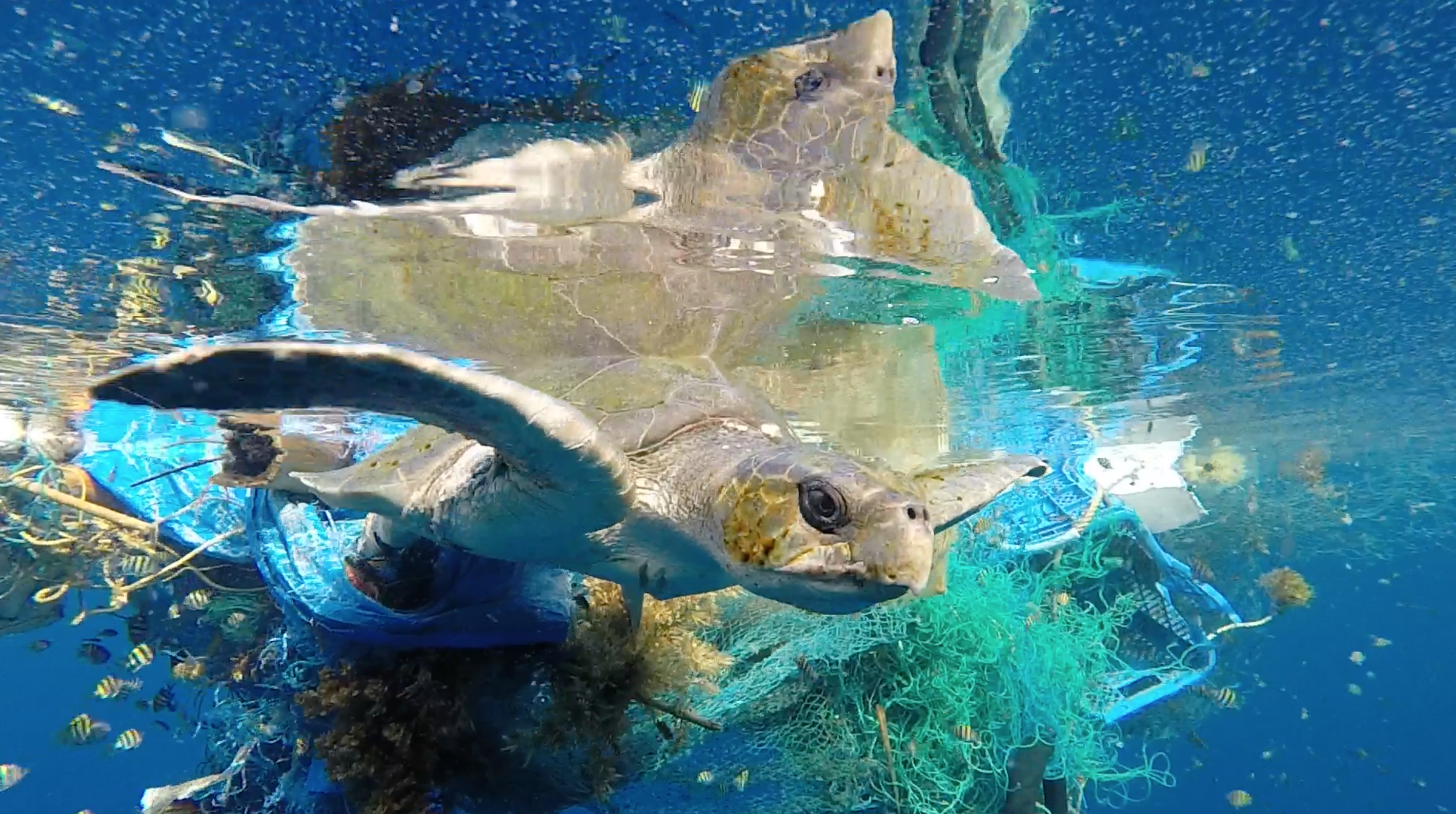 The Olive Ridley Project (ORP) is exceptionally close to my heart and I have been fortunate enough to work with them for almost two years. We are unique in providing veterinary care in an island nation where there are currently no veterinary clinics present. The rescue centre itself is also based on a resort and therefore shares the luxuries of what you’d expect on a Maldivian tropical island, beautiful vistas of white sand and blue seas. The guests are exceptionally lucky to pass by the rescue centre each day and check on the current turtle patients, and it is where I called home for almost a year!

ORP is a UK charity whose initial purpose was to better understand the phenomenon of olive ridley sea turtles washing ashore entangled in fishing nets. The charity wanted to provide veterinary care for these sea turtles entangled in the abandoned nets. It has since expanded to increase the awareness of ghost nets in the Indian Ocean and their detrimental effect on wildlife. Resort staff and Maldivians would find many olive ridley turtles entangled, floating or washed ashore on many atolls within the Maldives. This was troubling as the nation does not use nets to catch fish, predominately the fishermen use pole-and-line method for catching fish, famously for tuna. It was also of concern as olive ridley turtles do not nest in this region of the Indian Ocean and are not known for swimming in the surrounding waters.

The charity partnered with Coco Collection, a Maldivian owned chain of resorts in the Maldives, to create a Marine Turtle Rescue Centre on one of their islands, Coco Palm Dhuni Kolhu, Baa atoll. The Marine Turtle rescue centre’s team consists of a full time veterinarian, a Maldivian intern, and international volunteers throughout the year. It is also the first veterinary centre, and currently only veterinary centre in the country! 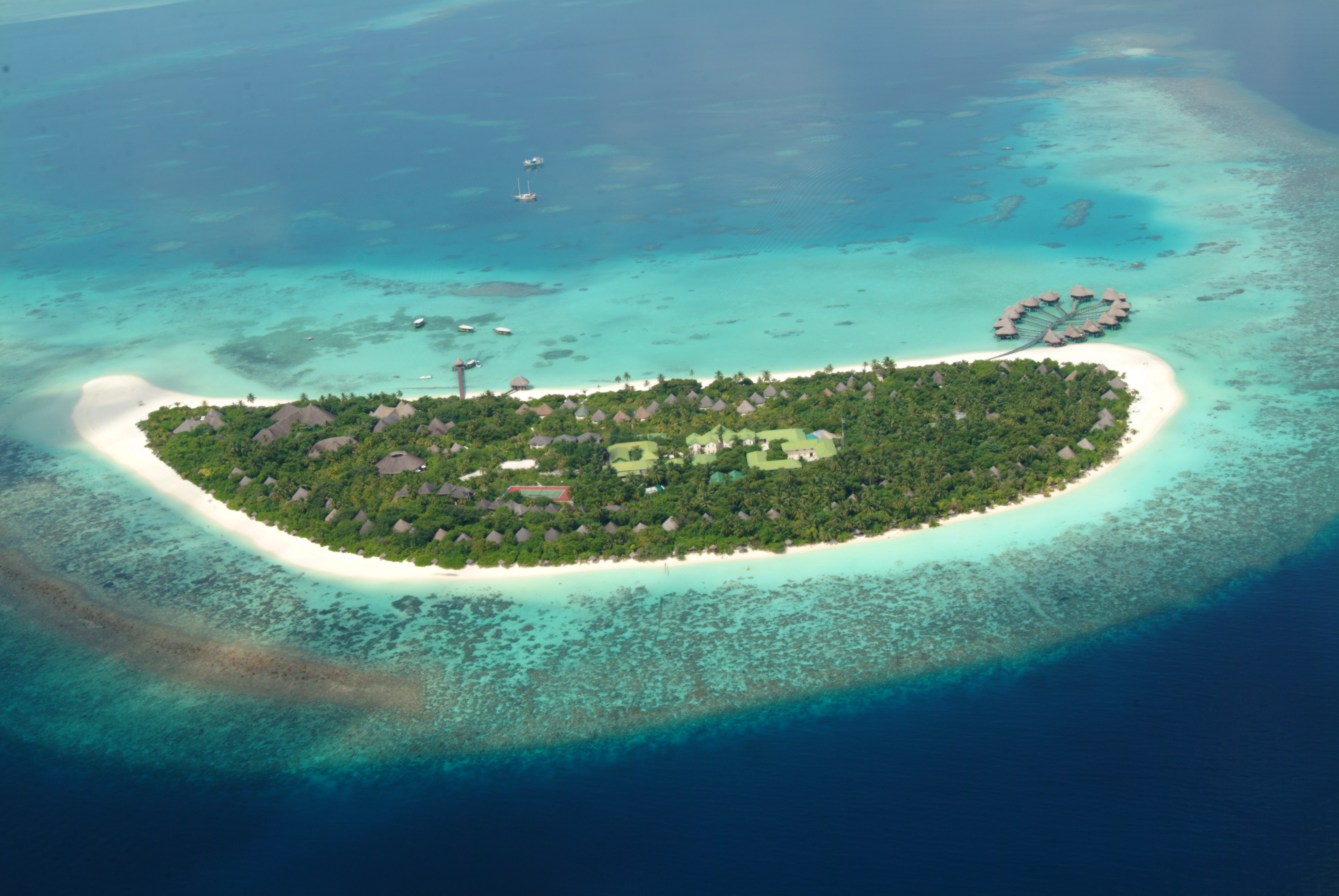 The main aim of the rescue centre is to provide medical support to all sea turtles, especially those which abandonned or ‘ghost’ nets have entangled.  The detrimental effects of ghost nets can be felt far from their point of origin; they can float in ocean currents for years or decades, traveling huge distances. These nets can continue to entangle marine animals long after they have entered the ocean in a process called “ghost fishing”. Entanglement can lead to exhaustion, suffocation, starvation, amputations, and, eventually, death. 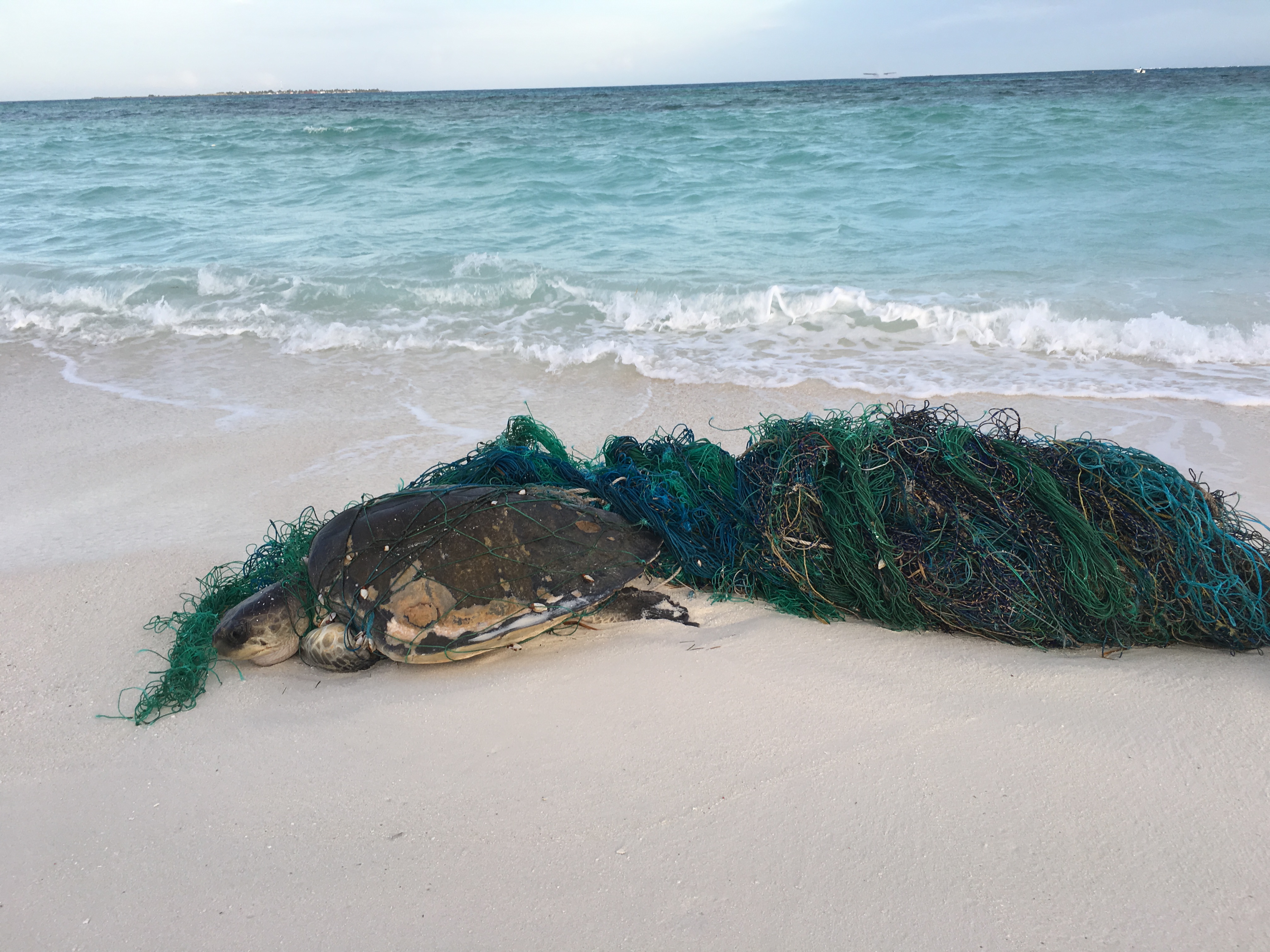 In the last three years over 300 turtles have been rescued from ghost gear in the Maldives. The majority of these are Lepidochelys olivacea(olive ridley species). Local fishers, marine biologists, and recreational divers have all rescued entangled turtles. Previously residents would immediately release these turtles once disentangled, or send them to centres run by marine biologists to receive variable forms of first aid.

The Olive Ridley Project can now provide these injured turtles with appropriate medical care until they are deemed sufficiently fit to be released. The Marine Turtle Rescue Centre is also used as an outreach program for local schools, hosting regular field trips and presentations. It will also serve as a training centre for young Maldivians in a country where no other opportunities for training in veterinary medicine or animal husbandry are currently available. 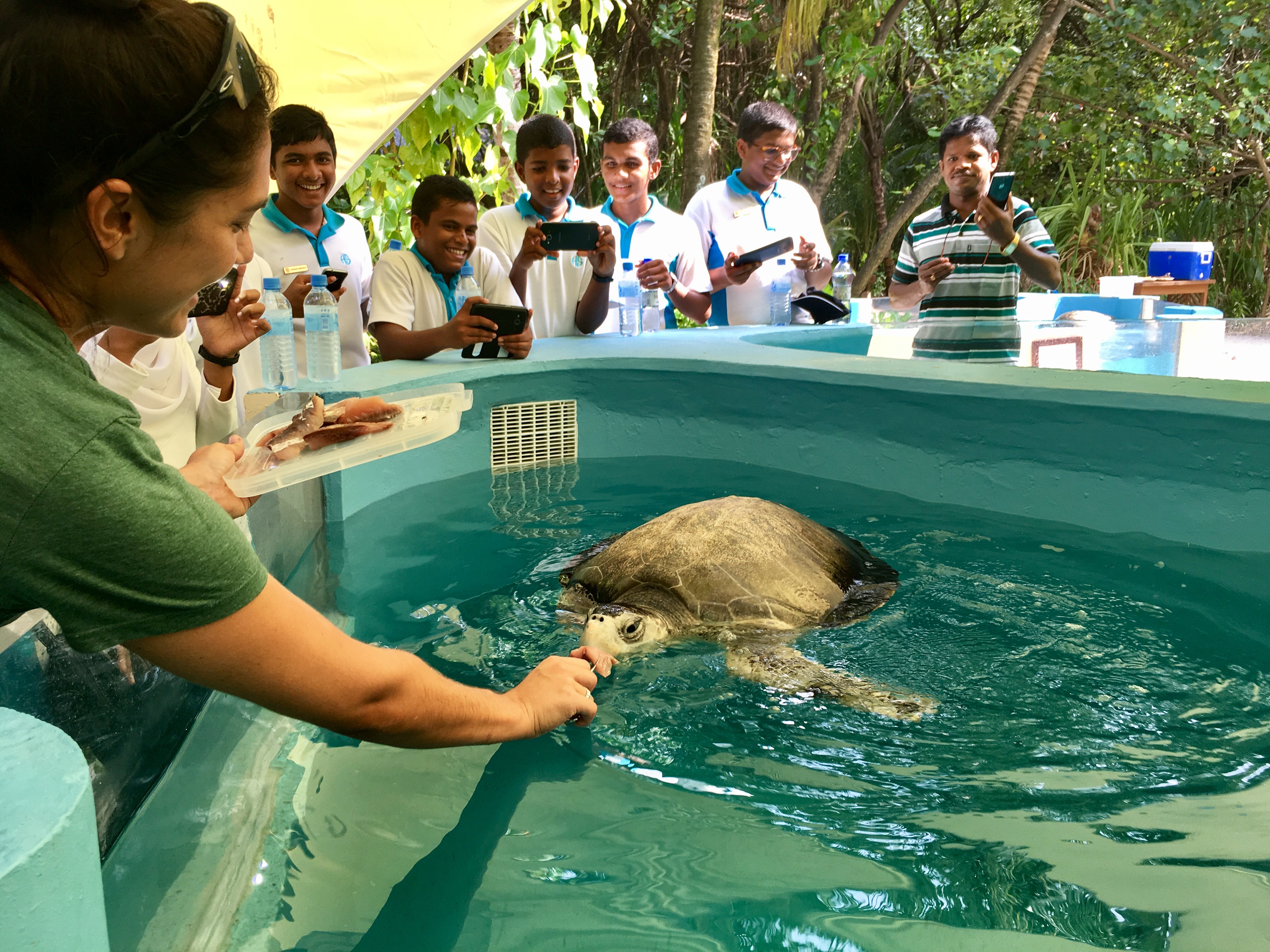 An important goal of this rescue centre is to centralize the treatment of these turtles, and raise awareness of their plight. The ORP already has over 13,000 followers on Facebook, with many being from the Maldives. Social media allows news of an entangled turtle to be received and acted upon in real-time. We encourage those reporting to follow the ghost gear protocol found on our website and input information including pictures as well as the size, material, and colour of the net(s) found. The data collected is invaluable for assessing and determining from where nets have originated. ORP can then target those that are abandoning or losing fishing gear and provide education, so that they can better understand the negative impacts that these nets are having on our oceans.

The project has also partnered with the Maldivian seaplane company, Trans Maldivian Airways. They allow free travel for sea turtles from any resort in the Maldives to the rescue centre. There are over 105 resorts in the Maldives spanning an area of 90,000 square kilometres. With open communication between many of the marine biologists, resorts and seaplane company we can move injured turtles around this incredibly dispersed country. 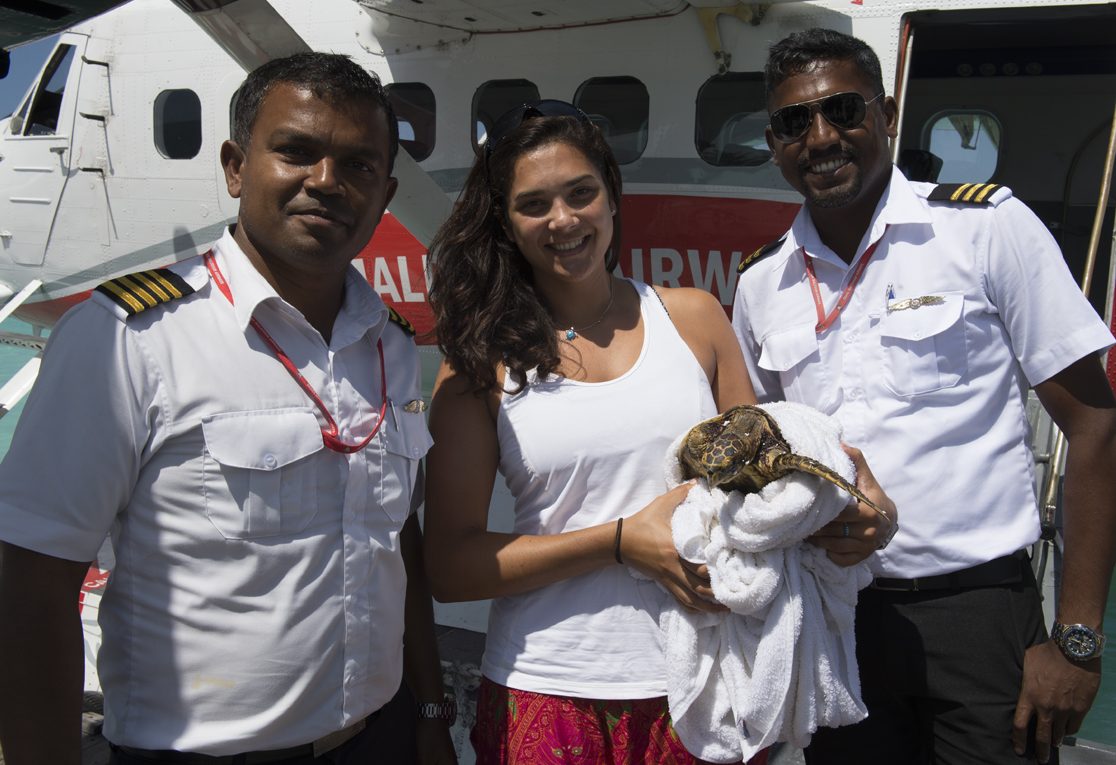 In the 16 months that the Marine Turtle Rescue Centre has been open, we have treated 44 turtles, admitting 4 of the 7 species, from 9 different atolls, some travelling distances of almost 400km and travelling by both seaplane and speedboat. We have successfully released over twenty turtles, with some still receiving care and others moved on to future homes. Sadly, many of the turtles required surgery, with over twenty requiring flipper amputations. Turtles can do very well in the wild with only three flippers, much like cats and dogs that have lost a leg, they quickly adapt to swimming in the sea. Adult female turtles have been found laying eggs with one flipper missing. So despite their awful injuries, they can go on to lead long and successful lives.

The Future for the Olive Ridley Project

The projectis continuously growing and adapting to the new demands presenting in the Maldives. Our future goal is to increase our presence all over the Indian Ocean. We would like to hire many more marine biologists to help spread awareness of our cause. We are also improving our veterinary facilities. In September of this year we will be installing a x-ray machine so that we can radiograph each patient when they arrive. Currently we are having to take a forty minute boat ride to the local hospital to borrow theirs! So this will significantly help the team and provide greater care for our patients. In time we would also like to satellite tag our turtles when they’re ready for release, to see how well they do back in the wild. This will also give us an idea as to where these turtles normally spend most of their time. However, this requires additional support and funding, so please if you’d like to help our turtle patients, please donate here.

Thanks to Pacsafe’s Turtle Fund we were really able to get the centre up and running last year, their fund helped support our veterinary centre, providing much needed surgical equipment and medical supplies. So a big thank you to such a brilliant venture!

Below, Luna was just one of the patients who greatly appreciated Pacsafe’s support! 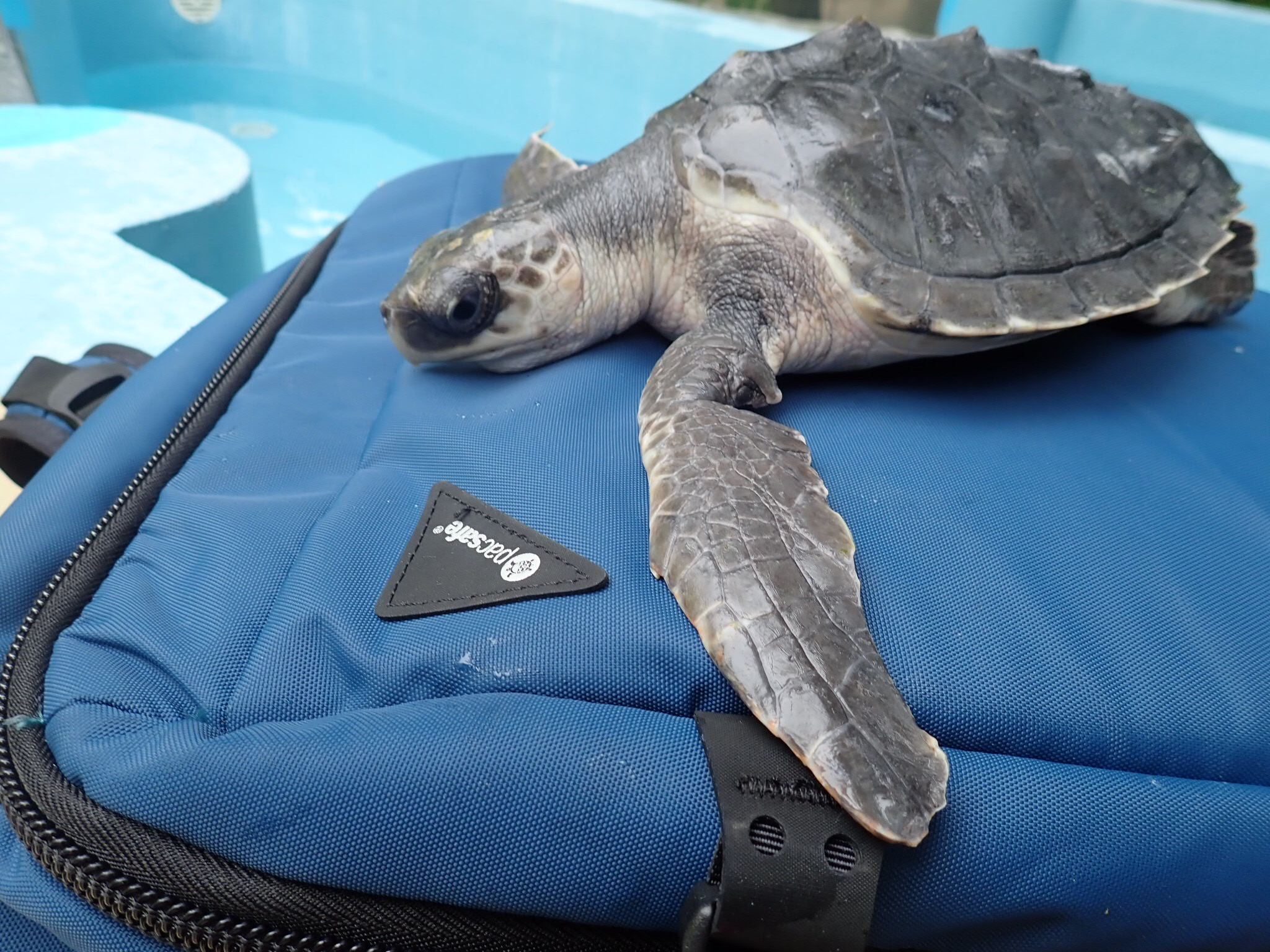 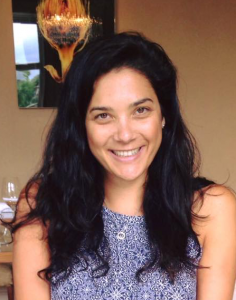 Claire Petros is a British veterinary surgeon that works for the Olive Ridley Project and actively increases awareness of ghost nets and the negative impacts of marine debris on wildlife. She is based in London but travels extensively to regularly attend conferences worldwide. Follow her adventures on Instagram here.