The Pacsafe Turtle Fund – We Are Committed! 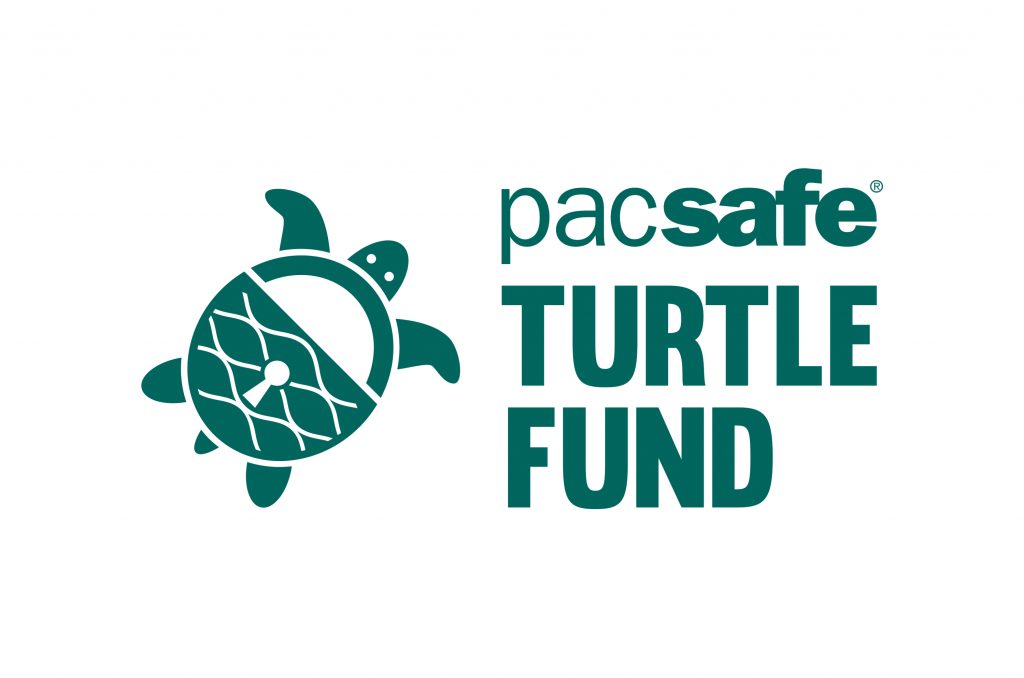 Migrating the globe with its home on its back, the turtle symbolizes endurance, wisdom and life in balance with the environment. These majestic creatures inspire Pacsafe’s mission to help people explore the world safely and respectfully, represented in our logo from the very start.
Our vision is a world where marine turtles thrive in healthy oceans the world over, safe against the threat of extinction.
Since 2014 we have been able to support projects such as The Olive Ridley Project and Fauna & Flora International, which work to rescue turtles that have been caught in discarded fishing nets, build hatcheries for nesting mothers, patrol beaches against threats like egg poaching and promote sustainable practices among coastal communities where turtles live.

If you are interested in applying for a grant, please scroll down to the bottom of this article and find out how. 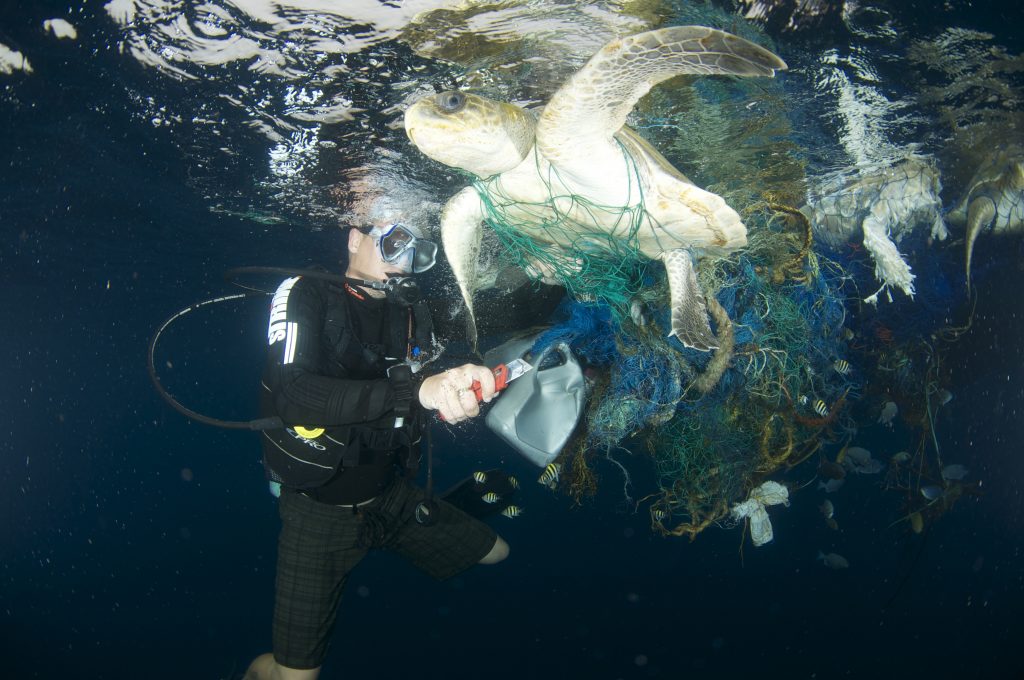 Photo Credit: The Olive Ridley Project
THE OLIVE RIDLEY PROJECT (2017)
The Olive Ridley Project exists to help rid the Indian Ocean of ghost nets – discarded fishing gear, which pose a threat to sea turtles especially vulnerable to entanglement. Every year thousands of turtles and other marine life are caught in these nets, causing stress, dehydration, starvation, and eventually death.
Funds from Pacsafe established a sea turtle rescue and education centre and purchasing medical diagnostic tools that will help treat injured turtles. The grant will also allow the development of educational materials for the local island school. 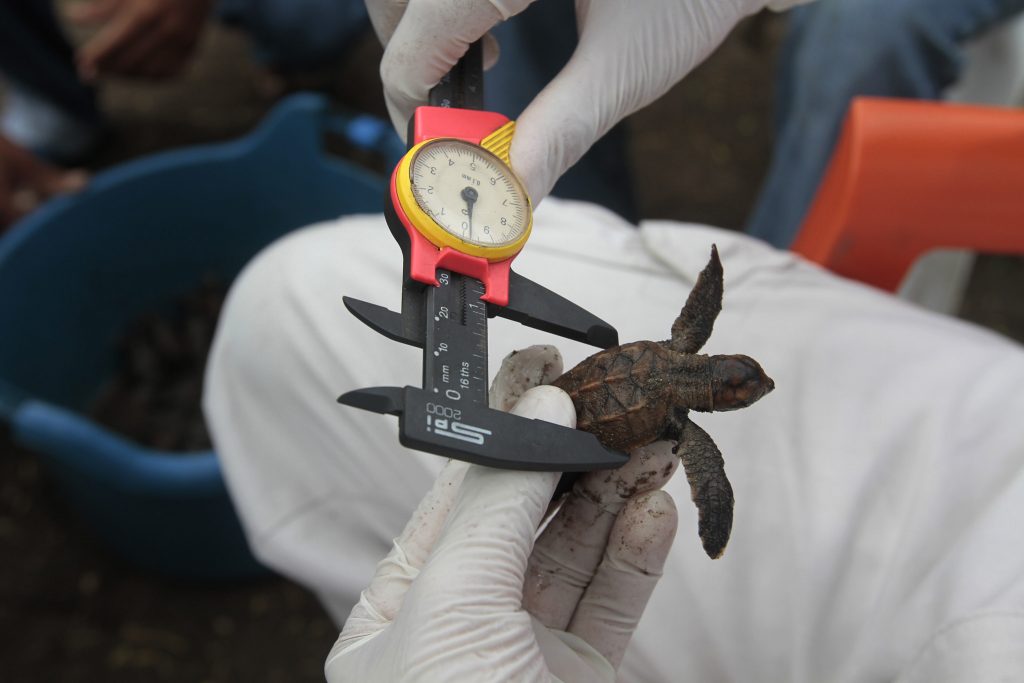 Photo Credit: Fauna And Flora International (FFI)
FAUNA AND FLORA INTERNATIONAL (FFI) (2017)
FFI is one of the world’s oldest and most respected international conservation organisations. They promote biodiversity through local partnerships, spanning approximately 140 projects in over 40 countries around the globe.
This particular turtle conservation project will use Pacsafe’s support to help construct a hatchery among priority nesting grounds in Nicaragua, ensure nest monitoring along 30km of beach, provide access to turtle friendly fishing equipment, and help create a story book for school kids to build an emotional connection with sea turtles. 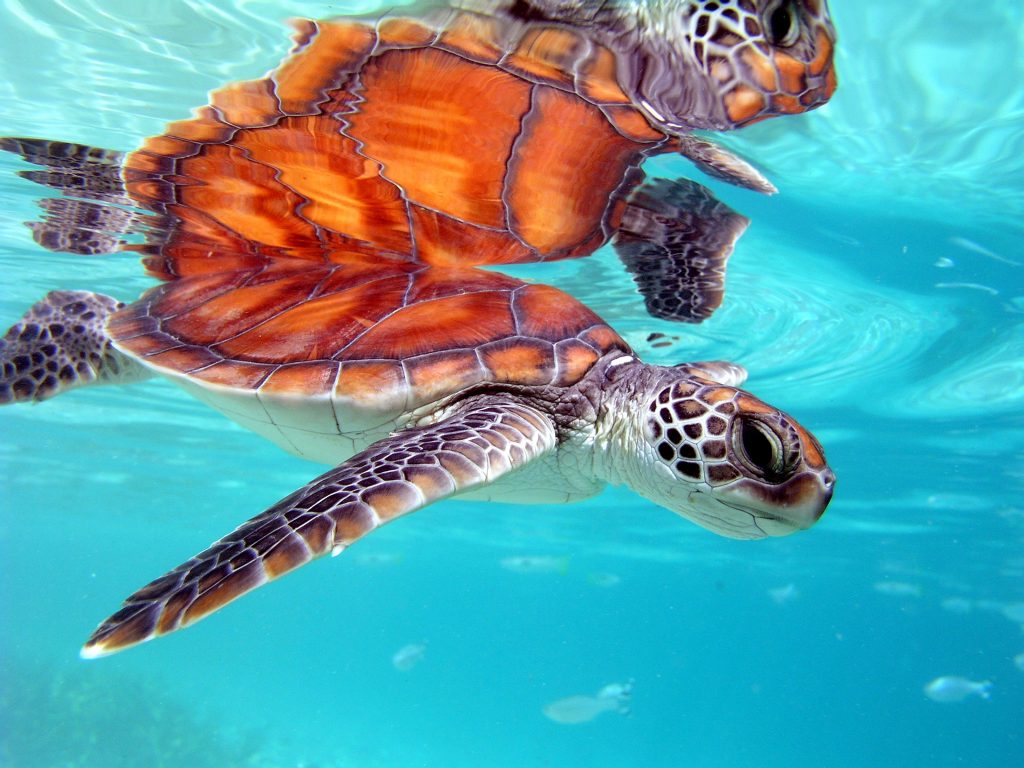 Photo Credit: Te Mana O Te Moana
TE MANA O TE MOANA (2016)
Te Mana o Te Moana is a non-profit organization that runs a Sea Turtle Clinic on the island of Moorea in Tahiti, treating turtles that have been found sick or wounded. They conduct awareness-raising activities with the general public and local communities, contribute to scientific research on turtles, and initiated a green turtle nesting monitoring program in 2007.
The funded project helped establish an updated operating and care protocol at the clinic, purchase medical equipment, and implement a systematic diagnostic by radiography for turtles received at the center. It also aided the creation of new pools for seriously endangered turtles, enabled the printing of 2000 copies of the “Booklet on sea turtles in French Polynesia” and funded a range of community events to raise awareness about turtle conservation. 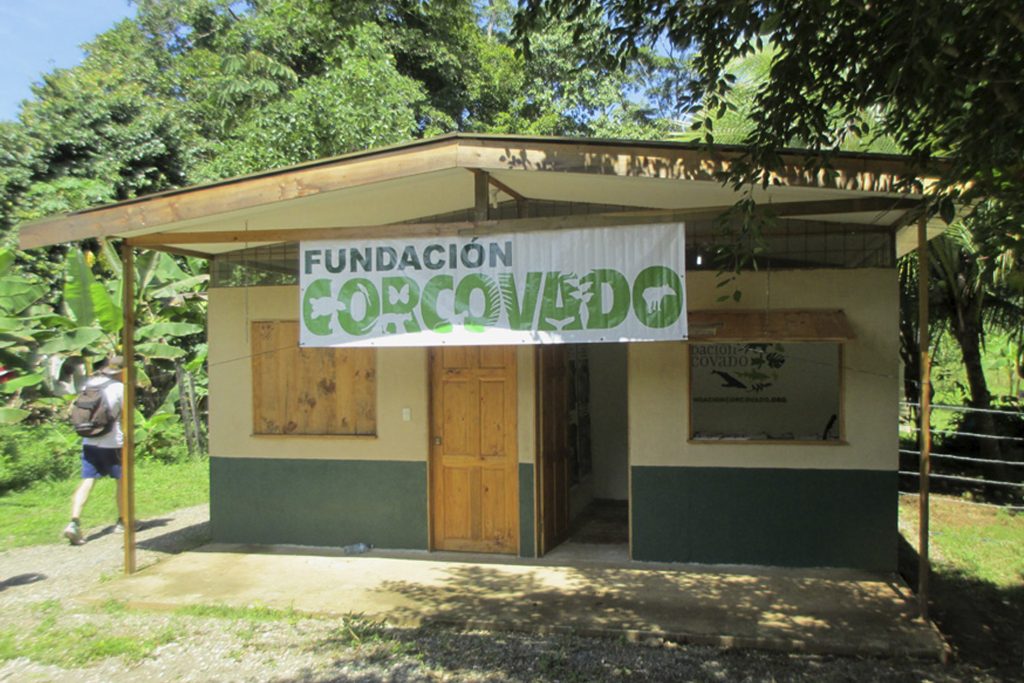 Photo Credit: Corcovado Foundation
CORCOVADO FOUNDATION (2015)
The Corcovado Foundation has protected beaches in Drake Bay, Costa Rica from illegal egg poaching since 2006. Through the creation of a turtle conservation association, and environmental education, the program has equipped the local community with the skills and experience to sustain their own conservation and volunteer program.
Pacsafe’s grant allowed Corcovado to build an additional conservation site in Rio Ora, which is home to over 2,500 nests laid by Olive Ridley, Green and Hawksbill sea turtles. The Rio Ora National Wildlife Refuge has emulated the success of Drake Bay and maintains and incidence of egg poaching below 10% of nests. After a substantial investment in infrastructure, they are now sustained via international volunteers, and income derived from the Foundation’s non-profit hostel. 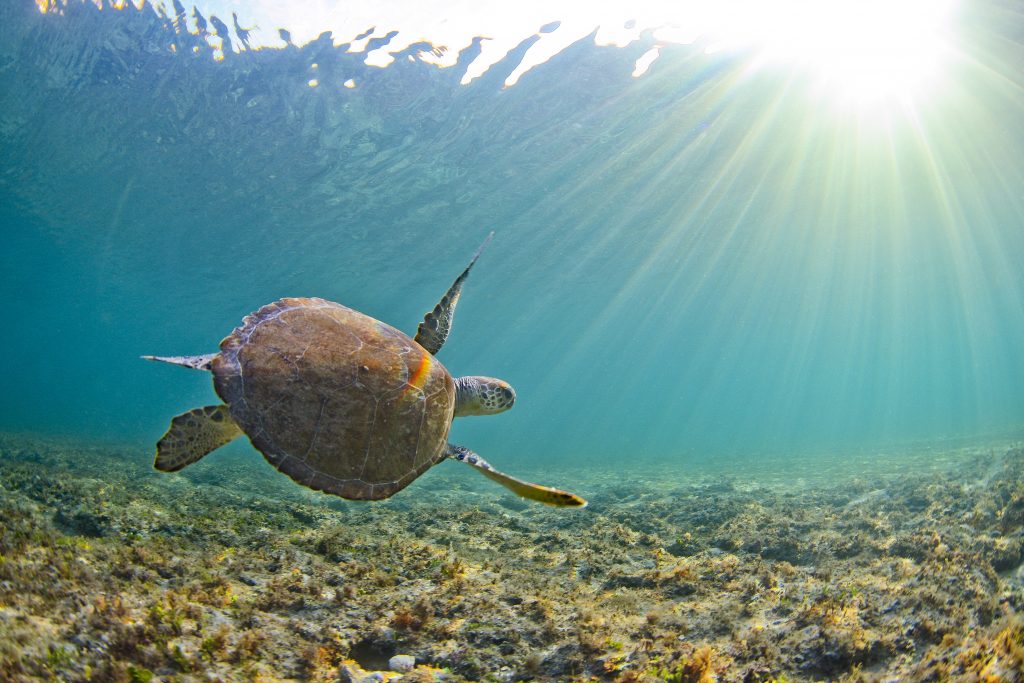 Photo Credit: Ben Hicks Fine Arts
THE SEA TURTLE CONSERVANCY (2015 & 2016)
The Sea Turtle Conservancy (STC) is the world’s oldest sea turtle research and conservation organization. Pacsafe’s sponsorship of STC in both 2015 and 2016 helped fund their Tour de Turtles Education Program, which tracks the migration of sea turtles through the USA, Caribbean and Latin America.
Through the satellite-tracking of sea turtles, STC has been able to gather definitive proof of these migration routes, enabling education of established foraging grounds and allowing the monitoring of breeding activity in those areas.
The fund also provided local community outreach in Florida, Nevis, Bermuda, Panama and Costa Rica, as well as worldwide awareness through the Tour de Turtles website. 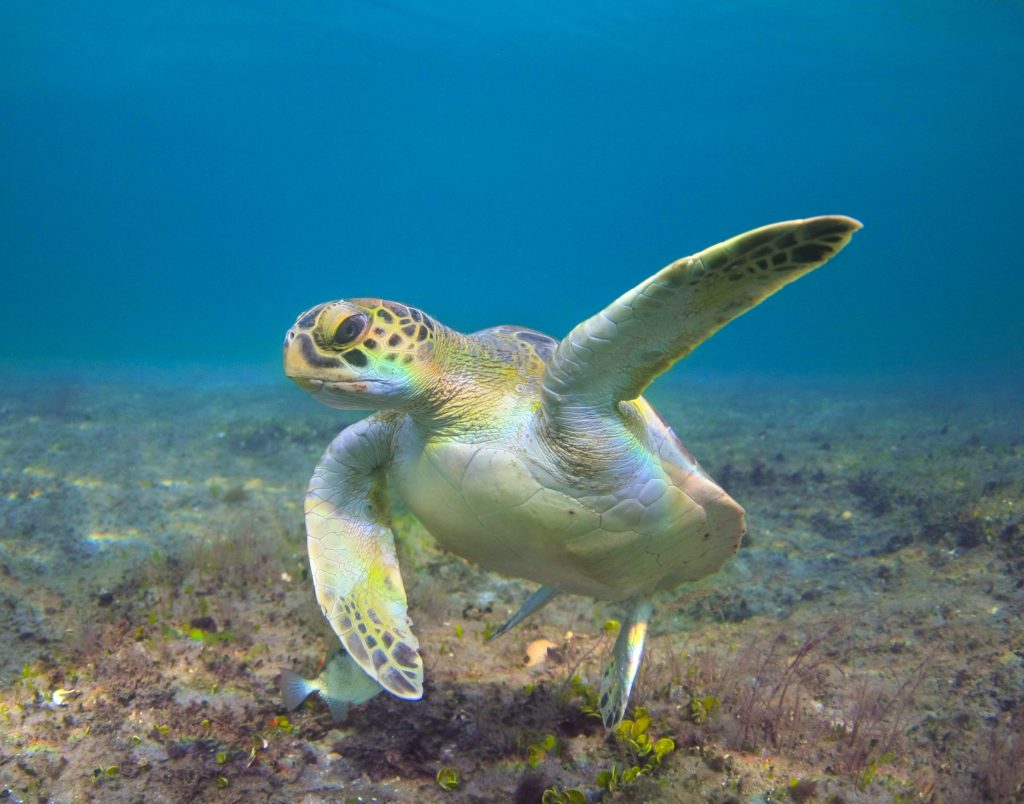 Photo Credit: Ben Hicks Fine Arts
PRO FAUNA BAJA (2015)
Pro Fauna Baja is a society of researchers dedicated to promoting conservation of endangered and endemic species in Baja California Sur, Mexico. They coordinate research activities on sea turtle nest monitoring with ASUPMATOMA and the University of Baja California Sur.
In 2015, Pacsafe funded an outreach program to recruit and train more than 50 international boaters and fishermen to assist in data collection on sea turtle migration in NW mexico, including age, depth of habitats, abundance, routes and substrate type. The data collected was essential in planning priority locations for future marine reserves in the area. 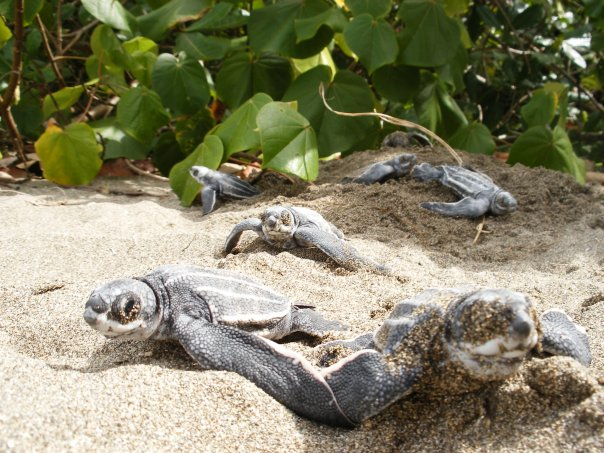 Photo Credit: Latin American Sea Turtles (LAST)
LAST (2014)
Latin American Sea Turtles (LAST) is a non-profit organization operating sea turtle conservation in the Caribbean of Costa Rica. Their vision is to realize a future where critical natural habitats are sustainably managed and healthy populations of sea turtles fulfill their ecological roles and economic potential.
Pacsafe’s contribution to the organization allowed for a hatchery to be built in a key nesting ground, helping to protect more than 200 nests in 2014 and 133 nests in 2015. Approximately 13000 baby turtles were released as a direct result, including leatherback, hawksbill and green turtle species. The project also covered all aspects of conservation, with efforts across local community involvement, environmental education, nightly and daily beach surveys, and monitoring nesting females for biometric data. 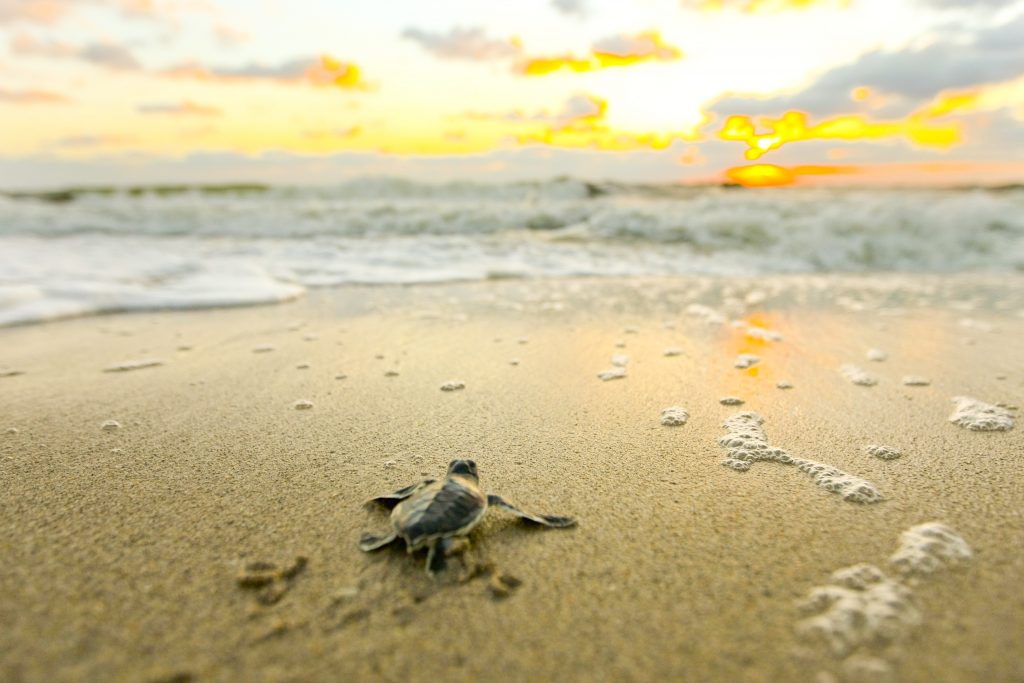 Photo Credit: Ben Hicks Fine Arts
TURTLE GRANTS – HOW TO APPLY
Non-profit sea turtle organisations can apply to us for grants and funds to help support the conservation of sea turtles in their country. Projects are selected at the sole discretion of the Pacsafe Management Team who also reserves the right to seek advice from outside field experts

Please download the application form here. Complete applications can be submitted via email to sschlipper@pacsafe.com.