The World's Most Delicious Locations for Chocolate Tasting 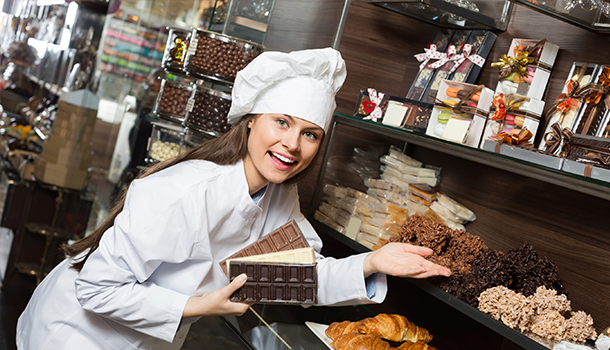 Some people explore the world to find off the beaten paths, others travel to find themselves and some pack their bags to indulge in delicious international foods from across the world, more importantly chocolate.
For those of you who don’t know, International Chocolate Day is coming up just around the corner (July 7th) and occurs every year on the same day globally. It has been said that chocolate was introduced to Europe on July 7th, 466 years ago. What goes on during this celebration? Well, the whole world eats chocolate. Simple. Delicious. Amazing
So, in order to embrace this wonderful day as travellers, what better way to do it than to share with you the world’s most delicious locations for chocolate tasting?
We’ve heard many claims before for which country boasts the best chocolate in the world, but today we’re sharing with you 6 of the coolest and most delicious locations for chocolate tasting. Chocolate truffles, chocolate museums, chocolate baths, hot chocolate, cold chocolate, you name it, these countries will have it.

Legends have it that a Swiss man by the name of Daniel Peters was the first to invent milk chocolate back in 1875. It should also be known that apparently the average Swiss person will eat more than 20 pounds of chocolate per year! There’s no denying that Swiss chocolate stands the test of time as we see brands like Lindt, Sprüngli, Toblerone, Milka, Nestlé and Mövenpick made in Switzerland and sold all over the world.

Brussels and Brugge might ring a bell when we talk about some of the best chocolatiers in the world, there’s more than 17,000 Belgian people involved in the production and selling of chocolate. They are also great places to be if you’re looking to explore the history of chocolate. Brussels is home to the Museum of Cacao and Chocolate, Brugge is home to the Choco Story Museum. Don’t forget top chocolate brands like Godiva, Neuhaus and Galler Chocolatiers all originate from Brussels. 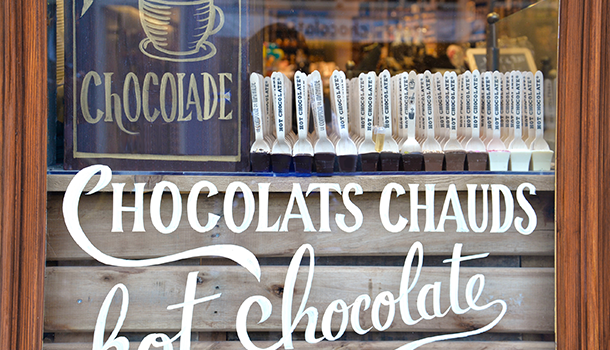 London, England may spoil us with delicious chocolate brands such as Terry’s, Kinder, Dairy Milk and Mars, but there are also smaller towns like Devon who share amazing chocolate stories at the Walkers Chocolate Emporium, an entertaining chocolate experience. If you’re intrigued, perhaps a stay at the Chocolate Hotel in Bournemouth, England is a good option? This is a chocolate themed hotel which includes chocolate tastings and specialized classes. 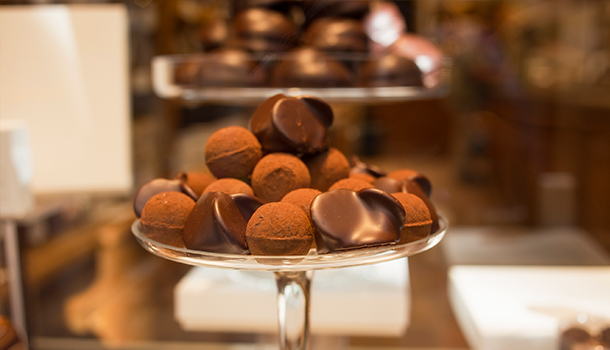 What’s the first thing that comes to mind when you think of France and chocolate? The film Chocolat that came out in early 2000 certainly sparks my thoughts. This movie was filmed in a small village in Burgundy, France and along the Dordogne River in Dordogne, France. However, it certainly doesn’t stop there. Paris, France has some of the world’s best chocolate boutique stores. The number of chocolate truffle shops that line the old town is amazing. Some of these shops include Boissier, Christophe Roussel, La Maison du Chocolat and Richart. If you’re looking for an educational experience, head on over to Geispolsheim where you’ll find The Secret of Chocolate Museum. 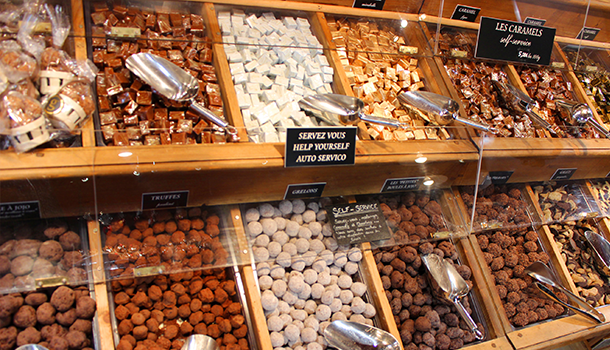 While Colombia might not be the producers of the world’s largest chocolate brands, there is certainly a chocolate story to be told. Along the Colombian Andes is where the first cacao trees were ever found to be growing. Chocolate is also quite ingrained in Colombian tradition. Drinking a cup of hot cocoa with your morning breakfast is certainly nothing out of the ordinary. The best part about it? Hot chocolate in Colombia isn’t just a pre-packaged powder mixed with water, it’s delicious bars of dark chocolate melted with hot milk and whisked to perfection.
Of course we can’t forget about other places like the Netherlands, Mexico, Costa Rica, Spain’s Xocolate Museum or Germany’s Imhoff Schokoladen Museum. The African continent also deserves some praise for producing more than 66% of the world’s chocolate supply! 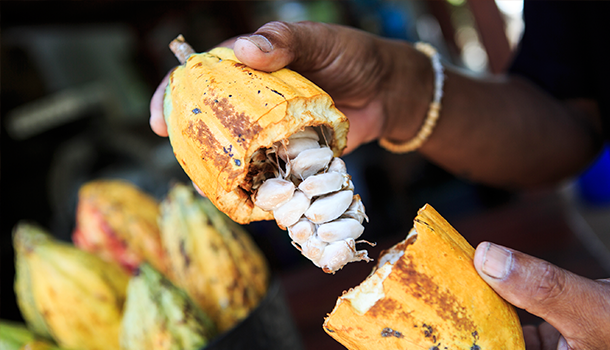 Well, where ever you decide to jet off and explore next, be sure to celebrate International Chocolate Day with a delicious bar of chocolate and don’t forget to fill your backpack with some extras for home!