Nothing says summer quite like a fun and exciting day at any amusement park. Besides all the thrilling rides you get to experience, there are tons of entertainment, exhilarating shows and scrumptious food to try. While the United States is home to more than 400 amusement parks and attractions, we’ve narrowed down the top 10 theme parks for you to visit this summer. 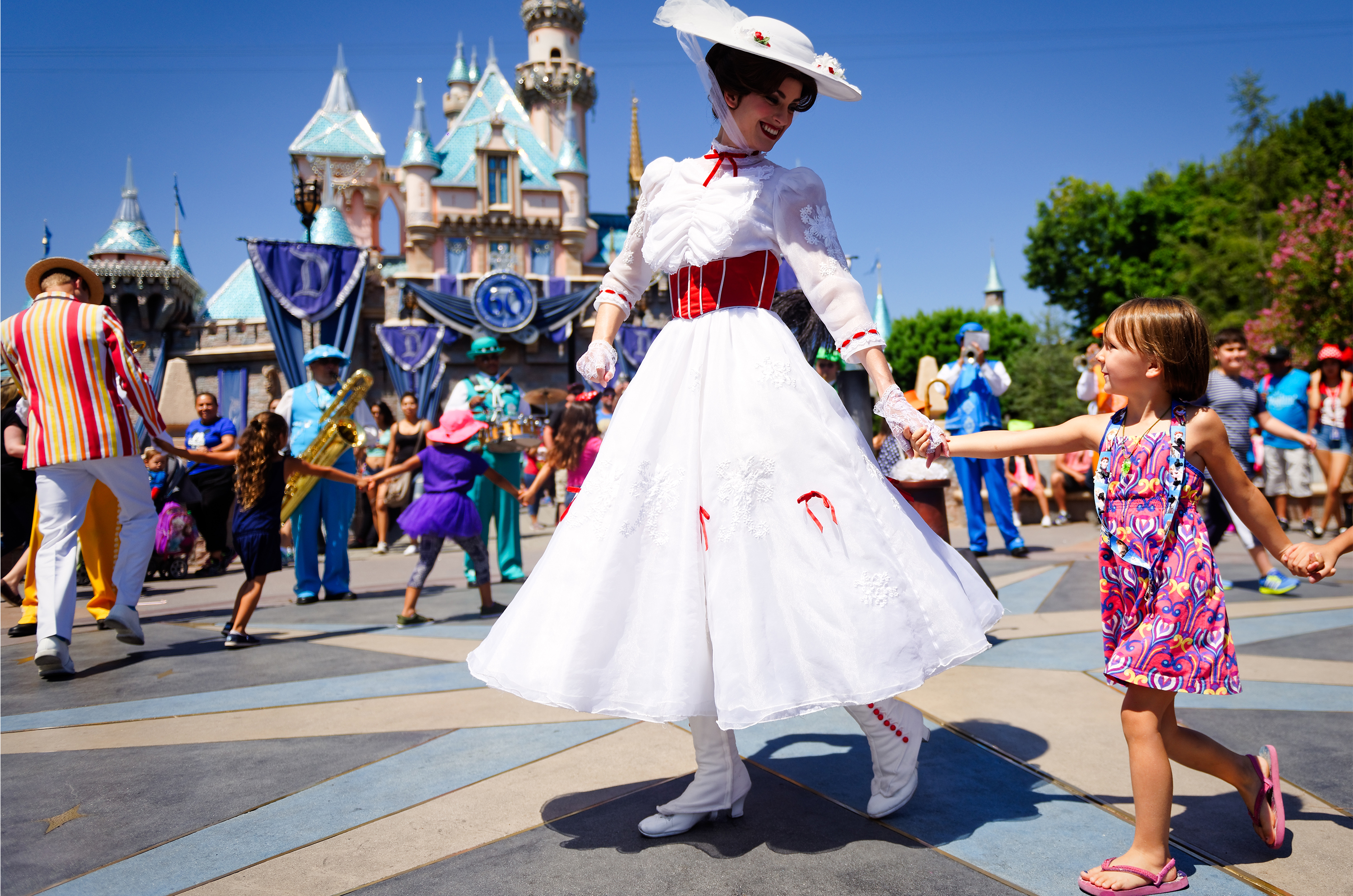 Disneyland Park, California
They don’t call this the “happiest place on Earth” for nothing. The original Disneyland Park in Anaheim was the brainchild of Walt Disney himself. The 85-acre park was built in 1955 with eight different themed “lands” that feature more than 60 invigorating rides and attractions. Some of the most iconic rides – It’s a Small World, Pirates of the Caribbean and The Haunted Mansion to name a few – can be found here, making up for what the park lacks in more adrenaline-pumping offerings. 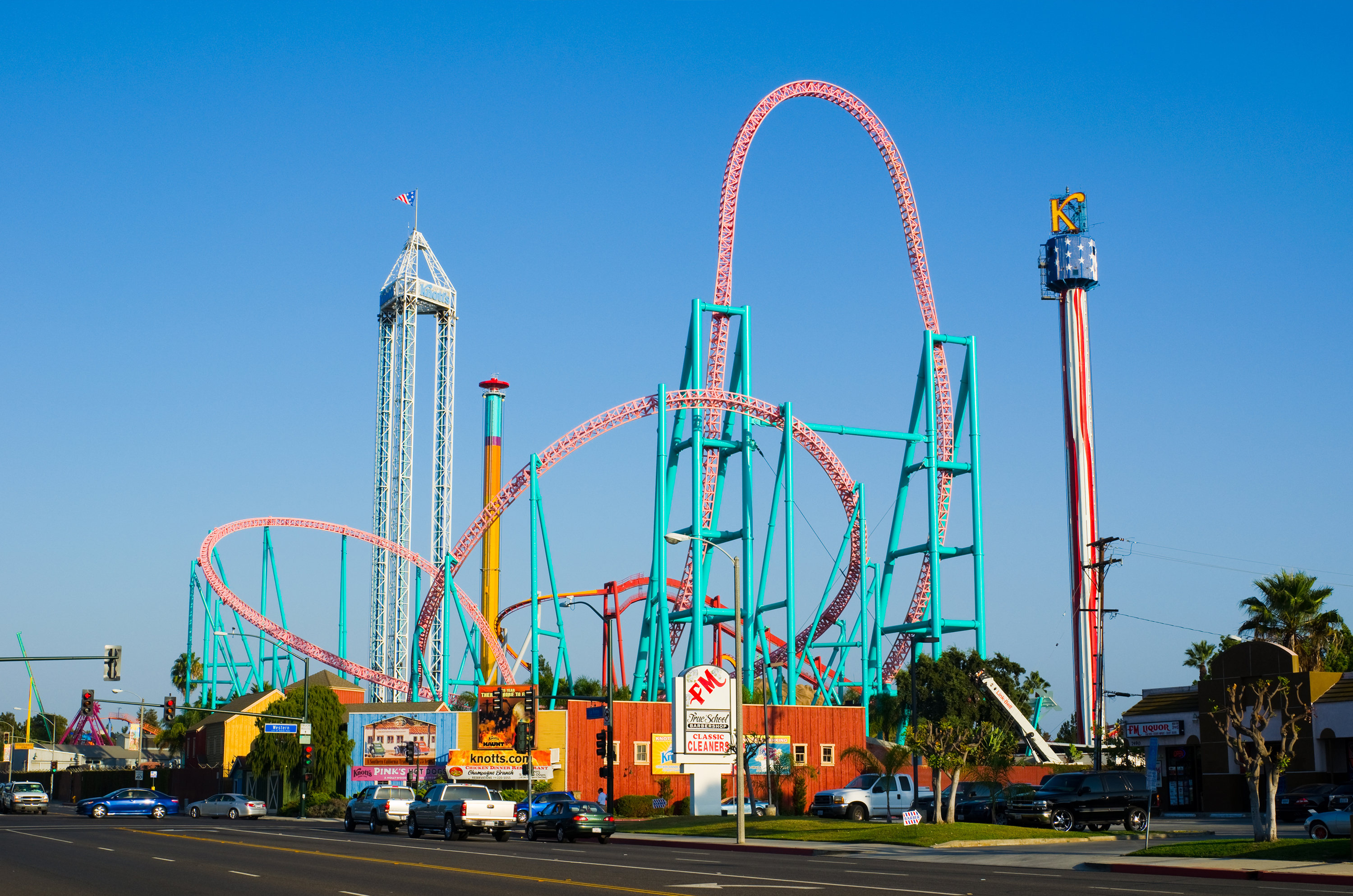 Knott’s Berry Farm, California
Contrary to popular belief, Knott’s Berry Farm really did start out as a berry farm with guests coming from all walks of life. Today, the park is famed for its lineup of thrill rides and gravity-defying roller coasters like the launched coaster Xcelerator going at the speed of 82 miles per hour in just three seconds! Rides aside, don’t forget to check out Mrs. Knott’s Chicken Dinner Restaurant for its boysenberry jam – an absolute must-have! 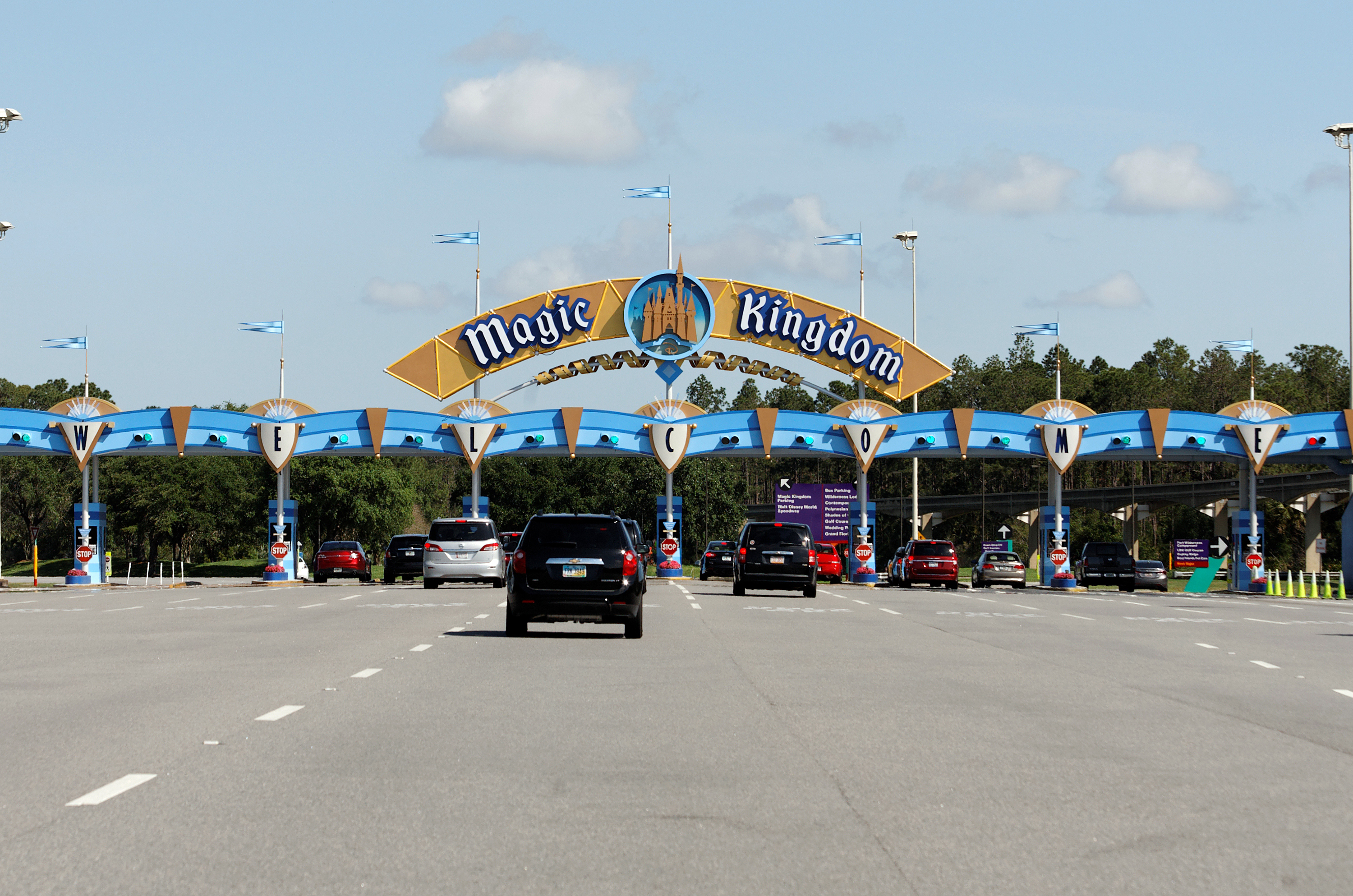 Magic Kingdom Park, Florida
Billed as the Florida version of the original Disneyland, The Magic Kingdom was the first Walt Disney World park to open. Much like its West Coast predecessor, it’s divided into six themed ‘lands’, with some of the best attractions that made Disney a household name when it comes to theme parks: Space Mountain, It’s a Small World, Pirates of the Caribbean and the Jungle Cruise. 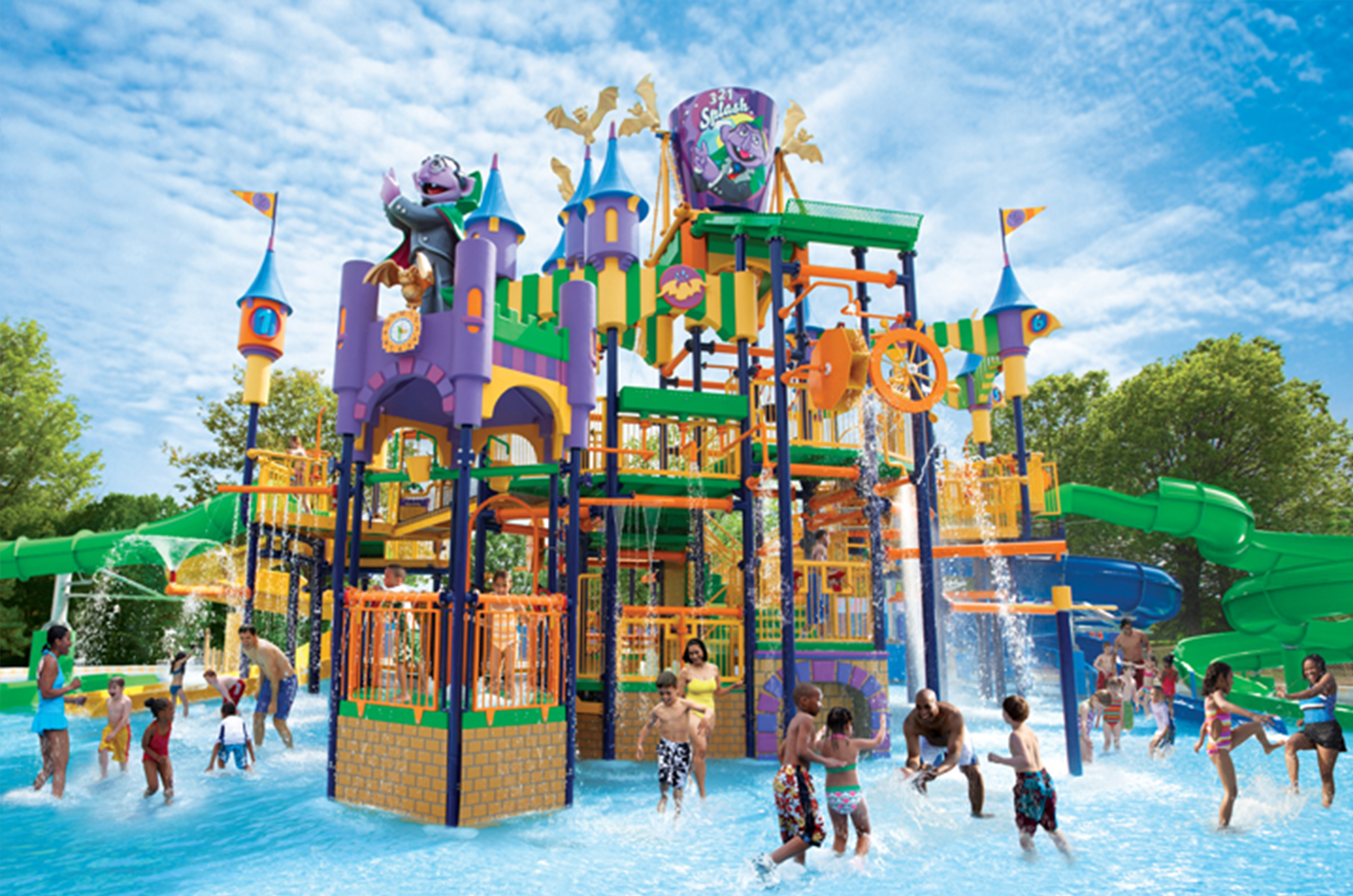 Sesame Place, Pennsylvania
Sesame Street lovers, this is the place to be! Popular among families with younger children, Sesame Place brings to life the world of Sesame Street. Think Big Bird, Cookie Monster, Elmo, Ernie, Bert, Grover, Kermit the Frog and the rest of the gang. Attractions include 16 kid-friendly rides, three live shows a day and the crowd favorite – Neighborhood Street Party Parade. 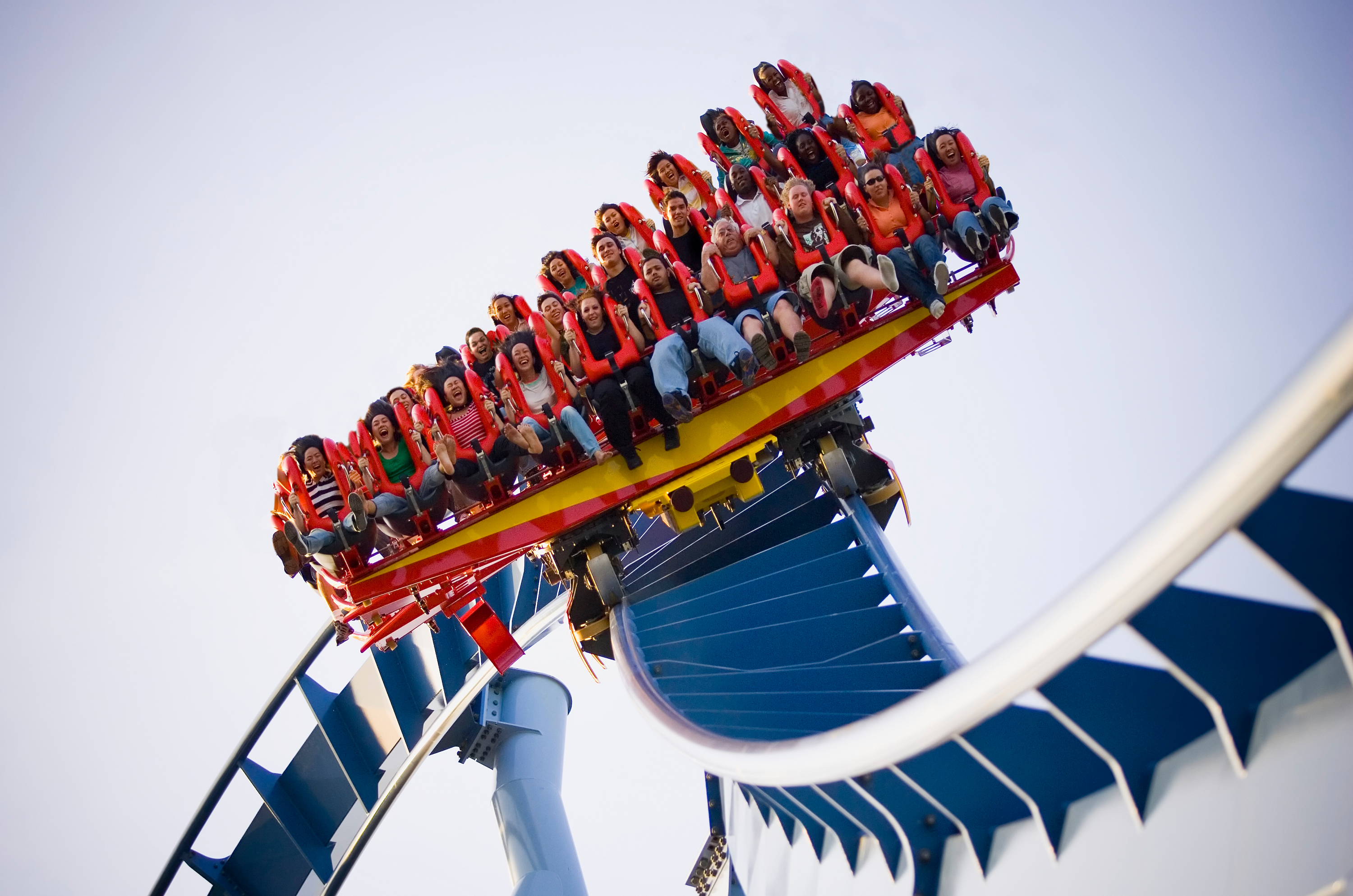 Busch Garden Williamsburg, Virginia
The European-themed Busch Gardens in Williamsburg transports visitors to places like England, Scotland, Germany, Italy, and France circa 17th Century, albeit a rather exciting version of the era. Housed more than 50 rides and attractions spread over 100 acres, the Busch Gardens Williamsburg often ranks among the world’s most beautiful theme park. What more, its thrill ride options are of quality too! 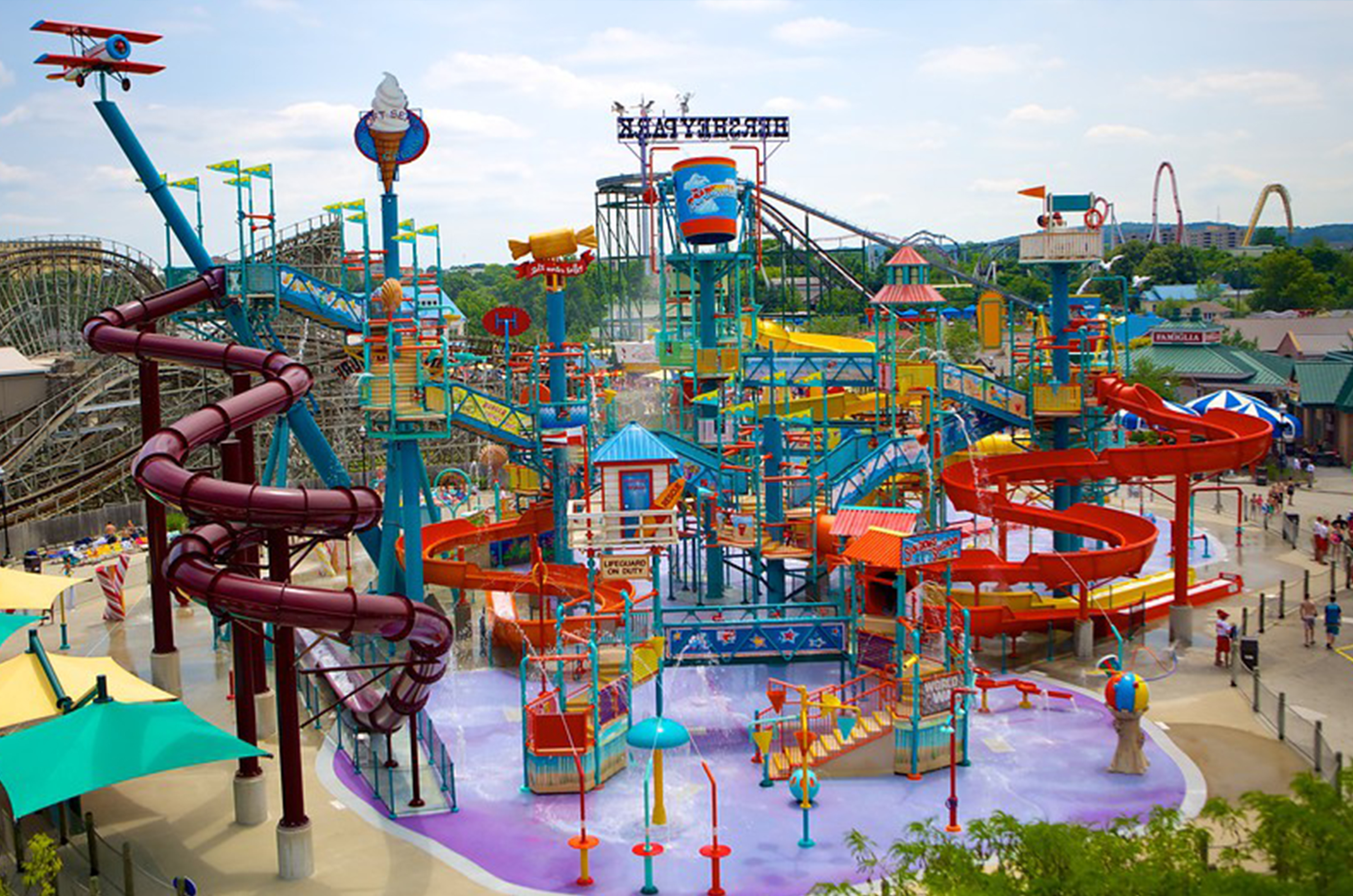 Hersheypark, Pennsylvania
The amusement park is every chocolate lover’s dream. Hersheypark features 110 acres of 70 rides (including 13 roller coasters), five magic shows, six stages, three additional performance areas, a water park and an 11-acre wildlife park, all accessible via a single admission. Fahrenheit, one of the park’s most popular thrill rides, is a vertical lift coaster with a 90-degree, 121-foot lift followed by a breathtaking 97-degree drop. 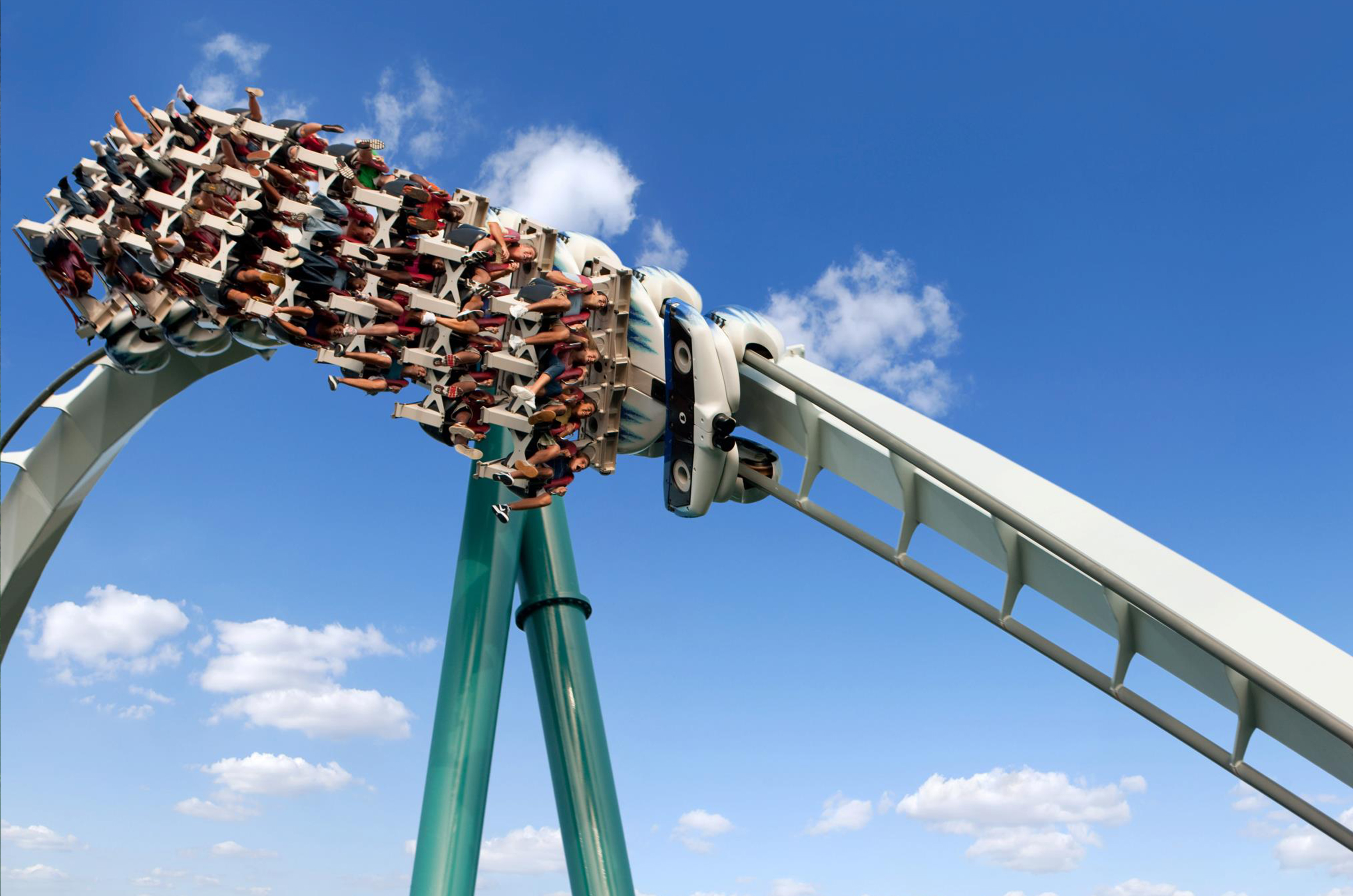 Holiday World, Indiana
Every day is Christmas at Holiday World in the town of Santa Claus, Ind. The park celebrated its 70th birthday in 2016 – it’s one of the oldest theme parks in the country – with a major renovation of The Legend wooden roller coaster, which now has a double-down and a fifth tunnel. Thunderbird steel roller coaster is another guest favorite, while the Firecracker, one of the only remaining classic Calypso rides in the nation, will open this summer. 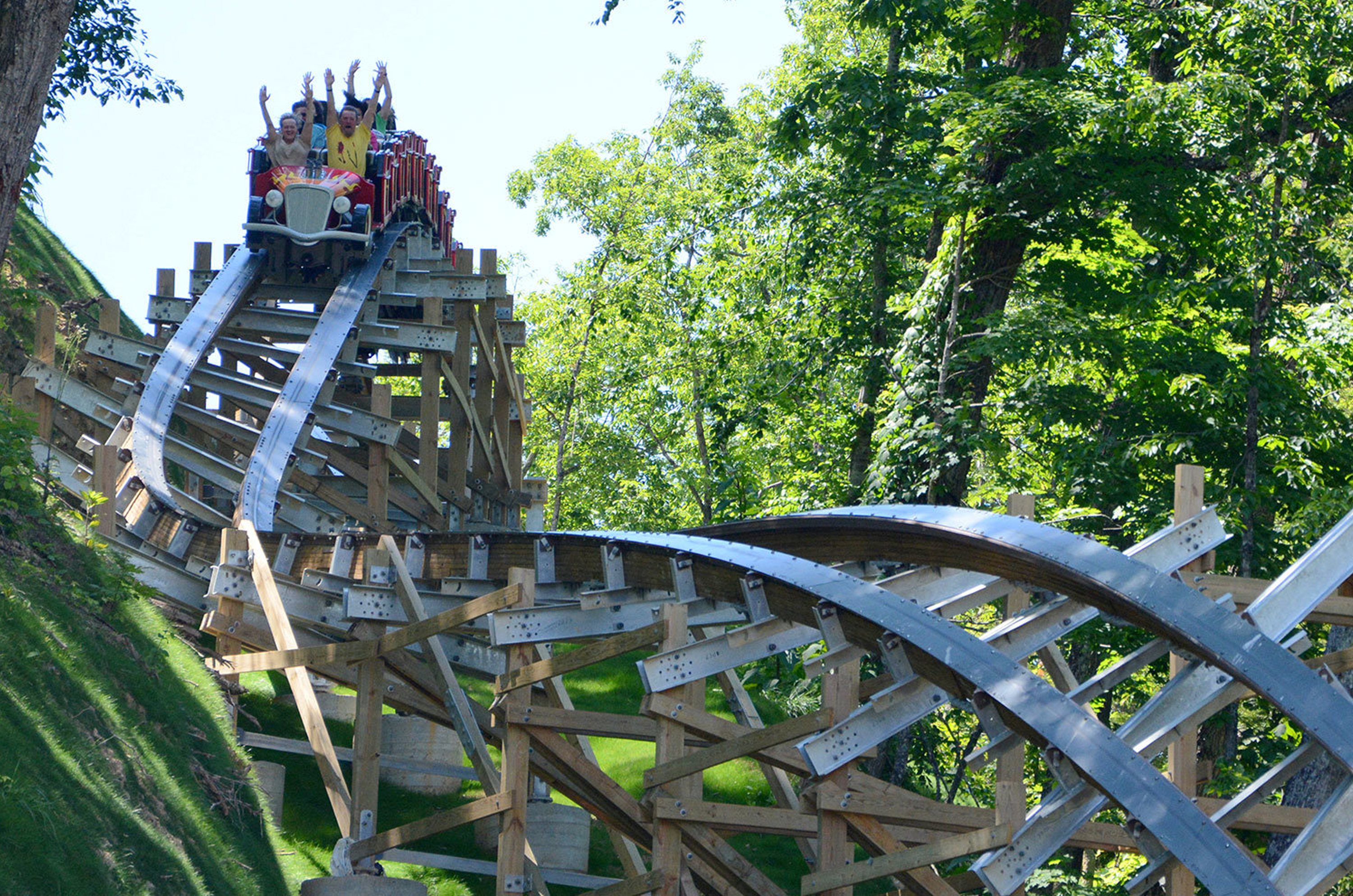 Dollywood, Tennessee
Tucked amidst the Great Smoky Mountains of Tennessee, country music-themed Dollywood has all the makings of a great theme park – thrill rides, coasters, kiddie rides and everything in between. In addition to that, there are also lots of other activities to check out: live craft demonstrations, lavish stage shows and a full calendar of special events. Also, the Southern-inspired food offerings are a cut above the typical theme park fare. 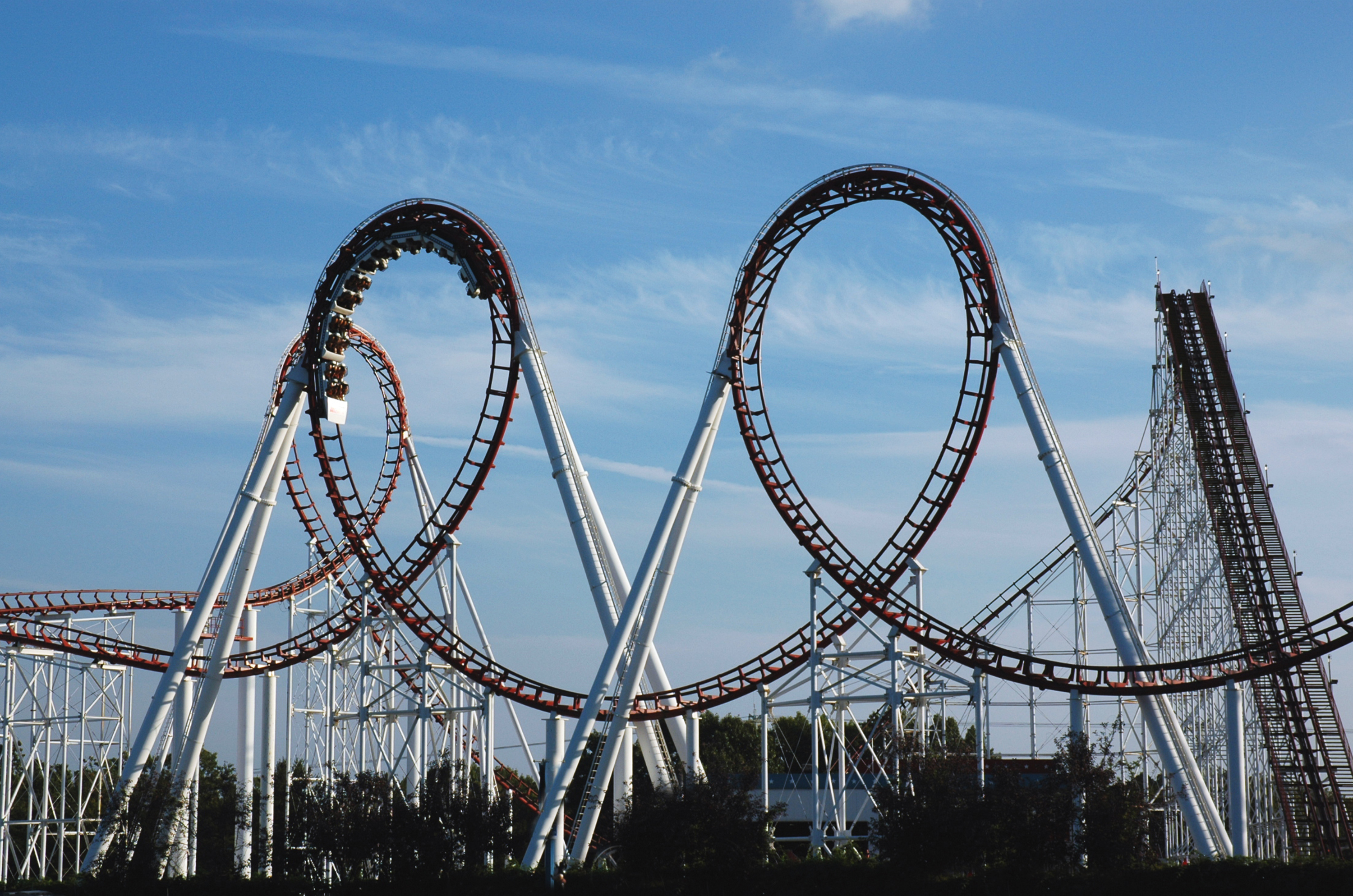 Six Flags Magic Mountain, California
The park boasts the world’s largest lineup of coasters – a total of 19 – including some rather inventive offerings and record-breakers. Stars of the heart-pumping ride list include The New Revolution Galactic Attack, the first giant looping mixed reality roller coaster in the world, and Twisted Colossus, also known as the world’s longest hybrid coaster. Debuting this summer is Justice League: Battle for Metropolis ride.

Cedar Point, Ohio
Cedar Point prides itself as “the roller coaster capital of the world” with 17 thrilling coasters covering 10 miles of track (out of more than 70 total rides). The 364-acre park has a long history – dating back to 1870 – making it the second oldest continually operated amusement park in the continent. Not only does it manage to maintain that classic park feel, Cedar Point also features one of the only operating D.C. Muller carousels in the world.