Where’s the best place to work? We’ve put together a list of seriously awesome cities in North America that are worth packing up and moving cross-country for, taking into account the cost of living, work-life balance and overall quality of life. While these cities may vary in population and landscape, they all have one thing in common – they are awesome places for a career move. Plus, they make a great excuse to pick up a bag from the Pacsafe Vibe Series!
1. Boulder, Colorado 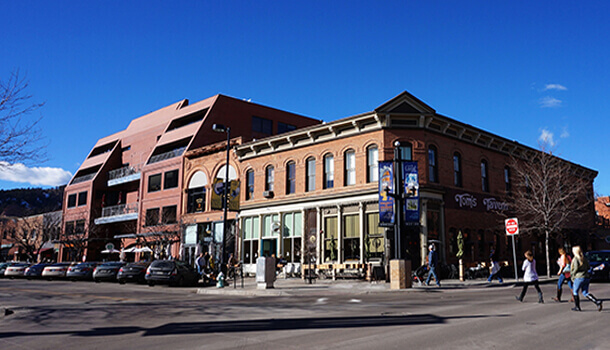 With a handful of science and technology companies, a median income of $65,000 and a community of single thirty-somethings, Boulder is a great spot for young professionals to lay some roots. And work isn’t the only thing to love about this mountain town! With world-class skiing, hiking and biking trails available nearby, as well as museums and top-notch restaurants, Boulder is a great choice no matter where your interests lie. Sound too good to be true? Well, the cost of living is higher than the rest of the nation, but think of it as a down-payment on the high quality of life you’ll have in Boulder!
2. Portland, Oregon 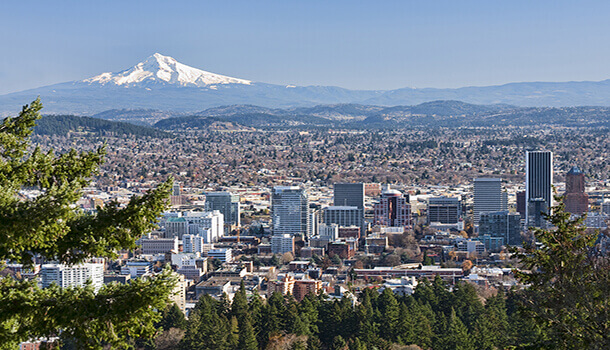 Situated an hour from the beach and an hour from the mountains, there’s no question that Portland is geographically blessed. Home to more than half a million people, this Northwest metropolis is ranked as the second best city for foodies and the second-most fiscally fit city in America. What terrific accolades! Sure, it rains a lot – 42 inches annually on average – but with the high quality of life that Portland offers, settling down in the Pacific Northwest has never sounded so appealing. Just be sure to pack a lot of umbrellas!
3. Austin, Texas 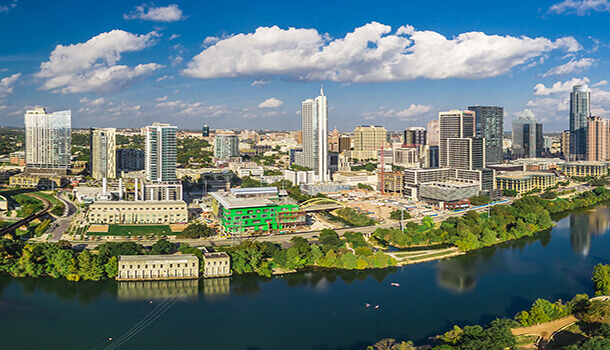 There are plenty of reasons to move to the “live music capital of the world”. For starters, the unemployment rate is significantly lower than the rest of the nation and when you land that job, you won’t pay state income tax! Add to that top-notch food, parks and lots of live music (of course!), and you have one helluva new hometown.
4. San Luis Obispo, California 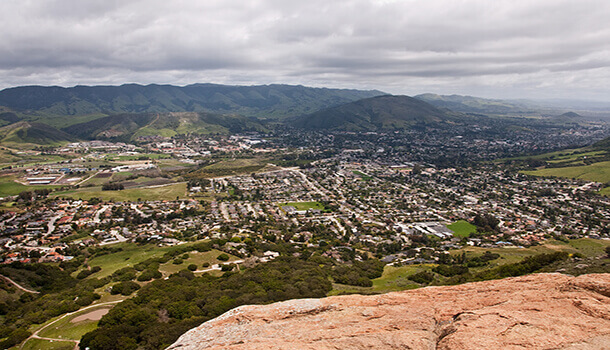 This California city has won the geographic lottery, so to speak. There’s the Pacific Ocean to the west and lush mountains to the east, but we haven’t even gotten to the best part … San Lius Obispo is situated in the heart of Central Coast Wine Country! Residents claim that this city of 46,000 is the “happiest place to live,” and with a large network of trails and parks, universities and an ideal location, we think they may just be onto something!
5. Ann Arbor, Michigan 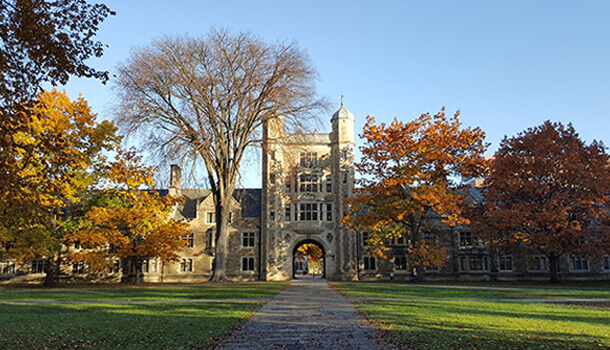 The University of Michigan is not the only reason Ann Arbor should be on your radar. The unemployment rate in this town of 116,000 is well below the national average, and the city itself has got a lot going for it! With a charming downtown that boasts tons of restaurants and shops, plus more than 150 parks and a stunning college campus (all set on the Huron River), Ann Arbor has a lovely mixture of commerce and green space.
6. Scottsdale, Arizona

Young professionals are flocking to Scottsdale, and it’s no wonder why! Whether you’re into golf, hiking, spas or nightclubs, Scottsdale’s got something for you. And when it comes to job opportunities, you won’t be at a loss. Scottsdale is home to top employers like the Mayo Clinic, GoDaddy and Vanguard, so you’ll have lots of workplaces to choose from and plenty of activities to enjoy in your free time, making this a great place to work.
7. Madison, Wisconsin 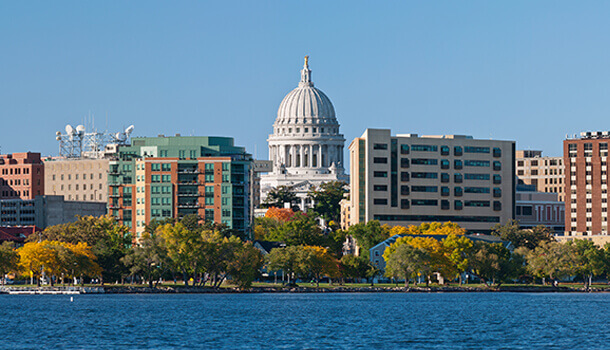 Largely a university town, there’s a refreshing youthful vibe to Wisconsin’s state capital. Minorities comprise a third of the city’s population, giving it a vibrant air of cultural diversity. Madison also earns bonus points for its thriving arts scene and relatively low cost of living. With a variety of career paths in fields like education, politics, arts and healthcare, Madison’s strong economy is reason enough to pack your bags and head to this Midwestern gem.
8. Raleigh, North Carolina 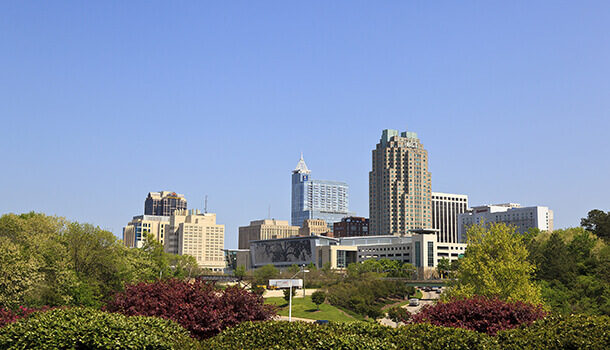 Raleigh is a smart move for people in almost any field. With 170 companies, including big names like IBM and GlaxoSmithKline, the job opportunities are seemingly endless. Add to that its proximity to great universities, top-notch food, nightlife and a fantastic public transportation system, and you’ve got yourself a city full of innovation with a booming economy.
9. Vancouver, British Columbia 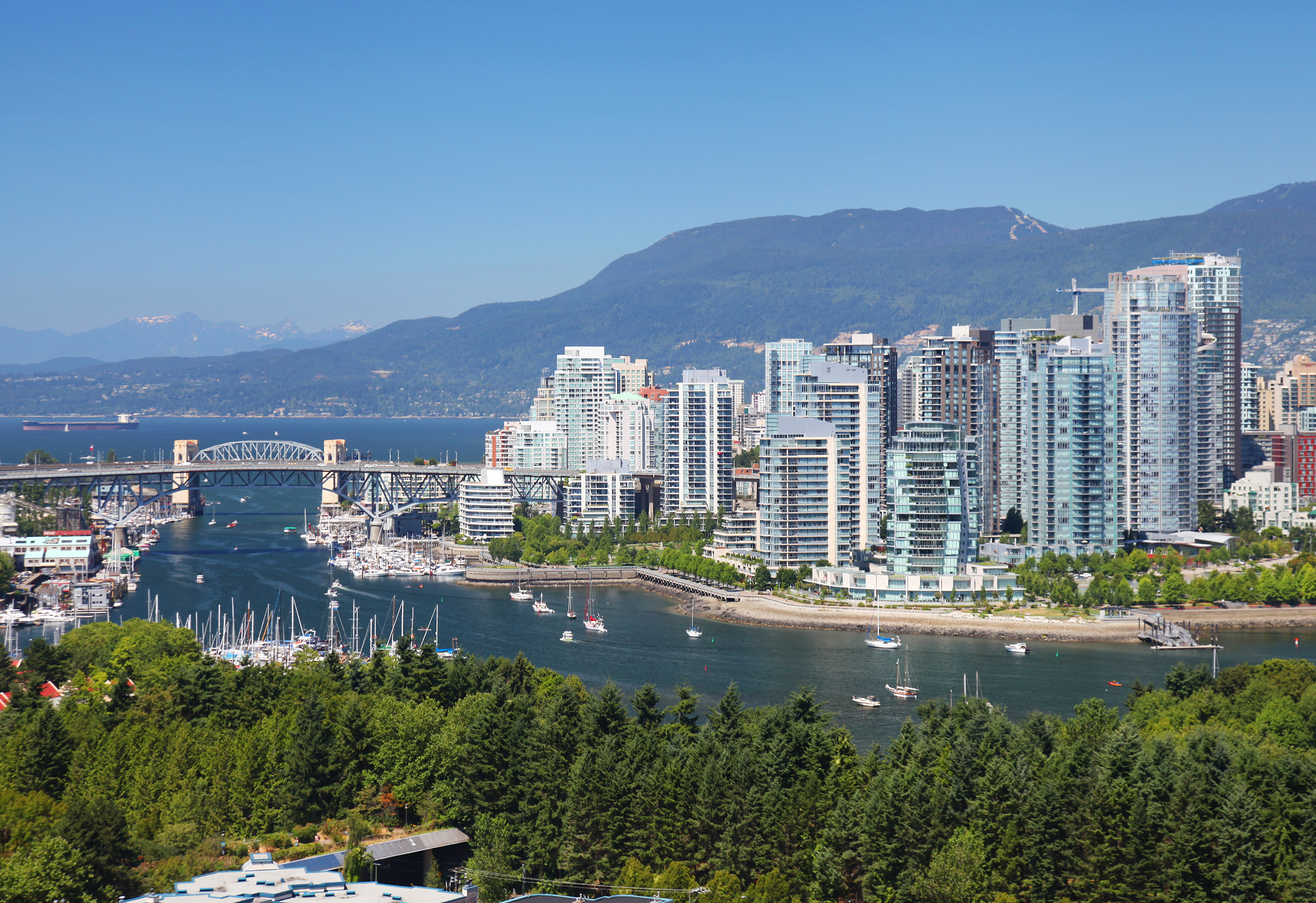 This Canadian gem is the only international city that made the list, but it is oh so deserving! Vancouver is both an urban metropolis and a playground for the outdoor adventurer, with easy access to both mountains and beaches. Vancouver’s population is youthful and diverse, and this melting pot city proudly embraces people of all religions, orientations, ethnicities and cultural groups. Add to all of this that Vancouver is known worldwide for its commitment to “green” practices, and you’ll have a pretty darn good quality of life in this Canadian hub!
10. Arlington, Virginia 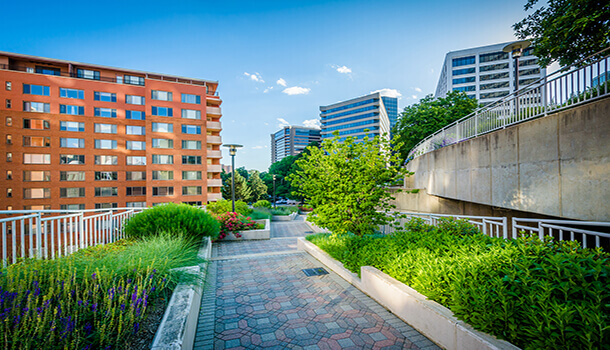 This Washington, D.C. suburb is a great launching pad for anyone interested in management, science, business or the arts (And politics, of course!). If being surrounded by well-educated peers is important to you, it just doesn’t get any better than Arlington. An impressive 71.5% of Arlington’s 25-and-older residents hold a bachelor’s degree or higher, which is more than anywhere else in the country. The downside is that rent isn’t cheap, and some estimates say on average it’ll cost nearly a third of your paycheck. Yikes!
Packing your bags and moving to an unfamiliar place for a career may seem overwhelming, but it can also be one of the most exciting times of your life. The challenging part is going to be focusing on work when you’re living in such a happening new city. So take the plunge! It may just be the best decision you make.

Katie Maciejowski
Katie isone-half of Two Wandering Soles. She and Ben (the other half) travel because they believe this world is too big (and too interesting!) to stay in one place. Check out their site for tips on travelling ethically on a budget.