Traveling and the Zika Virus: What You Need to Know 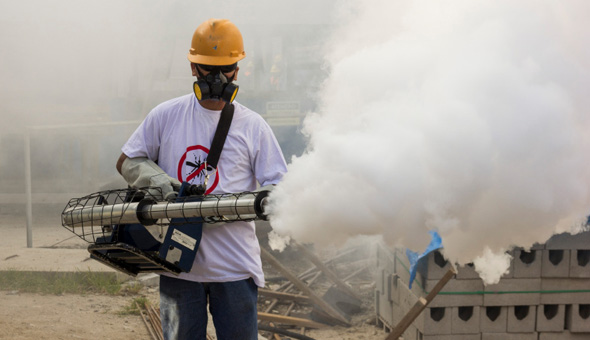 The ongoing concern about the spread of the Zika virus has made some travelers weary of heading to areas where the risk of infection is high. Though news reports indicate that the virus is particularly dangerous for pregnant women and their babies, Zika is not a pleasant experience for anyone. That doesn’t mean you should shelve your travel plans entirely.
Here are a few things you need to know about traveling to countries with risk of Zika virus infection.
What is the Zika virus?
Zika is a virus passed along primarily by mosquitos. Once in a person’s system it can lead to symptoms like muscle and joint pain, fever, rash, red eyes and swollen joints. Incubation periods for the virus last between 3 and 14 days, on average. It’s painful, but rarely fatal.
Pregnant women are especially vulnerable to the Zika virus and contraction has been thought to lead to physical defects at birth.
The Zika virus is not new and has been around at least since 1947. Up until 2007, only 14 cases of infection were reported. It’s recent spread to Brazil and onward has caused it to become a global concern.
Where is Zika?
Zika is found primarily in both tropical and sub-tropical climates where mosquito populations flourish. Cases have been reported in the Pacific Islands, Africa, southern Asia and the Americas with it’s spread caused primarily by travels who bring the infection back with them from foreign countries.
You can find a complete list of Zika zones on the Centers for Disease Control and Prevention website.
Is it safe to travel?
Yes! Though Zika is dangerous in many cases, you can prevent infection by taking precautions. Reducing contact with mosquitos is your first line of defense. Make liberal use of EPA-registered insect repellants and cover your limbs with long-sleeved t-shirts and pants, when possible.
Zika is also spread through blood and sexual transmission, so eliminate any sexual activity when traveling in countries where the disease can be found.
Since the mosquitos that carry Zika are most active during the day, it might be in your best interest to keep your outdoor activities consigned to evening and nighttime hours. At night, use an air conditioner rather than opening windows and sleep beneath a mosquito net to help keep them at bay.
The CDC has also suggested that the risk of Zika infection is minimal at high altitudes due to lack of humidity and cooler temperatures, so plan accordingly. If your trip is set for a country that has altitudes above 6,500 feet you’re probably safe from infection if you stay away from lower ground.
You can find a full list of recommendations for reducing the risk of infection and how to prevent mosquito bites here.
Travel agencies have reported minimal decline in travel to Zika zones, particularly among older travelers. While it’s important to take precautions, you don’t have to cancel your dream vacation entirely. There are always dangers around when traveling, but as long as you pay attention to your surroundings, follow your doctor’s advice and make smart decisions there’s no reason you shouldn’t be okay.