10 of Planet Earth's Most Magical Places

Are you stumped for travel inspiration? One of the hardest parts of planning a trip is figuring out where in the world to go, and sometimes, it’s hard to even narrow down the criteria.
I love it when I stumble upon places that seem like they couldn’t even exist, or better yet, haven’t even heard of them before. Have you ever wondered where the most magical, unexpected places on planet earth are? Here are 10 of my top picks after searching for them for the past four years: 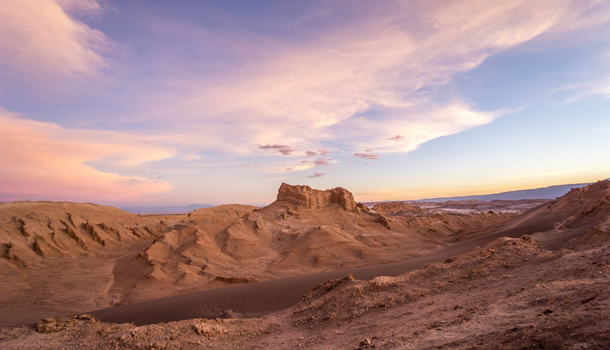 In the north of Chile, one of the world’s longest countries, is the San Pedro de Atacama Desert, the world’s driest desert. Some parts of it haven’t even received rain since recordkeeping began, that’s how dry it is!
The land is super salty and covered in sand dune, which form peaks and valleys all through the rocky orange volcanic landscape. It creates a moon-like playground and even more amazingly, that’s not the best part! This desert is also famous for the best star gazing on the planet thanks to its clear skies. 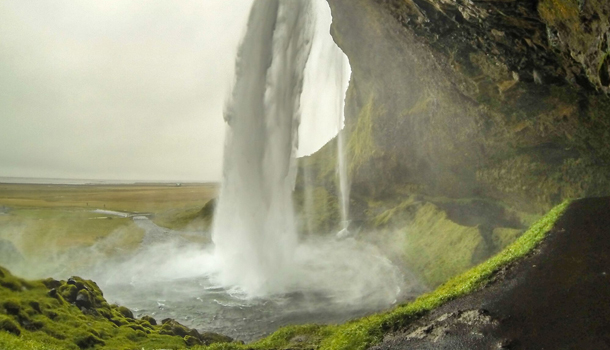 There aren’t many waterfalls in the world that you can walk fully behind, but this one located just off of the Ring Road in Iceland has plenty of room!
On a particularly clear day, when the sun rises, you can even catch it between the cascading water veils! 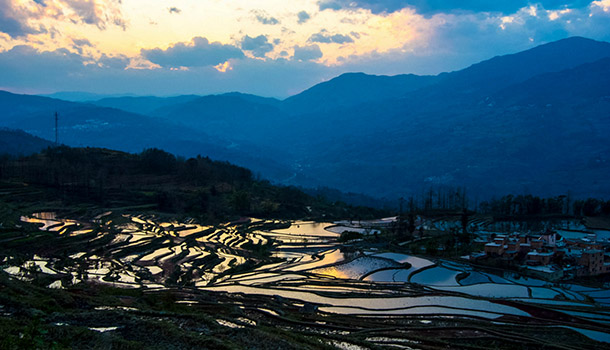 In the southern part of China’s Yunnan province, the local Hmong people have been creating rice terraces by hand and mule for thousands of years and over time, have created thousands upon thousands of rice terraces.
Some parts of the year, they’re green, and at other times they fill in with water. From certain viewpoints, when the sun sets, it reflects in all of the water on each terrace and turns everything gold. 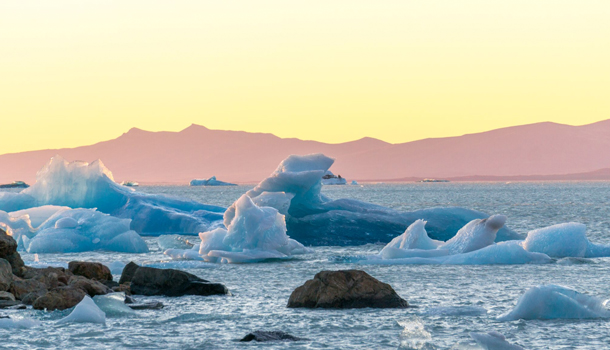 This lake in Argentinian Patagonia is particularly special because there are icebergs floating in it from a nearby glacier pouring out from the southern Patagonian Ice Field. The icebergs are around ten thousand years old and the water is some of the purest on earth.
Minerals in the rocks make the water in the lake turn aquamarine and the best part of all is that almost no one hikes the 18 km out to see the lake, so if you make it for sunrise, you can get it to yourself! 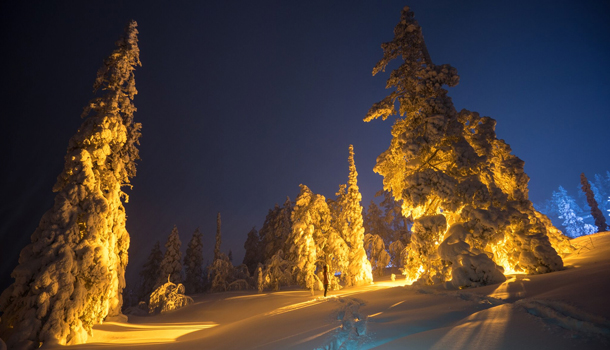 These famous trees grow way up in the Arctic in Finnish Lapland where winters can get colder than -40 degrees! That’s what makes this part of Finland so popular for those who love winter sports like Nordic skiing and snowmobiling. Plus, those trees look like they came straight out of who-ville.
On the scenic Drive, the trees are even lit up with lights, which makes them sparkle in the dark since they’re coated with so much snow and ice. 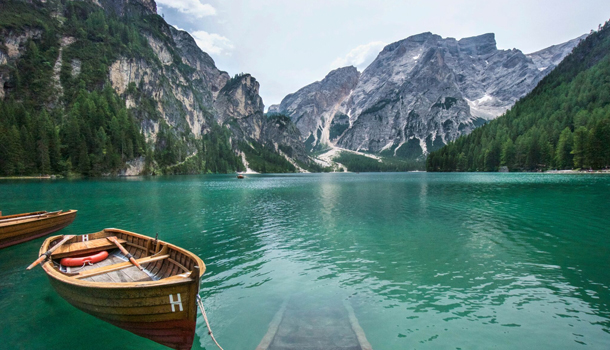 In Italy’s Alpine region there are many gorgeous lakes, but none as famous and colorful as Lago de Braies.
It’s a favorite for photographers and locals, particularly in the summer. It’s even the setting for a popular TV show in Italy these days! 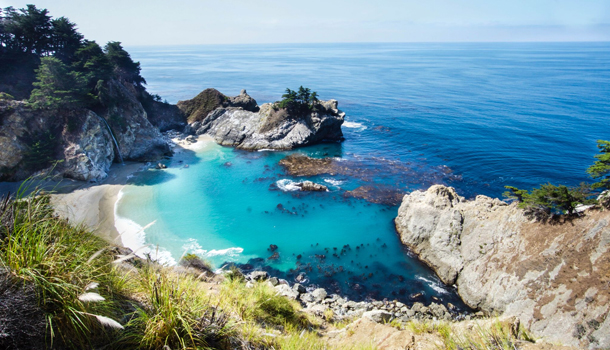 This waterfall spills directly onto a beach in California’s Big Sur. Though California’s coast is famous for its rare Redwood and Sequoia trees, they’re outshined on this particular part of the Pacific Coast Highway for this magical waterfall, which is easy to access directly from the road.
This area is also famous for whale and dolphin sightings and has been the home of many famous and influential poets, writers, and actors throughout California history. 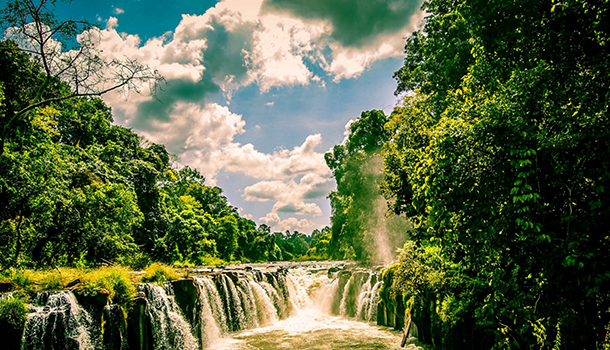 The biggest city in southern Laos is also the jumping off point for a gorgeous motorbike loop called the Bolaven Plateau.
This is one of many waterfalls along the way, full of butterflies, long grasses, and jungle flora. This mostly rural area is populated by a few small villages and lots and lots of gorgeous falling water, much of which is surely still undiscovered. 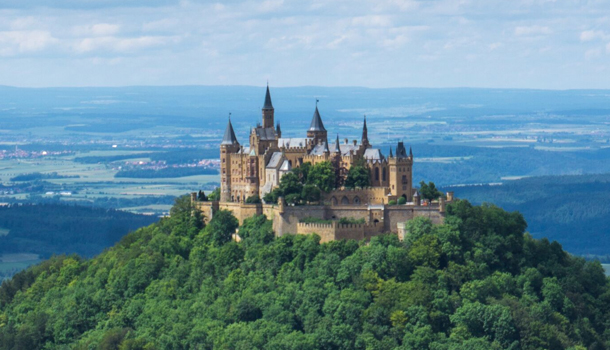 This is one of Germany’s most perfect castles, appearing to of come right out of a storybook. The surroundings are also whimsical, with dark forest, lots of rolling farmland, and many other castles all around it. The Black Forest is also nearby. 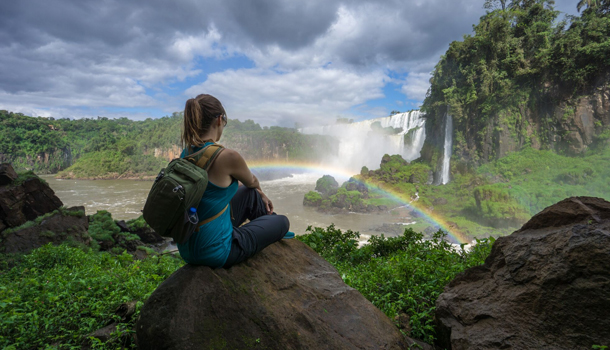 Though split between three countries, most waterfall connoisseurs agree that the views of Iguazu Falls from the Argentinian side are the best. From certain viewpoints, you can see huge stretches of the falls and on a sunny day, a rainbow, too!
Those are a few of my favorite magical places around the world. What are some of yours?