Once the cohorts of dinosaurs, sea turtles have survived and outlasted many on their evolutionary run. The seven species that can be found today have all been around for 110 million years – each legendary artifacts in their own right. So, where can you swim with these adorable ancients?
Mu Ko Surin, Thailand 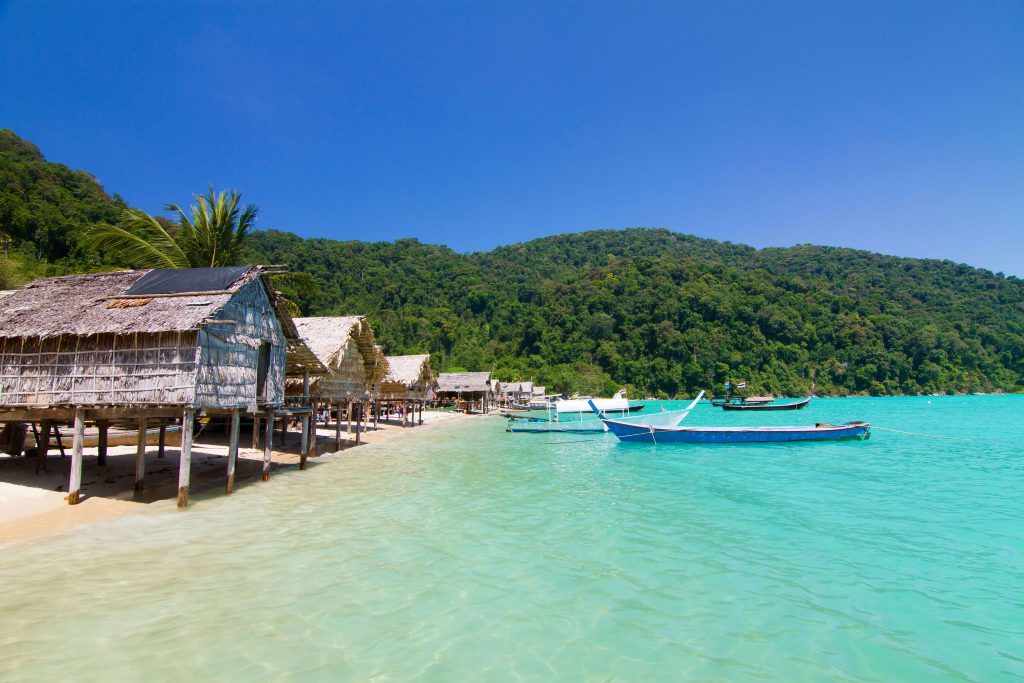 If you are a seasoned diver, you’ve probably been to this unspoiled patch of loveliness, where Richelieu Rock resides. 40 minutes away from the west coast of Thailand, this secluded island is surrounded by some of the Andaman Sea’s most breathtaking coral reefs. The Surin Island Marine National Park has remained unscathed from mass tourism and overfishing since the ‘80s – when it was first established. The idealistic conditions of Surin have resulted in a haven for both minuscule and gargantuan marine life. The island is frequented by four out of seven species of sea turtles, often spotted in the waters or on the white sandy beaches of the island.
Akumal Bay, Mexico 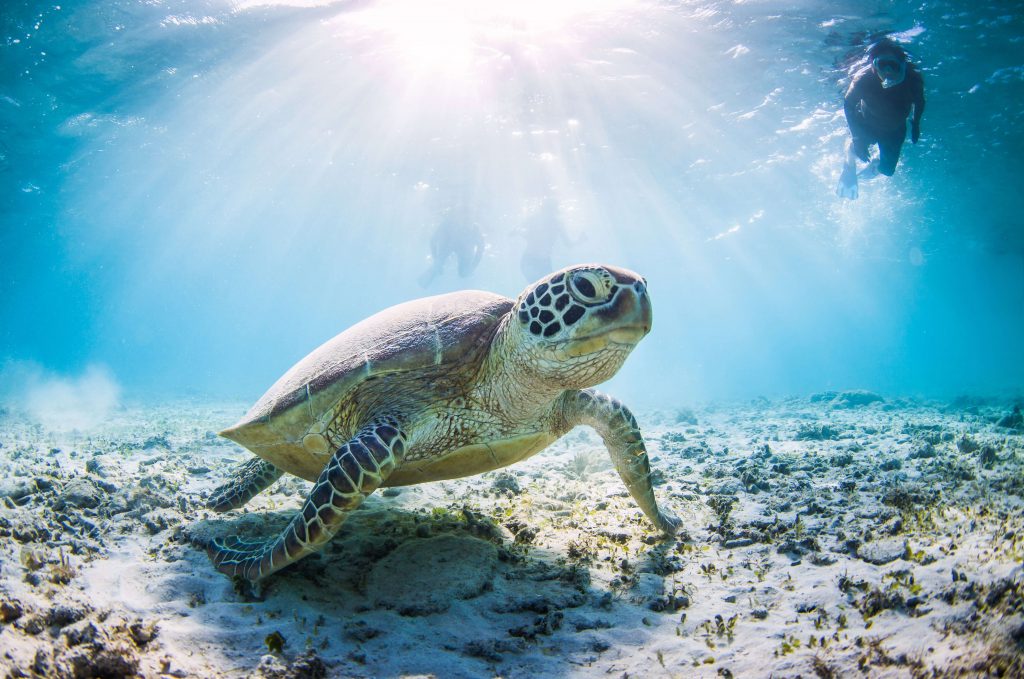 Akumal literally translates to “the place of turtles” – a fitting name for an island populated by sea turtles. There is no need to rent a boat or join a tour; with some snorkel basics, you can find turtles in just a short swim offshore. This is largely because Akumal’s ocean floor is covered with turtles’ favorite foods – seagrass. They’ll linger for hours in the bay, peacefully grazing, giving you the chance toget up close and personal. Many of the locals go to great lengths to conserve turtles native to the area, so look out for opportunities to participate. The public beach is FREE for all, so do be wary of scams and theft.
Maui, Hawaii 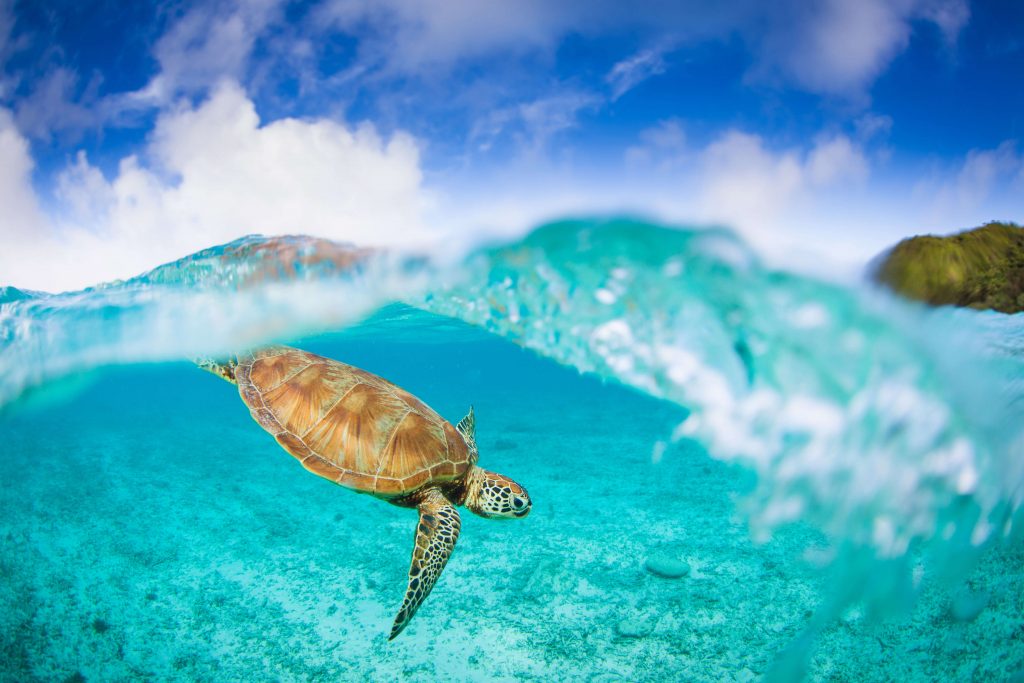 To the southwest of Maui island, is Turtle Town (yes, a town for turtles!). Home to five of the world’s seven species, including the green sea turtle (honu), hawksbill (honu’ea), leatherback, loggerhead and olive ridley. The three to six meter-deep waters make an excellent place for the turtles to rest and take shelter. Green turtles are commonly encountered on Hawaiian reefs, while other species require a short offshore swim to be seen. Safe to say that you won’t be able to see all of them in a single trip. Harassing sea turtles in any way is strictly illegal in the state of Hawaii, so keep your hands to yourself!
Sipadan, Malaysia 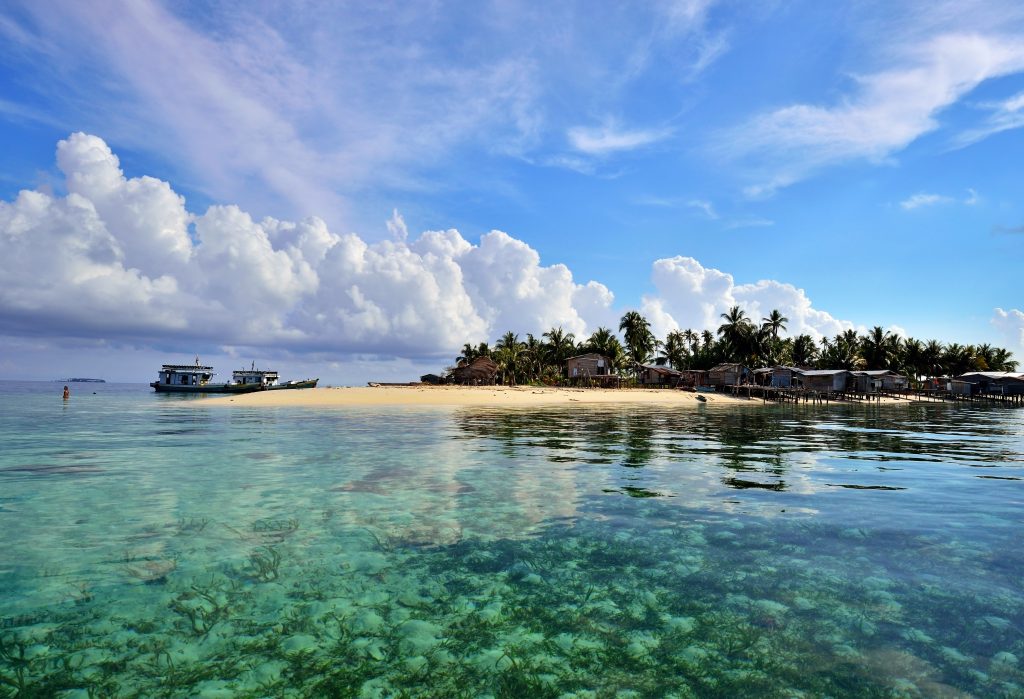 Describe by Jacques Cousteau as an ‘untouched piece of art’, Sipadan Island is one of the many places on our list that guarantees a turtle sighting. Home to protected nesting sites, hawksbill and green turtles come here in thousands to feed on the island’s lush seagrass and soft coral. The island is accessible by the coastal town of Semporna, which is a domestic flight away from Kota Kinabalu. You do need diving permits and spots are limited,  so book well in advance. While diving is possible all year round, the best time would be July to August, when the visibility is exceptionally clear due to forgiving weather.
Galapagos Islands, Ecuador 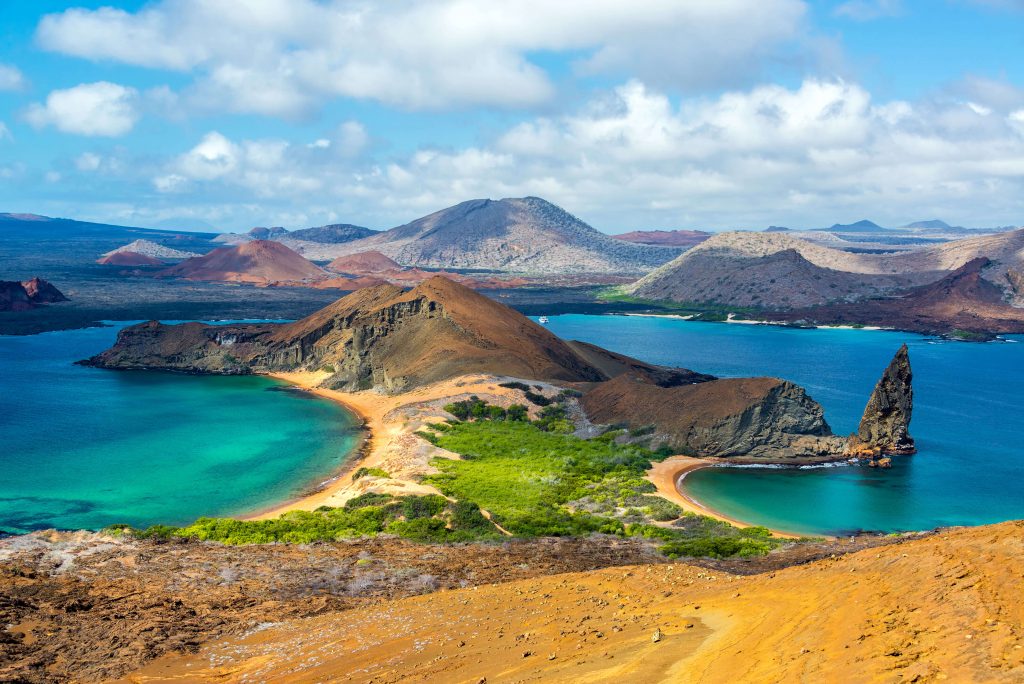 There is no searching or waiting to spot turtles here – they will be right there in front of you. Located 621 miles from South America, Galapagos has wildlife that has evolved in a protected environment with little to no natural predators, hence, they fear little and see no threat from humans. Galapagos green sea turtles are the largest in the world, weighing up to 700 pounds. The species return to the island by the thousands every year from December to February to mate and hatch their eggs. The island becomes so densely populated, you’re guaranteed to see them in the waters. Watch them up close on the rocks of the island, munching on thick algae patches, unperturbed by your presence.
Honorable Mention: The Great Barrier Reef 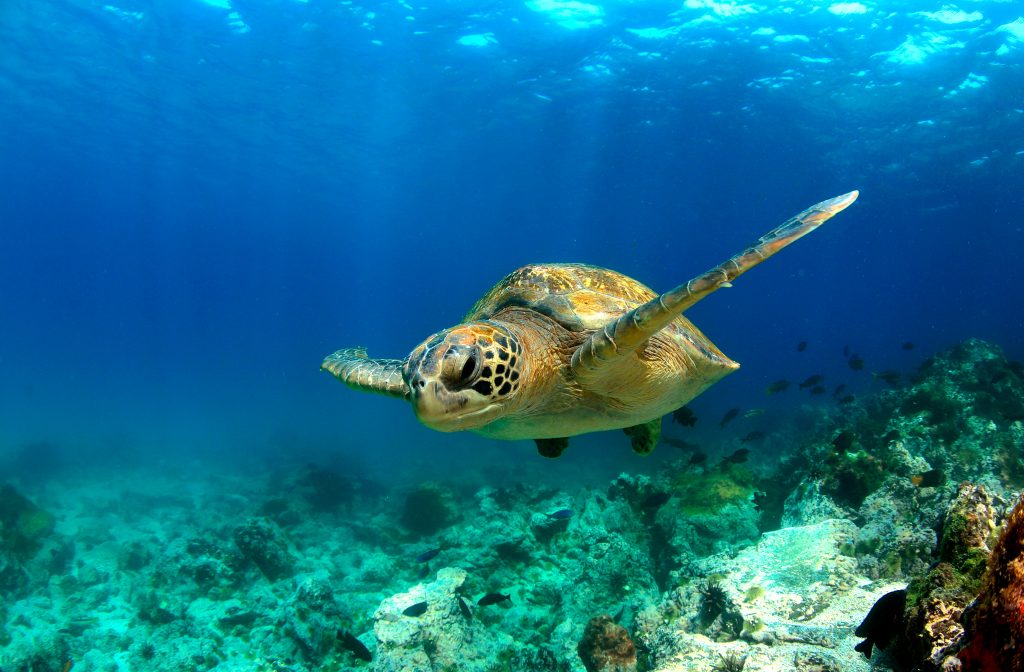 The Great Barrier Reef is a household name when it comes to the best locations for snorkeling. But its popularity is not without substance. Made up of 29,000 individual reefs and stretching more than 23,000 kilometers, it’s the world’s largest coral reef ecosystem and has been around for half a million years. With the current state of the Great Barrier Reef, the Unesco Heritage site is no longer the most popular destination. Rising levels of carbon dioxide in the atmosphere are causing oceans to warm, bleaching the reef’s corals to death. Sadly, scientists say it could become extinct by as soon as 2050 due to climate change – so you might want to head over there before then.
Pacsafe Tip: Keep your belongings as secure as a turtle in its shell with thePacsafe Venturesafe 25L GII Anti-Theft Travel Pack. Made of exoMeshⓇ slashguard material with CarrysafeⓇ slashguard straps, this lightweight and durable travel pack is designed to prevent bag theft, while being a handy carry on – perfect for adventures abroad.