6 Travel Destinations To Leave Your Mark

Heartfelt notes on Juliet’s balcony, padlocks hanging from Parisian bridges, notes wedged into the Western Wall. For tourists looking to leave a part of themselves as they make their way across the globe, these hotspots are a dream come true. While some cities are looking to change the rules, you can’t argue that it’s pretty special knowing that you’ve contributed to the composition of something that thousands will visit, long after you’ve left. Want to find out where to get started? Read on for our list of 6 destinations where you become part of the attraction.
Casa di Giulietta, Verona, Italy 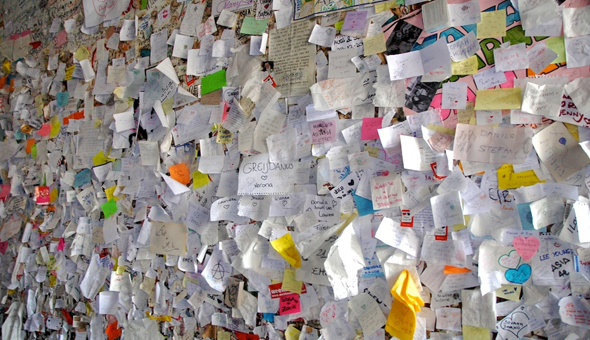 Considered Verona’s most well-known attraction, Casa di Giulietta (Juliet’s House) is a World Heritage site that has gained popularity not only for reportedly being the very place where Romeo pursued the affections of Juliet but as a spot for would-be romantics to increase their luck in love. Over the years, tourists have used the walls of the building as an improvised bulletin board, often sticking love notes to the stones with chewing gum. As a result, local authorities have started to crack down on unauthorized declarations of affection, except in specially designated areas. So if you’re hoping for the spirit of Juliet to help you out (although given her ultimate fate, we’re not sure if that’s such a good idea), you may be out of luck.
Pont des Arts and Pont de l’Archevêché, Paris, France 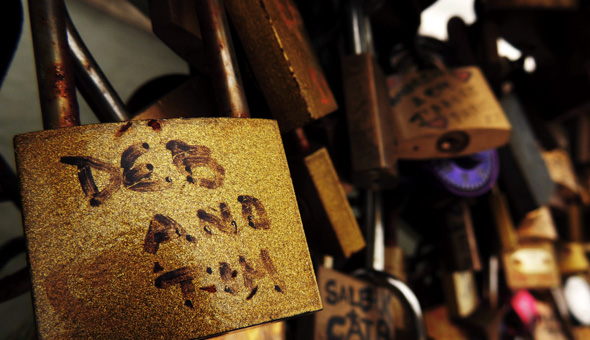 It’s hard to miss the tourist contributions to Paris’ Pont des Arts and Pont de l’Archevêché. After all, thousands of padlocks hang from the bridge’s sides, each representing an unbreakable bond between lovers who have declared their love and and subsequently thrown away the key (into the river below, conveniently enough). While this gesture is hopelessly romantic, and a great opportunity for local vendors to hawk cheap padlocks, the city reportedly began cutting locks off the bridge in order to tidy things up and perhaps reduce the extra weight. Efforts have been relatively futile, however, so if you’re keen on adding your own padlock, there’s probably still time.
Wandie’s Place, Soweto, South Africa 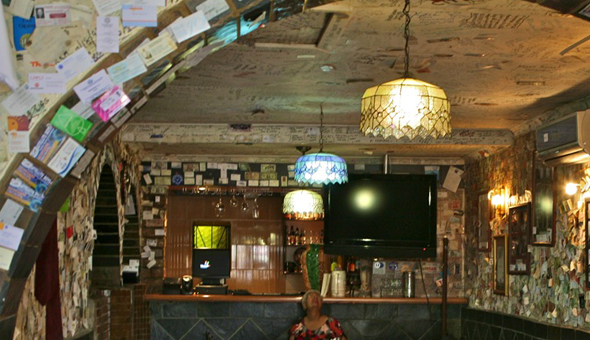 Not just a fabulous restaurant, Wandie’s Place is a tribute to all those who have dined before, as evidenced by the notes and messages that line the walls, creating a dining experience like no other. From sentences scribbled in markers to letters and business cards, one could easily spend hours reading the walls which would be appealing, if only the food weren’t so delicious. Wannabe anthropologists and hungry tourists alike will not be disappointed by the experience to be had at Wandie’s.
Western Wall, Jerusalem, Israel 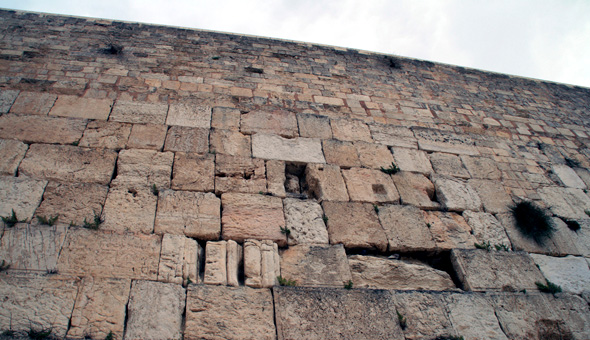 The history of leaving notes in Jerusalem’s Western Wall dates back to the early part of the 18th century and hasn’t shown any signs of slowing down. Each year, over a million notes are placed in the cracks and crevices of this site of pilgrimage and prayer. Twice a year, the notes are removed from the wall and buried on the Mount of Olives. Tourists make up a large percentage of contributors to the Wall’s prayers, as do visiting dignitaries, people who send the notes from abroad, and writers of messages received by the Wall’s Rabbi Shmuel Rabinovitch simply addressed to God.
Mousse Fountain, Aix-En-Provence, France 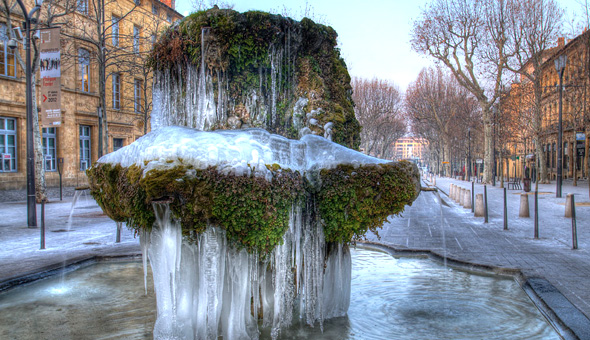 While one can’t necessarily leave a lasting impression on the healing fountain situated on Aix-en-Provence’s busy Cours Mirabeau, the waters of this popular destination are said to hold therapeutic qualities, making it a hotspot for those seeking to be cured of whatever ails them. The fountain is a naturally sourced thermal spring that bubbles over a massive boulder into a pool below where visitors flock to remedy everything from stomach issues to nervous disorders. The name is derived from the layer of foam that often collects on the water’s surface, said to be harmless despite its questionable appearance. Whether or not one can actually be cured by visiting the fountain is up for debate but it’s certainly worth a shot, especially considering its ideal location in the heart of one of Provence’s most beautiful cities.
Gum Wall, Seattle, Washington 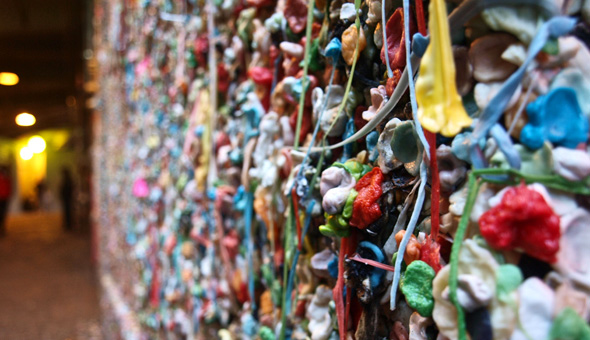 Germaphobes, take note- this is not the place for you. Or anyone else who considers a 15 by 50 foot mural of pre-chewed gum something worth visiting. For everyone else, the Gum Wall shouldn’t be missed, if only to take in the splendor of something so incredibly absurd yet fascinating. Layers upon layers of chewing gum cover the brick wall of this building situated close to the popular Pike Place Market, making it an easy detour for those who are simply curious or ones who wish to contribute.