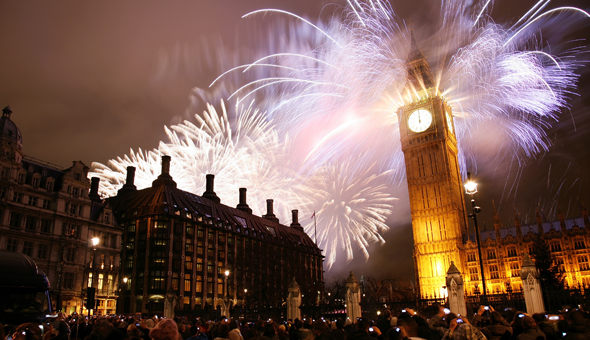 If a boisterous New Year’s party is on your checklist for this year, check out one of these eight best European cities to ring in the New Year.
Prague, Czech Republic
Prague is known for its culture, architecture and history. On New Year’s Eve, Prague transforms into a massive street party where people drink, set off fireworks and sing in the streets and square. Prague is known for its nightlife and you can explore pub-crawls, river cruise parties, bars and nightclubs on New Year’s Eve. Each place may charge a small cover fee so you can visit several places each night.
Berlin, Germany
Berlin has a reputation for its cultural history and amazing parties. Explore unique costume parties situated inside an old Communist building. Gather at the Brandenburg Gate for the best fireworks show in town. Whether you are looking for a relaxed lounge or a massive Goa-trance party, you can find it in Berlin.
Amsterdam, Netherlands
It’s no secret that the local AMS Dutch people like to party. New Year’s Eve is no different. Between small nightclubs and large venue parties such as the annual electronic Awakening festival, visitors can choose to relax or party hard. Don’t forget to try “Oliebollen,” a fried dough ball covered with icing. It’s the perfect sweet treat to welcome the New Year.
Vienna, Austria
If you are looking for a classy celebration, visit Vienna. Here you’ll find smashing dinner parties, banquets and romantic hotel packages. Ring in the New Year with Mozart and Strauss ruling the nightly musicals, especially at Schloss Schönbrunn.
London, England
Londoners know how to throw a big party. The city’s fireworks display is considered one of the best in the world. Watch fireworks explode above the Thames River at the London Bridge and the Eye. For a good dance, visit the long-standing Ministry of Sound Club to hear some of the best electronic dance music in town.
Paris, France
On New Year’s Eve, thousands of people line up just to watch the Eiffel Tower glitter and sparkle at the strike of midnight. For a bird’s eye view of Paris, climb up to Montmarte to watch the skyline glow with fireworks. For a classy evening, head to the original Buddha Bar for a night of fine cuisine and sexy house music.
Barcelona, Spain
If anyone knows how to enjoy life, it’s a Spaniard. Notorious for its late-night culture, Barcelona’s real party begins at midnight. After the fireworks display, locals head to a long night of partying either at Los Ramblas or one of the many seaside clubs between the marina and Barceloneta beach.
Krakow, Poland
Many central European cultures know New Year’s Eve as ‘Sylvester’—a day of feasting in honor of Pope Sylvester I of the 4th century—and throw some of the most epic parties of the year. Sylvester in Krakow is a wonderful Eastern European experience. Hundreds of thousands of people gather in the Main Market Square to watch a fireworks and entertainment show. In the 2014-2015 celebration, more than 150,000 visitors showed up to celebrate the New Year. Krakow has a longstanding jazz scene, and is one of the best ways to experience an authentic Polish party.