8 Vaccines You Need Before Traveling 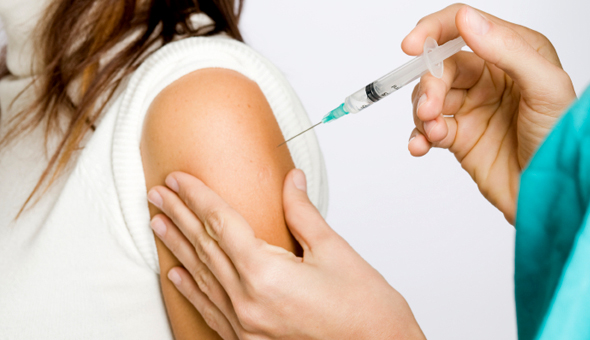 America is a pretty safe place when it comes to infectious diseases—things like polio and measles have been all but wiped out thanks to vaccines. Around the world is a different story. There are still diseases floating around you’d never dream of catching here in the States, so it’s important to get inoculated against them before you go.
Yellow Fever
Yellow Fever is one of only two diseases for which vaccinations are actually required by some countries before they’ll even let you enter. Specifically, countries in Asia and throughout Africa will make you show proof of a yellow fever vaccination if, and only if, you’re traveling from a country where the disease still occurs. Most of those countries also happen to be in Asia and Africa too.
Typhoid
Typhoid is contracted through contaminated water in many areas of the world and is highly recommended if you’re heading to any rural areas in foreign countries outside of Europe. It’s prevalent in Southeast Asia once you wander past the more popular touristy locations.
Japanese Encephalitis
Japanese Encephalitis is actually pretty rare, but if contracted the results can be deadly. It often ends with an inflammation in the brain and, if it doesn’t kill you, can lead to life-altering affects. The CDC recommends this vaccine if you’re traveling to any rural areas in Asia for extended periods of time.
Hepatitis A, B & C
You should probably be vaccinated against these even if you live in the U.S. and have no plans of traveling. Hep A is transmitted through food and water, while Hep B and C can also be passed from one person to another through sexual contact. All three still exist throughout most of the world, so it’s better to be safe than sorry!
Malaria
Malaria is primarily a concern for those heading to Africa, South America or the Middle East, though it does occasionally pop up in other areas too. It’s transmitted into the blood stream by mosquitos, and the medicine (not typically an actual vaccine) prescribed to prevent it isn’t 100 percent effective. You might consider pairing it with some DEET or other insect repellant to keep you safe. Check with the CDC for seasons where malaria is more prevalent and try to avoid traveling during that time.
Rabies
Rabies is found in just about every location in the world, so you should definitely get your shots whenever they’re required. It’s passed around through animal saliva and is highly prevalent in dogs throughout the world. It’s a good idea for anyone spending a lot of time outdoors to have the vaccine.
Meningococcal (Meningitis)
Meningitis is another disease found all over, but it’s extremely rare outside the “meningitis belt” of sub-Saharan Africa. However, only one country currently requires the vaccine to enter, and only during a certain period. Visitors traveling through Saudi Arabia during the Hajj must show proof of the meningococcal vaccine, else you’ll be turned away.
Routine Immunizations
This one is kind of a no-brainer, but you should be up-to-date on all standard vaccinations here in the U.S. before traveling abroad. That includes measles, mumps and rubella, tetanus, chicken pox and polio. A flu vaccine is also a good idea.
Before traveling it’s important to sit down with your doctor and discuss all of the necessary vaccinations and precautions to take overseas. Rules and requirements vary by country and a qualified medical professional will be able to give you the most accurate information about what’s necessary for your trip.