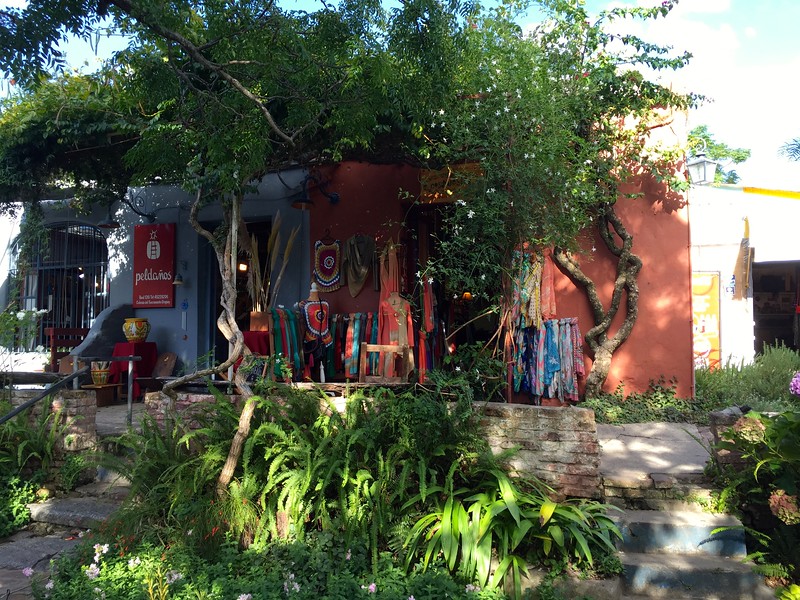 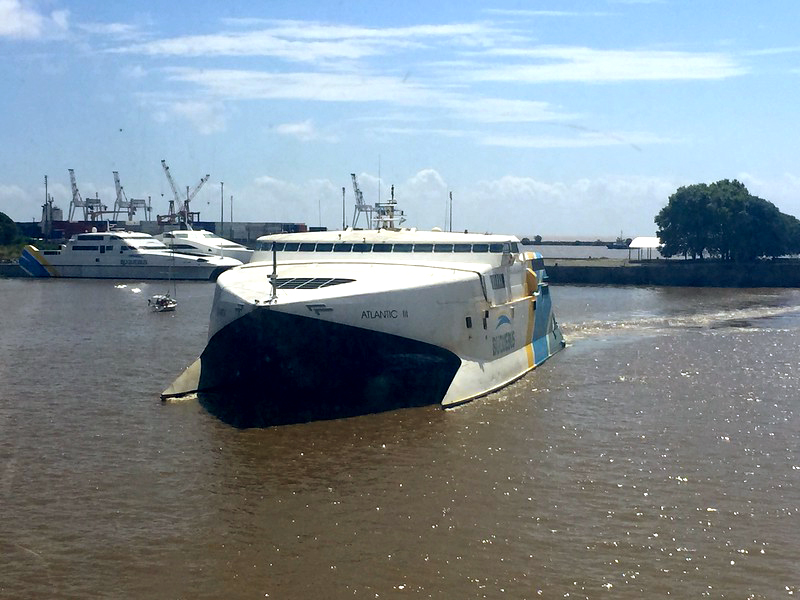 Getting to Colonia de Sacramento
We grabbed a fast ferry from Buquebus which only takes an hour and a quarter to cross the wide Rio de la Plata (there is also a cheaper slow ferry which takes 3 hours). If you are traveling in a busy season or on a weekend, get your reservations a few days in advance as the ferries will fill up with both day trippers and with porteños who are traveling to the beach hotels in the modern section of Colonia del Sacramento. You can make reservations at the Buquebus terminal or online in English or Spanish at buquebus.com.
We had some difficulty getting a cab driver to understand taking the “boat to Colonia” in my limited Spanish, so remember the name “Buquebus” which is well known to taxi drivers. A cab from the Palermo neighborhood where we stayed was around $10 USD. A cab from downtown would be about half as much. 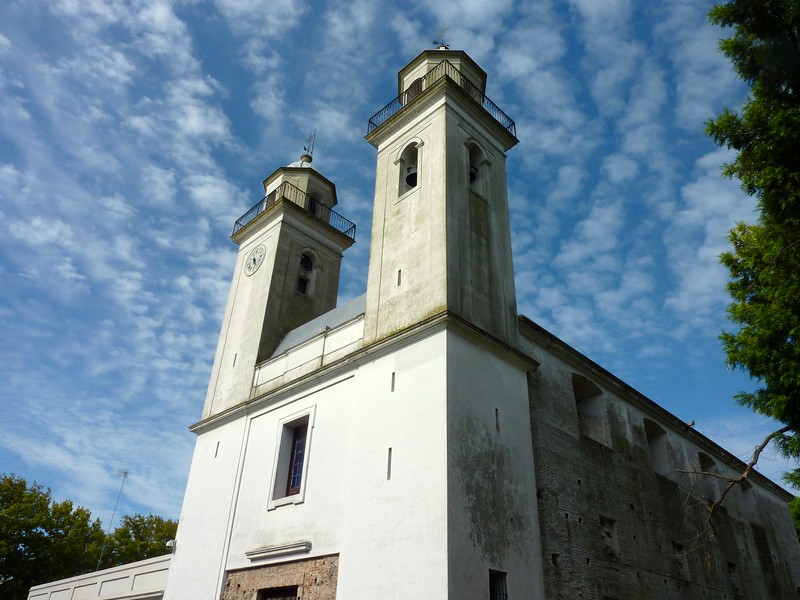 You will need to clear customs so allow at least half an hour for that. Also remember that if you are from a country (like the U.S.) that is required to pay a reciprocity fee to enter Argentina, you will need the receipt of that payment anytime you clear customs. Staple it into your passport to make your life simpler.
The ferry terminal in Buquebus is walking distance to the old historic town. If you want to travel to the beach and the modern city center you can easily hire a cab. 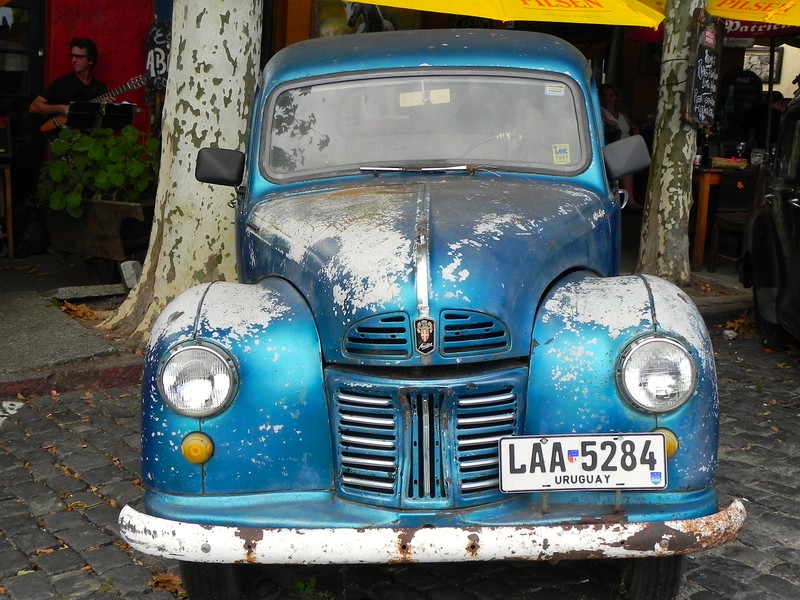 Charming and Historic
The historic center of Colonia del Sacramento is a UNESCO World Heritage site. It was originally built in 1680 by the Portuguese to resist the Spanish across the river, but has changed ownership more than once. The town does not have any sites that I would say are stunning tourist attractions, but does keep its charm despite the number of tourists. Walk the cobblestone streets inside the old battlements, taking time to explore the side streets and shops. The historic center is small. You can easily explore it all in half a day, counting a stop for lunch, an ice cream and/or a drink in the shade. 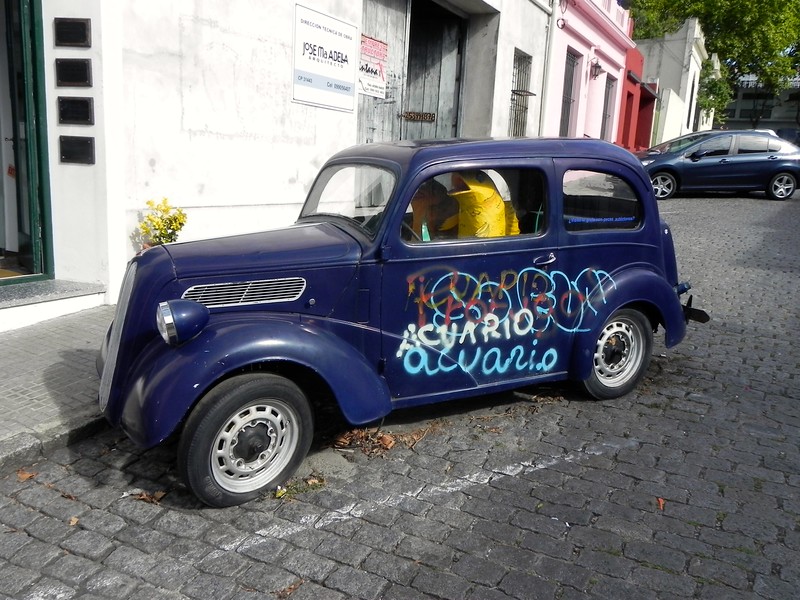 Red Meat and Old Vehicles are Everywhere
Also take time to stop for some lunch of grilled meat for which the Uruguayans are known. Uruguay consumes more red meat that any other country per capita. You can’t go wrong with a Chivito, which is a grilled beef sandwich and the Uruguayan national dish.
Keep an eye out for the old cars that you will find in the streets of Colonia del Sacramento. They are the legacy of a booming beef industry in the first half of the 1900s that cooled in the later half, leaving their owners without the money to replace them. Now they are protected by the government as a “historic patrimony” and no car built before 1970 can be exported from the country without government approval. 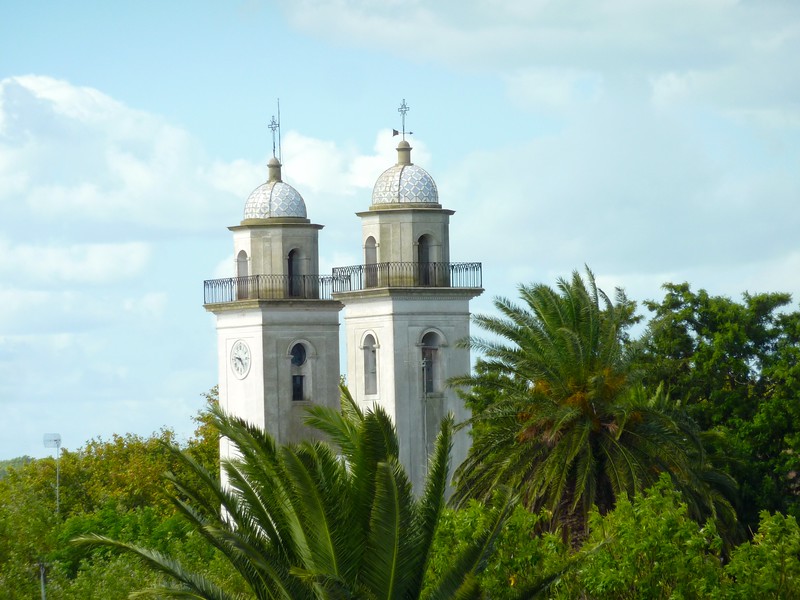 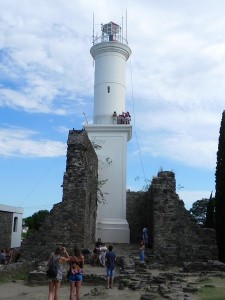 Climb the Old Lighthouse
If not a stunning few, it is one of the best views in town and a great photo opportunity. Colonia is not a town that stuns you with its grandeur but one that is more comfortable like an old-friend. It’s like a beautiful movie star who has aged gracefully.
For people who are spending a few days in Buenos Aires Colonia is a good day trip. I would not recommend an overnight visit unless you are looking for more of a beach stay, but even then the beaches in Colonia will be on the muddy Plata river instead of the ocean. Time your trip to see the sunset from Colonia or from the ferry back to Buenos Aires.
My thanks to friends Susan and Kevin for many of the pictures of Colonia del Sacramento. I lost my camera shortly after our return to Buenos Aires. As much as I was worried about it being stolen, I actually left it accidentally in one of the ubiquitous Buenos Aires taxi cabs while distracted by how much to tip. Since then I have switched to the Carrysafe® 50 anti-theft DSLR camera wrist strap to keep my camera closer. My wife carries the Slingsafe™ 250 GII anti-theft handbag. 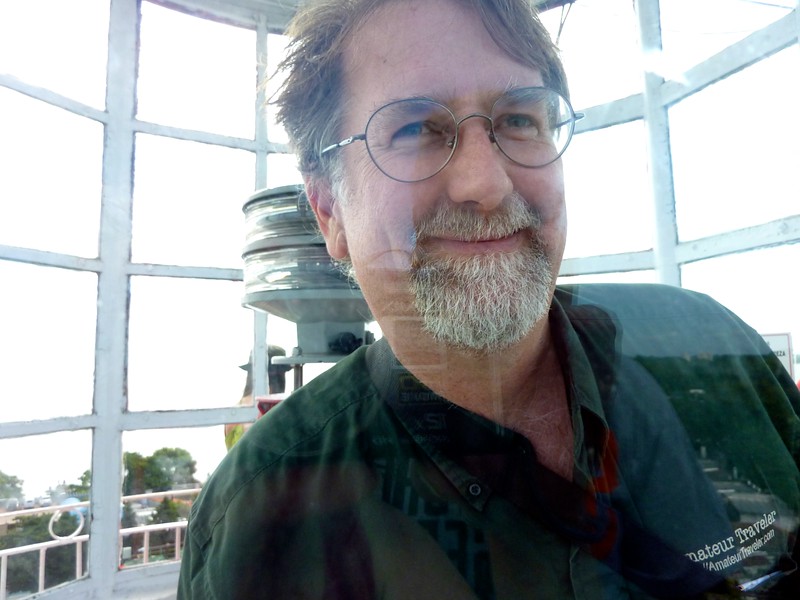