9 Things They Don't Tell You about Joining the Peace Corps

I had the great fortune to serve as a Peace Corps volunteer from 2006 to 2008 in the Republic of Zambia. The experience was highly gratifying, but to say I went into my service fully prepared for the challenges that lay ahead is complete and utter nonsense.
If you are considering Peace Corps service, here are some vital pieces of information that your recruiter probably won’t mention during the initial phone interviews.
The application process may take a long time
A popular statistic that gets thrown around says only a third of Peace Corps applicants actually get accepted. This is somewhat misleading — a more accurate statement would be, “one third of applicants actually finish the application process”. In order to earn your acceptance letter, you’ll have to endure lengthy medical and dental exams; gather three letters of reference that attest to your professional skills, volunteer experience and shining personality (respectively); and fill out what seems like an endless amount of paperwork. Be patient. The Peace Corps prides itself on finding a suitable program for as many able-bodied, strong-minded applicants as possible — but this process may take years to complete.
You don’t need an Ivy League education or years of professional experience
In fact, quite the opposite. The majority of Peace Corps volunteers have bachelor’s degrees and fairly limited experience in the program for which they’ve been accepted; for instance, my three summers spent on a U.S. Forest Service trail crew earned me admission into an organic farming and agricultural outreach program. In general, the Peace Corps would rather take a knowledgeable individual who is somewhat green over a seasoned veteran who plans to do things their way (instead of the P.C. way). But minimal experience shouldn’t intimidate applicants — your service will begin with an intensive, 9-week training seminar that hammers home all the finer points of your program and prepares you for two years of service. 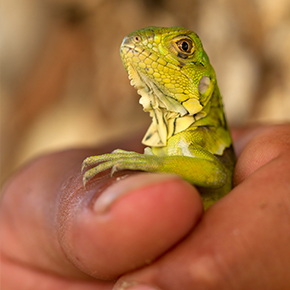 Beware of creepy crawlies
I don’t care who you are, what state you’re from or how much you played outside when you were a kid — unless you sign up for Peace Corps Antarctica (which doesn’t exist, sadly), then you’ll probably encounter a lot of bugs, reptiles and otherwise undesirable housemates during your tour. My hut was visited (on different occasions) by a colony of fire ants, a dormouse, countless rats and lizards, and a spitting cobra (yes, a spitting cobra). But they all paled in comparison to the rain spider, a terrifying creature that runs demonically fast and resembles a monster straight out of Greek mythology. Every volunteer devises their own system for exterminating these pests. I, for one, acquired a cat. But if these critters really get to you, be prepared for a lot of sleepless nights.
Expect to hardly ever see your boss
My immediate supervisor paid me an on-site visit once during my service. He wasn’t lazy — far from it, actually. That’s just standard supervisory oversight as far as the Peace Corps is concerned. Coupled with my various visits to the head office in Zambia’s capital city, Lusaka, I maybe saw him a dozen times after training was completed. If you thrive on independence and hate having a boss who breathes down your neck all day, then this could be a benefit. But the downside is that there’s no one there to manage you, motivate you or — most importantly — correct you when you’re wrong. Staying organized, networking with other volunteers and practically memorizing your program’s reference materials are good strategies for effectively doing your job, in lieu of an on-site manager.
People in the Third World have an interesting perception of the United States
How many houses do you own? Do you have your own airplane? What’s Will Smith like, is he nice? These are just some of the questions I faced during the initial weeks after I was placed in my village. Harmless (and somewhat amusing), right? Well, wait until they get to the heavier stuff. Why are Americans so greedy? Why don’t people in your country help Africa? One of my oddest conversations occurred when an older man cornered me and demanded to know why an ‘American scientist’ was claiming that Jesus Christ had a wife. As it turned out, the scientist in question was Dan Brown, author of The Da Vinci Code. Whether the question is humorous or not to you, chances are the person who asked it was sincerely curious — so exercise a little tact and courtesy when you’re explaining to your new friend why you don’t own a single limousine.
Prepare to get really, really sick at some point during your service
The Third World is a haven of infectious diseases that can lay siege to even the strongest immune systems. The Peace Corps takes measures to prepare volunteers for all the health risks they’ll encounter during their service, but chances are you’ll come down with something nasty at least once. Many volunteers struggle through debilitating bouts of malaria, others are invaded by parasites or worms, and some may even catch a disease that the doctors can’t identify. Getting vaccines, thoroughly washing food, filtering water and taking supplements will help, but they aren’t fail-safe. Don’t worry too much, though — your training will include a comprehensive overview of all the bugs and viruses common to that country, as well as a contingency plan if you find yourself in an emergency situation. And for Christ’s sake, practice safe sex, no matter what (or who). 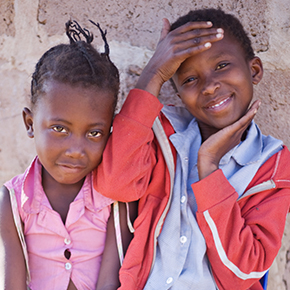 Hope you like kids…
When you first arrive in your village, you’ll probably notice that most of the locals are shy and apprehensive about approaching you. But guess who’s not shy at all? That’s right, the kids in your community — in fact, expect them to be downright fascinated with just about everything you do. The four little girls that lived nearby certainly had no reservations about visiting me virtually every afternoon (though I suspect they may have just been using me for the book of colorful stickers I brought along). Even if you’re not a ‘kid person’, expect to spend a lot of time with your pint-sized tag-alongs. Don’t worry about what the other adults will think; attitudes toward interaction with children are much different in most other countries, and no one will think you’re immature for hanging out with kids — or creepy, for that matter. If anything, most will be grateful that someone hung out with their kids while they were busy with work. Just remember the universal symbol of fun: a good ol’ fashioned soccer match.

You’ll probably fail much more than you’ll succeed
At the risk of sounding like a pessimist, Peace Corps volunteers who successfully complete 10 percent of the projects they start are considered rock stars in their field. There are several reasons for this. Lines of communication are slower in rural communities (regardless of where you are in the world), and the people you enlist to help with projects might be slower to act than you expect (think weeks) — though they usually come through. You’re also likely to run into some locals who don’t care much for volunteers, Americans, or both. At best, these folks will leave you alone; at worst, they’ll hinder your work and spread nasty rumors about you. Your training will assist with this aspect of volunteer service, as well, but it mainly serves to prepare you for an inevitable truth: you won’t save the country, or even your community. But don’t lose hope. If you work hard, stay organized and make an effort to reach out to a large number of local residents, then you’re bound to greatly improve the lives of some of the people around you — maybe not as many as you would like, but certainly enough to make the whole experience worthwhile. You also might want toconsider packing properly with the right bags to prevent unnecessary security issues too.
Get ready to hate the U.S.A. (for a bit, anyway)
Peace Corps volunteers spend hours daydreaming of fast food, air-conditioning/central heat and the chance to hang out with their loved ones. But actually returning home is a different story altogether. People will complain about food quality, apartment space, cable service and other ‘problems’ that seem trivial compared to what you’ve seen during your service. Also, prepare to be hit with a barrage of questions that seem thoughtful and worldly to the inquirer — but come across as utterly idiotic and/or blatantly racist to you. And believe it or not, you may suffer from ‘culture shock’ when you step off that plane at your home airport, even though your surroundings aren’t exactly strange or unusual. Any former P.C.V. will tell you that all these feelings are perfectly normal, and yes, they will eventually pass. The trick is biting your tongue and not scoffing at innocent remarks; that’s just condescending, and nobody likes a know-it-all. But if someone makes a truly ignorant comment, feel free to call them out and embarrass them with all your international expertise.
By Brad Nehring