Choosing the Anti-Malarial Medication That's Right for You

With more than half a million deaths and 216 million new cases reported every year, malaria is considered the deadliest disease in the world. And because the mosquito-borne illness is endemic throughout Asia, Africa and Latin America, physicians urge travelers to stock up on anti-malarial medication before visiting any of these regions. However, each of the five most prescribed anti-malarial drugs can cause distinct side effects among patients — so a little pre-trip research is recommended for anyone with plans to visit a tropical locale.
Atovaquone/proguanil
Brand Names:Malarone, Malanil,
Price:Roughly $5 per 250-mg tablet (one dose)
Administration:Daily
Side Effects:While Malarone is generally considered one of the least debilitating anti-malarial drugs, individuals with a history of kidney trouble and pregnant or breastfeeding women should not take it. The drug is also known to cause mouth ulcers, especially among children and adults with dental braces.
Conclusion:Atovaquone/proguanil-based drugs like Malarone are relatively side effect-free, if a little on the pricy side. They also act quickly; users can begin their regimen one or two days before entering a malarial area.
Chloroquine
Brand Names:Aralen, Resochin and Dawaquin
Price:Roughly $5 per 500-mg tablet (one dose)
Administration:Weekly for two weeks prior to departure, each week during the trip and four weeks after returning home
Side Effects:Many people who take chloroquine suffer from a combination of physical discomfort (headaches, diarrhea, nausea) and sleep disturbances like insomnia or lucid dreams/nightmares. A notable number of users (primarily black Africans) have also noted intense itchiness, often brought on by pre-existing psoriasis.
Conclusion:Chloroquine is dirt cheap, which is why it has been the drug-of-choice for mass anti-malarial pill distributions. Unfortunately, its widespread use has led to high levels of viral resistance. So while chloroquine is inexpensive in the States and even cheaper in malarial regions, it may not prevent malaria as effectively as other drugs (many physicians suggest using it as a supplement, rather than the primary prophylaxis). 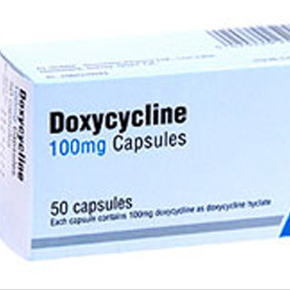 Doxycycline
Brand Names:Vibramycin, Monodox, Periostat, Vibra-Tabs
Price:Roughly 50 cents per 100-mg tablet (one dose)
Administration:Daily
Side Effects:Doxycycline has been shown to produce a rather severe skin reaction that is exacerbated by exposure to the sun. Since virtually every country where malaria is endemic has a tropical or sub-tropical climate, physicians urge individuals who are fair-skinned or prone to sunburn to avoid taking the drug. Doxycycline has also been proven to counteract oral contraception – so ‘barrier methods’ like condoms are recommended for female travelers if the mood should strike them. Fever, chronic headaches and bloody diarrhea are other potential side effects.
Conclusion:While Doxycycline is the cheapest anti-malarial drug on the market, it is usually recommended as a last resort to patients who are traveling to areas with chloroquine-resistant strands of malaria, and who don’t wish to take mefloquine.
Mefloquine
Brand Names:Lariam, Mephaquin, Mefliam
Price:Roughly $9 per 250-mg tablet (one dose)
Administration:Weekly for two weeks prior to departure, each week during the trip and four weeks after returning home
Side Effects:Where do we begin? Mefloquine should not be taken by anyone with epilepsy, cardiac problems or a history of depression, anxiety or psychosis. Minor side effects include nausea, diarrhea and chronic dizziness. Then there are the lucid dreams, a pro or con depending on who you ask – but the intense dreams are often supplemented with insomnia. Many users have also reported psychotic episodes, usually in conjunction with alcohol or drug consumption. On the plus side, pregnant women can take it – but ‘bad mefloquine experiences’ typically outweigh the ‘good’ ones for each user. Update:In July 2013, the FDA issued a ‘black-box label’ (the agency’s strongest warning) for mefloquine.
Conclusion:Mefloquine has been controversial since it was used to prevent malaria among American troops in Vietnam. Chances are that patients who don’t have pre-existing conditions will be fine, but there are less risky options (like everything else on this list). 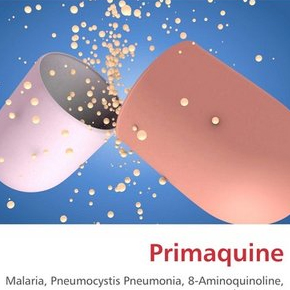 Primaquine
Brand Names:Primaquine
Price:Roughly 70 cents per 15-mg tablet (one dose)
Administration:Daily
Side Effects:Primaquine has been linked to side effects that are generally mild, including diarrhea, dizziness and occasional headaches. The catch is that it should not be taken by anyone who suffers from Glucose-6-phosphate dehydrogenase deficiency, a condition most commonly found in people of African, Asian or Mediterranean/Middle Eastern descent. Pregnant or breastfeeding women should also refrain from taking Primaquine.
Conclusion:The CDC recommends Primaquine for individuals who wish to visit malarial regions, and users are only required to take it for one week after returning home. However, physicians are somewhat reluctant to prescribe Primaquine as the first choice for anti-malarial medication.
No anti-malarial drug is considered 100-percent effective. If you experience malarial symptoms during your travels, immediately contact the nearest clinic – even in the remotest parts of malarial countries, anti-malaria drugs are never too far out of reach.