If you’re wandering the globe in random countries where you cannot speak the language, there is one essential word that you must learn in order to make local friends. This secret code word is not “please”, “thank you” or even “sorry”. It involves the clinking of glasses, bottles, cans or whatever you use to drink your favorite beverage and for us English speakers, the word is cheers! Many people underestimate the power of this word, but I can promise you that if you cruise up to a local bar, purchase a drink, walk over to a group of locals and say CHEERS in their local tongue, they will absolutely love you. Here’s a list of the word for cheers in 10 different languages to help you make friends during your adventures.

And while it’s great drinking with newly made friends when travelling the world, as the saying goes, it’s better to be safe than sorry. Getting a Pacsafe anti-theft bag helps with that. Check out our latest cut resistant and lockable (you can even lock them to a bar stool!) purses, backpacks, crossbody bags and many more styles here. SHOP NOW

Mandarin Chinese is the most widely spoken language on this fine planet, so it would only be appropriate to begin with it. While the level of difficulty to learn this language is outrageously difficult for westerners, there is still hope to make a local friend. When the Chinese celebrate inebriation they circle around a handful of libations and gingerly exclaim ‘Gan Bei.’ 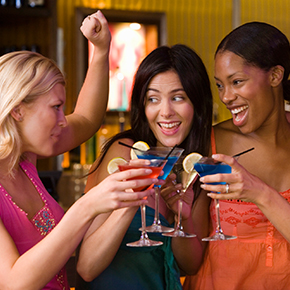 With around 392 million speakers worldwide, Spanish is the 4th most spoken language on the planet. ‘Adult beverages’ are a huge part of Latin culture and from great wine to unique spirits they know how to have a good time. If you find yourself at a classy tapa bar in Spain or drinking beers on the streets in Bolivia, ‘Salud’ is the one word you need to remember.

Although drinking alcohol in many of the countries that speak Arabic is actually illegal, there is still a word to celebrate consuming beverages. The literal translation is good luck, but it is also used for drinks. The phonetic translation for the most important Arabic word is ‘Fe sahatek.’

In a country with a serious reputation for drinking, ‘cheers’ is literally one of the most common words in the Russian vocabulary. As the 5th most spoken language on earth there are roughly 277 million people who currently speak Russian. The phonetic translation of this massively important word for making a friend in Russia is ‘Na zdorovie.’

The national language of Bangladesh and many of the surrounding parts of India is actually the 7th most spoken language on planet earth. Around 211 million people speak this language which is much more people than anyone might expect. The phonetic translation of cheers in Bengali is actually a very appropriate English word which is ‘Joy.’
Thai

No trip to Southeast Asia would be complete without drinking some cheap rice whiskey or ‘Chang’ beer amongst the Thai people. While the region isn’t known for the highest quality or best tasting alcohol the locals definitely enjoy a good beverage from time to time. The word you must remember for you journey to Thailand is ‘Choke Dee.’ 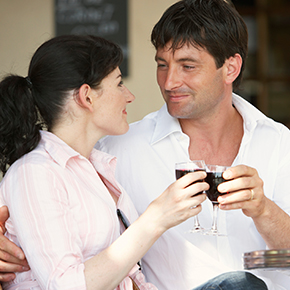 At nearly 129 million speakers worldwide French is another common language spoken in a variety of locations all over the world. Many people consider it to be the most romantic language that exists, so it’s very important to remember the keyword if you are out drinking wine on the streets of Paris. Similar to the Spanish translation, the most important word in the french language is ‘Sante.’

While there are only around 36 million speakers of this African language their word for cheers is just too cool not to inclue in this list. With the majority of Zulu speakers reside in the countries of Southern Africa, they too know how to celebrate a beverage. If you find yourself in this area of the world the one word to remember is ‘Oogy wawa.’

No good sushi dinner is complete without a copious amount of sake. The Japanese know this and they actually have a heavy drinking culture especially among businessmen. Their code word for friendship over a drink is ‘Kan pie’ which translates to ‘dry the glass.’

In Istanbul, the capital of Turkey and gateway to the Middle East from Europe there is a wild blend of cultures. People of Eastern and Western values live amongst each other with vastly different approaches to alcohol’s role in society. Nonetheless there is a word to celebrate intoxication which translated phonetically is ‘Sher-i-feh.’
Now that you know how to say cheers in so many languages, how about planning a trip to these awesome European cities for summer?
By Alex Vere Nicoll