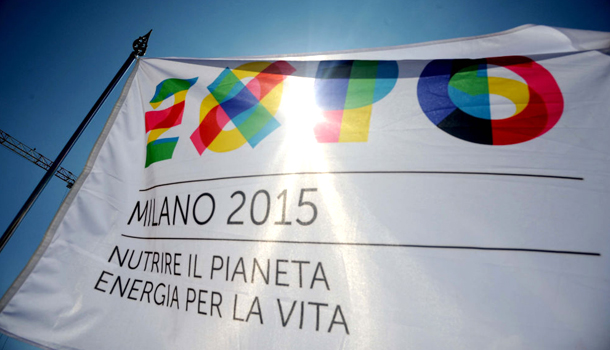 If you’re still looking for a good reason to travel to Europe this year (besides the euro’s best exchange rate in the single European currency’s history), consider the 2015 World’s Fair.
Officially known as Expo Milano 2015, the quinquennial gathering of people from across the globe is essentially a show-and-tell platform that allows countries to demonstrate and promote their culture, arts, foods, technological developments and products.
No, the Internet and 24-7 media coverage haven’t made such international experiences redundant. In fact, World Fairs remain relevant largely because they continue to provide fascinating hands-on experiences and real-time insight into a vast number of cultures in one “live” geographic location.
Whether you call it a World Fair or World Expo, the tradition has ancient roots, reaching back to the days of Silk Road traders and travelers who met at crossroad encampments to exhibit their goods and entertain potential customers. Not only were such fairs a good way to promote goods, but they also provided an essential way to connect with others and promote goodwill amongst travelers.
So in case, you still need convincing, here are 10 solid reasons why you’ll want to be in Milan this year:
Connect Globally Face to Face
Today’s World Fairs have their roots in the massive changes that came about during and after the industrial revolution—the first was held in London in 1851—reflecting both the commercial needs of the times, according to expomuseum.com, while presenting the evolving ideals, hopes and aspirations of people. The goals remain largely unchanged today: connecting nations and fostering goodwill. Expo Milano 2015 is designated as a non-commercial “Universal Exposition,” focused on food and sustainability. With more than 130 nations attending, this Expo is designed to be “sustainable, technological, thematic and focused on its visitors.”
Get Out Of Your Comfort Zone
Expos offer travelers an incredible opportunity to explore the world “outside of their everyday experience”—including different cultures, and the latest scientific advancements and inventions.  Outside of The Olympics and The World Cup, no other event provides travelers with the unique experience of being in one location with a vast variety of people from across the globe.
Chill With The World
Of course, entertainment remains a huge part of it, and each new Expo finds new ways to provide information and inspiration. But perhaps the best thing the expo has to offer is, as expomuseum.com puts it: “to make us even the slightest bit less cynical about the world, and to let us feel [like] we are a part of that world”—something you can’t get from television or a computer.
You Still Have Time To Get There
Which brings us to Milan this year. With a May 15,2015 opening and an October 31 ending, travelers still have plenty of time to make plans.
You’ve Never Seen Anything Like It
The 5–and-a-half month long event takes place on a constructed sitebetween Rho and Pero, just northwest of Milan. The island-like site holds a cluster of exhibition pavilions and stages surrounded by an artificial lake. About one-third of the site is also devoted to open space and another one-sixth to green areas around the perimeter. The massive site, covers 247 square acres, and is expected to be visited by more than 20 million visitors.
You’ll Be In Food, Wine And Art Nirvana
Milan is located in the heart of northern Italy, in the Lombardy, the most prosperous region in Italy, which is surrounded by the well-known wine producing regions  of the Piedmont to the west, the Emilia-Romagna to the south and the Trentino Alto Adige wine region to the east. La Scala, Milan’s famous opera house, which is normally closed in the summer, will be open daily during the Expo.
Travel Beyond Italy—in Italy
Attendees will also have the opportunity to “take a trip around the world, sampling the food and traditions of people from all over the globe.” The U.S. is sending six food trucks, featuring regional American and ethnic fusion menus, to the Expo.
Sustainability And The Environment Will Be Front And Center
The Expo’s main gate, situated in the heart of Milan, will act as a bridge between the city and the exhibition site, and the main stage on which Milan interprets the central theme: “Feeding the Planet, Energy for Life.”
Experience Italy On the World Stage
Part of the reasons so many countries are eager to host a World Fair is that it gives them a chance to show the world who they really are, beyond the stereotypes and the precious tourist view. In this case, the Expo theme has a direct connection to the host country. Agriculture is the second largest industry in Italy, and Milan is the second largest agricultural area, exporting 22 percent of the food it grows and 37 percent of Italian dairy from 62,000 farmers. Taking care of the environment and the agricultural ecosystem is paramount to the 36,000 small to midsize enterprises in the farm-food industry.
Get In The Know
As the Expo guide explains: “Visitors will experience a unique journey that looks at the [complexity] of nutrition.” The Expo will focus on the planet’s food resource issues and agricultural resources,” examining “human history through two aspects of food production: traditional cultural values and the use of new technologies. The idea is to open up a dialogue between international players to exchange views on the major challenges relevant to everyone.”
Italy’s goal is to make Expo Milano 2015, “the first exposition in history to be remembered not only for its products, but also for its contribution towards education on food and the planet’s precious resources.”

Jo Ostgarden
Jo Ostgarden is a freelance journalist who has traveled around the world by plane, train, thumb, bicycle and automobile. She bicycled across Canada, the Pacific Coast Highway from Oregon to British Columbia and throughout 14 countries abroad. Additionally, she’s an enthusiastic longtime backpacker who calls the Grand Canyon her own personal energy spot. She’s also expert on travel in the Pacific Northwest, Hawaii and Ireland. She edited and re-wrote the final edition of Best Places Northwest Travel Guide, and has written about travel, health, nutrition and endurance sports gear for dozens of magazines and newspapers, including Bicycling Magazine.