Discover Paris in a Day 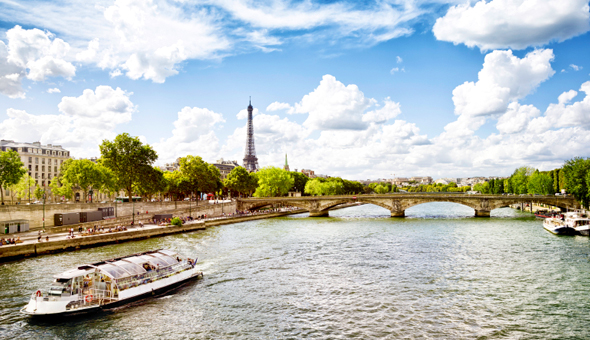 Paris is a city best discovered over the course of a week, maybe two, but sometimes you have to settle for what you can get. Whether a delayed flight ruins your vacation plans or your business trip will only leave you with a short period in which to explore the city, this itinerary will help you get the most out of one day in Paris.
Wake Early
The French love to get their day off to a slow start, but the tourists sure don’t. If you want to visit some of Paris’ top tourist attractions, you’ll need to wake up at the crack of dawn to stand in line.
Rise early around 6 am and make your way to the nearest café for a croissant and coffee. If your hotel is serving breakfast, go ahead and eat there as it’ll probably save you time. Just be warned, French hotel breakfasts typically aren’t complimentary like their American counterparts.
After scarfing down your meal, it’s time to head to the metro. It’s incredibly speedy and can put you within walking distance to every major attraction the city has to offer, so don’t waste your money on a taxi. The metro costs less than two euros per ride. Late at night, certain trains can seem a little sketchy, so you might want to consider investing in an anti-theft bag or wallet. 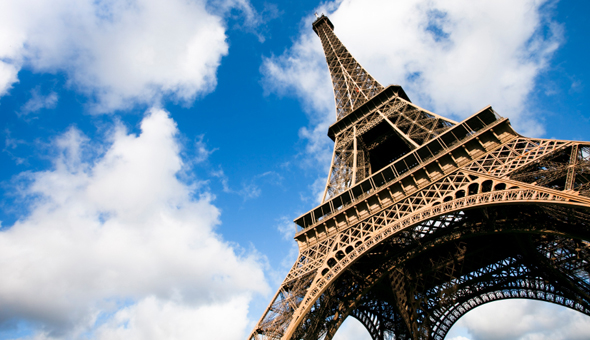 Hit The Popular Attractions First
The two most popular attractions in Paris are, far and away, the Eiffel Tower and the Louvre. You’ll want to hit them first to lessen the impact of the ridiculously long lines you’ll be forced to stand in—there’s no getting around them. Start at the Tower, which opens at 9 am in the summer. Expect to wait at least an hour before getting in. If you want to travel to the top, a lift ride will cost you 15 euros while the stairs—good luck!—will cost five.
From there, you can walk to the Louvre. The line here moves substantially faster, but there’s more to see and do, and you could easily spend the entire day exploring the exhibits. I recommend researching your favorites beforehand and sticking with just a few, otherwise you won’t have time to see the rest of the city.
Next stop: Notre Dame. This classical cathedral isn’t harboring any hunchbacks, sad to say, but it does contain some beautiful stained-glass mosaics and sculptures that are worth a look even if you aren’t particularly religious. The main cathedral is free to explore and, though it looks daunting, the line to enter moves quickly. If you want to enter the tower, there’s a separate entrance around the side and it will cost you roughly 10 euros.
Eat!
At this point you’ll have spent half the day, at least, exploring the most famous architecture of the city and you’ll probably be starving. The food in Paris is expensive, but delicious. Head over to the area known as St Michele for a wide variety of dining options. You’ll find fancy fare as well as hole-in-the-wall hotspots with delicious foods for slightly more affordable prices.
For a good meal at a reasonable price, Le Bourbon offers an entrée, main plate and dessert for anywhere between 10 and 25 euros per person. It’s tiny, but packed for a reason. 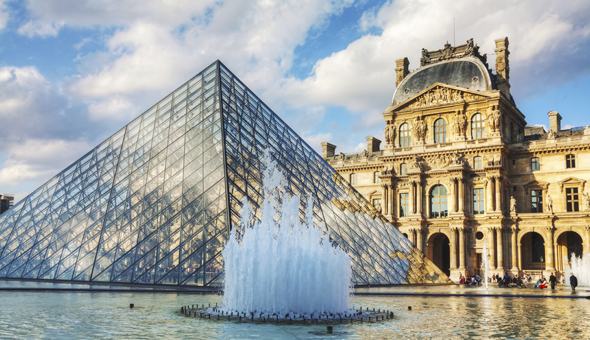 Hit The Lesser Attractions
Once you’ve eaten your fill, it’s time to get back on your feet and explore some less popular, but still fun, destinations.
If shopping is something you’re interested in, then make your way to the Arc de Triomphe at the center of Place de l’Étoile. The giant arch was designed to commemorate Napoleon’s war victories, and you can climb to the top and look out over one of Paris’ most popular shopping districts. Afterward, hop down and pop into a few shops for some delectable pastries and chocolate treats.
Once you’re done shopping, head up to the highest point in Paris; but, first, make a little pit stop to check out the famous Moulin Rouge. It’s an expensive restaurant now, so you probably don’t want to eat there, but it’s fun to stop and have a look.
Continue onward toward the Sacré-Cœur Basilique, a white, domed church that offers spectacular views of the city skyline after an arduous climb up streets and stairs. It’s a little rough on the legs, but the view is worth it. You can enter the church and take in the 19th century mosaics and crypts before watching the sun set over Paris.
End your day by heading back toward the Concorde, where you found the Louvre, for a spectacular view of the famous landmarks lit up at night. Both the Eiffel Tower and the museum are lit up when the sun goes down and make for a beautiful ending to a day of exploration.