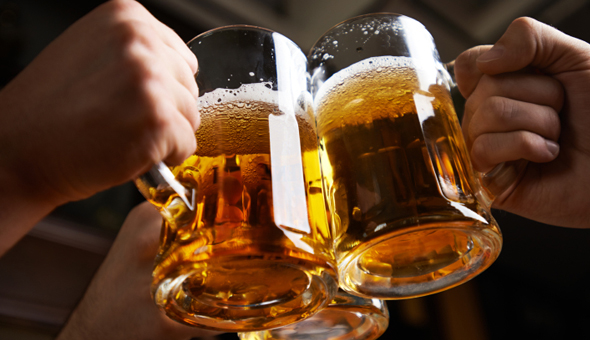 As if you needed an excuse to drink all of your favorite beers in one day! International Beer Day is August 7th and, incase you find yourself torn between what beer from which countries should be downed, this comprehensive round-up should help you out considerably.
Cheers! Prost! Salud! Stay thirsty, my friends.
USA
The Well-Known: Budweiser and Coors have been quenching the thirst of college kids and blue-collar workers for decades. Why not celebrate ‘Merica by throwing back one of these mainstays?
The Craft: Two state powerhouses in the craft beer industry, Colorado and California, provide excellent variety for beer lovers. If you’re looking for something unique and bold, Avery Brewing Company of Boulder, Co., is a good place to start with its Mephistopheles Stout, while California’s Karl Strauss Brewing invites you to sip your summer cares away by indulging in their Mosaic Session Ale.
Ireland
We all know (and love) Guinness. It’s hearty, substantive, and bold just like the people of Ireland. But why not also try O’Hara’s Celtic Stout with its vigorous flavor and decadent finish.
Germany
Not only is it fun to say, but Ritterguts Gose is also deliciously fun to drink. This traditionally salty and sharp beer has a rich history and an even richer flavor. If experimenting isn’t quite your delight, you can always go with the ever-popular Beck’s pilsner with its crisp freshness and subtle hops.
Mexico
You don’t always drink beer, but when you do…it should be this lesser known, but no less amazing, Mexican beer: Cucapa Obscura, a brown ale infused with the sweetness of dates and raisins. Of course, you can always knock back a Dos Equis (perfectly acceptable), but in the interest of becoming the Most Interesting Man (or Woman) in the World, we think a well-rounded knowledge of Mexico’s brews is in order.
Australia
Much like American’s West, Australia has been undergoing a Beervolution of its own, with microbrewies popping up all over the place much to the delight of locals and visitors. Two big names in the Australian craft beer industry, Mountain Goat Brewery and Thunder Road Brewing Company both turn out some unique and refreshing blends, including Mountain Goat’s Fancy Pants Amber Ale and Thunder Road’s Full Steam Pale Lager.
Honorable Mentions
Though not specifically known for its thriving beer scene, Japan does boast some interesting concoctions. The Morimoto Soba Ale, which utilizes buckwheat (yep, think noodles) is rich, nutty, and not even close to some of the watered down beers you’ll often find in Asia.
For some reason, the USA’s quiet neighbor to the north is often forgotten when it comes to the world’s thriving beer scene. One beer you shouldn’t forget to sample: Holy Smoke Scotch Ale from Church-Key Brewing Company. This peat-smoked Scotch Ale is dark, velvety, and utterly fantastic.