Five Unique Lakes Around the World and Why We Love Them

How many beach holidays have you pictured that were on a lake instead of the ocean? Often, when people picture beach vacations they imagine swaying palm trees and sandy toes, but there’s an alternative, and in some ways, it’s even better than the ocean.The lakes we’re talking about have fresh rather than salty water, some are surrounded by mountains, and some are incredible colors thanks to their mineral content. If you didn’t love lakes before, check these out: 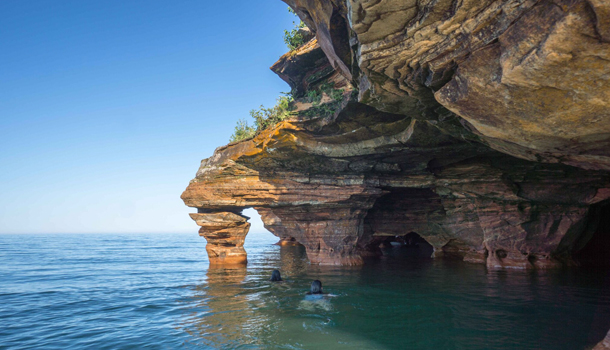 By surface area, Lake Superior is the world’s largest freshwater lake and the third largest by volume. The average retention time (amount of time a drop of water remains in the lake) is 191 years and it contains 10% of the world’s surface freshwater.That is one seriously huge lake, with two countries and several states bordering it.In Bayfield, Wisconsin, sandstone sea caves have been carved by the waves overtime and have formed sea caves. In the wintertime, they freeze over for quite the spectacle.

Lago O’Higgins is famous for a few reasons, namely as the lake that ends the Carretera Austral, and the voyage to Patagonia’s most remote areas.This lake’s striking blue-ish green color is a result of the clear glacial water and the minerals in the rock, and it’s some of the cleanest water on earth.There’s another feature of the lake that makes it worth visiting – the O’HigginsGlacier. It’s one of the principal glaciers of the Southern Patagonian Ice Field, the world’s second largest contiguous extra polar ice field. 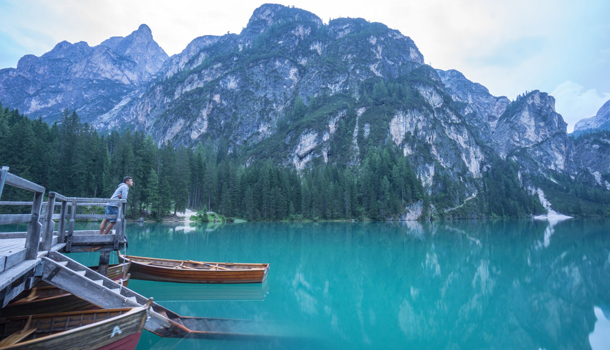 In Italy’s northern, Alpine region known as South Tyrol, This lake is famous with locals for appearing on an Italian TV show, but much of the rest of the world still doesn’t know about this dazzling water. The lake is framed by the Alps and famous for boating across the water and visiting in any and every season to see how its beauty changes.This is also a part of Italy where German is a just as widely spoken language asItalian, and the food has a style all its own as well, with favorites from both cultures.

Though named after just one of its bordering countries, Lake Malawi has a surface area of 29,600 km² and has shorelines on Mozambique and Tanzania as well. It’s the ninth largest lake in the world but it has more species of fish than any others.Lake Malawi is a river-fed, meromictic lake, meaning that the waters don’t mix. Italso gets some serious swell and undertow, and is popular for SCUBA divers. The hiking and bird watching around the lake is also famous, as are the locals for their amazing friendliness. 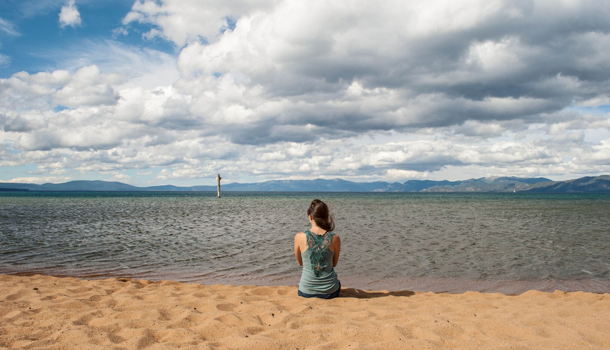 In a state known for its beaches, California’s (and Nevada’s, too, let’s not forget)Lake Tahoe is a favorite in the summer for the sun and the winter for the slopes. It’s the largest Alpine lake in the United States, sitting high in the Sierra Nevada mountain range at an elevation of 6,225 feet (1,897 meters).  Of all of the lakes on this list, Lake Tahoe is the one of the most popular with tourists thanks to its location and wealth of year-round activities.Can a lake vacation be just as good as a beach one? With the benefit of the scenery of higher elevations and the unique surroundings, sometimes they can be even better and more interesting.In any season and all parts of the world, lakes have their place on every bucket list.