Horror Travel Stories: This is What Adventures Are Made Of 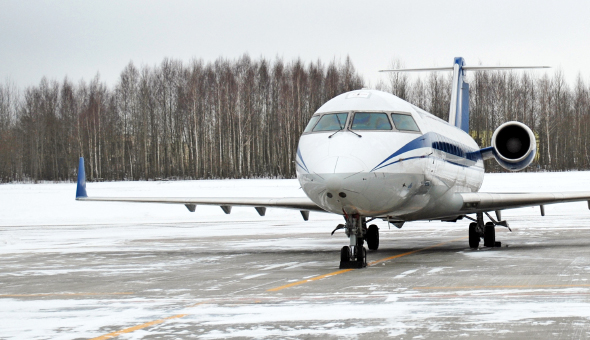 In the past 20 years, I’ve lived in six different countries. I’ve done a lot of sleeping on airports, a lot of riding on trains that are slower than walking, a lot of visiting places where everything goes wrong the minute you get there. Like the time I got stuck in Moscow in a blizzard during a connecting flight and the airline gave me a hotel room for the night—but then send this old babushka (grandmother) to share the room with me. It could have been a nightmare, except that we ended up watching this old Soviet movie together. My Russian was nonexistent back then so I have no idea what any of the characters was saying—which prompted the babushka to try to explain to me, in Russian, what was going on. It was perhaps one of the funniest travel disasters I’ve ever experienced.
Flying in Russia was always an adventure. I was on flights where drunk passengers got into fist fights and screaming matches or fell asleep in the toilet for the entire flight. Not to mention flights where there was duct tape all around the window. After living there for a couple of years, I barely noticed those things anymore. That is, until I booked that fateful flight from Novosibirsk (the capital of Siberia) to Yekaterinburg (the city where the Romanovs were killed). I was living in Novosibirsk at the time and needed to go to Yekaterinburg for the day to visit the Vietnamese embassy. Everything’s in Russia is far away, no matter where you’re going, so I readied myself for the four-hour flight and whatever would come with it.
Things started going wrong from the get go.
I get to the airport at 3 am under a heavy blanket of snow. It’s minus 34 degrees Fahrenheit and the runways are covered in ice. Not that it matters that much—turns out planes in Siberia take off and land on ice because it would be impossible to keep the runways ice-free during winter. Once there, we are asked to walk out of the airport building and towards the plane—parked about 1500 feet away—because it’s too icy for the plane to approach the building safely. It’s minus 34 degrees, remember? And it’s snowing.
So I get on the plane—which turns out to be a propeller plane at least 30 years old—to discover there’s no heating inside and no toilet. We’re told to keep our jackets on until after take off and that the plane would “naturally heat up thanks to the engine once we’re up in the air.” That turns out to be true—in fact, the temperature eventually hits a sweaty 80 F for about an hour, immediately followed by a sudden drop where we all start to freeze again. The toilet? Sorry, the plane doesn’t have one—and there’s no explanation as to why this is even possible. No trays, no overhead personal lights and no drinks on board. Need water? Hope you brought your own bottle.
We do eventually take off after zigzagging and skidding down the icy runway, only to hit turbulence all the way to Yekaterinburg.
It makes for a great story now. I didn’t find it even a tiny bit amusing back then.
After Russia, I spent a year and a half living in Vietnam, where I was the only foreigner in a very traditional neighborhood in Hanoi. This was apparently a huge deal for my neighbor, who would bring her kids to my kitchen window every morning to watch the foreigner cook breakfast. I think I seriously hurt her feelings the day I decided to hang curtains.
All in all, it’s been a great ride. And a good lesson on how so many stories that seem disastrous turn out to be funny anecdotes you can keep laughing about for years.