It Even Rains in Paradise

Some days the trip looks like the postcard. The skies are clear, the sun is warm and a gentle breeze blows in. The train comes on time. The hotel offers an unexpected view and the meals are inexpensive and heavenly. Yesterday was not one of those days.
I travel enough to have days like this, where things don’t go quite the way you would like. It’s not that there is something seriously wrong, but somedays the travel isn’t like the brochure.
Yesterday was one of those days. The hotel the night before had been nice, but our daughter Liz and her husband Danny had been kept up much of the night by the relentless beat of the disco next door to the hotel, and Danny was already sick. My wife Joan and I were awakened at 4 a.m. by a a thunderstorm and our son Mike’s back had gone out. None of these are enough to make us pack our bags and head to the airport. They are just part of the everyday challenges on the road. Advil and cold medicine were administered, and we left the picturesque town of Trogir to drive to Plitvice National Park, one of the most spectacularly scenic sites in Croatia. 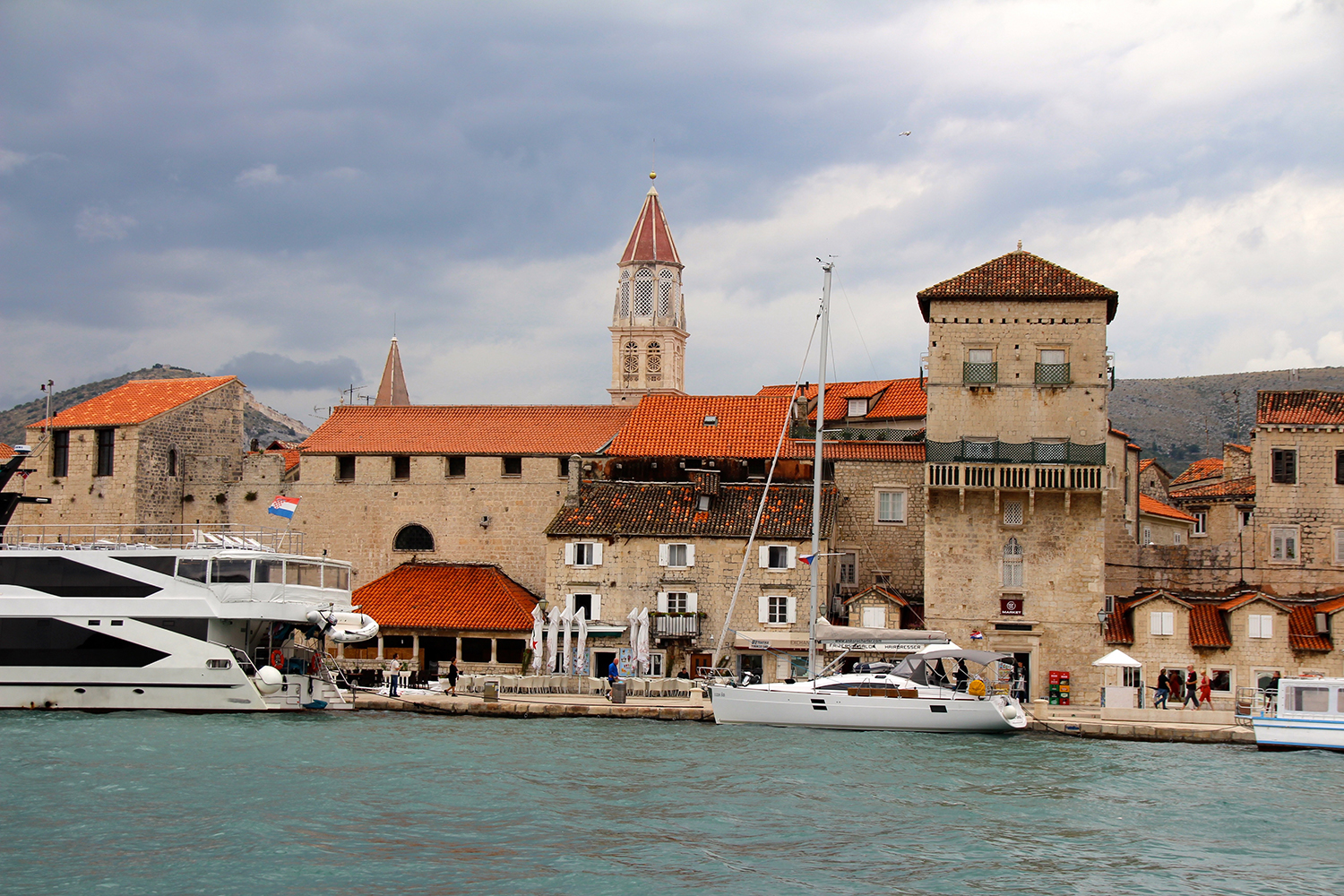 Weather
The drive was filled with occasional driving rain and gusty winds. You can’t have a beautiful green countryside like Croatia’s without a little rain now and then. You can try and look at weather for a particular time of year and get optimal weather, but you can’t guarantee that the one day you need to be outside will be the one day it rains. So the question is, how will you respond?
We had packed umbrellas and reasonably waterproof jackets so, when we arrived at Plitvice, we hiked. By that time it wasn’t a driving rain but a drizzle. It was probably enough to diminish some of the crowds, but not the beauty of this series of green-blue lakes and cascades at the UNESCO recognized site. We were so glad we got out of the car and walked for a couple of hours along the boardwalks and paths of this site. Even on a beautiful day, you can’t see anything from the car. It’s not one big view like Niagara Falls, but a series of smaller views, always with another small waterfall around the next corner or up the next stairs.
By contrast, I remember being on a bus tour once and one of the tourists on the bus complained loudly that the rain was ruining her visit. To a rain forest. Where it rains 300 inches a year.
We have had tours cut short by lightning storms, like a time when we were zip-lining in the Costa Rican cloud forest, and they decided that being high up in a tree attached to metal cables might not be such a good idea. We had a tour cut short by lightning in Morocco while we were on camels in the Sahara. Our approach is more one of laughing at the absurdity of life and carrying on.
We pack rain gear and a good attitude because there is no bad weather, only inappropriate clothing. 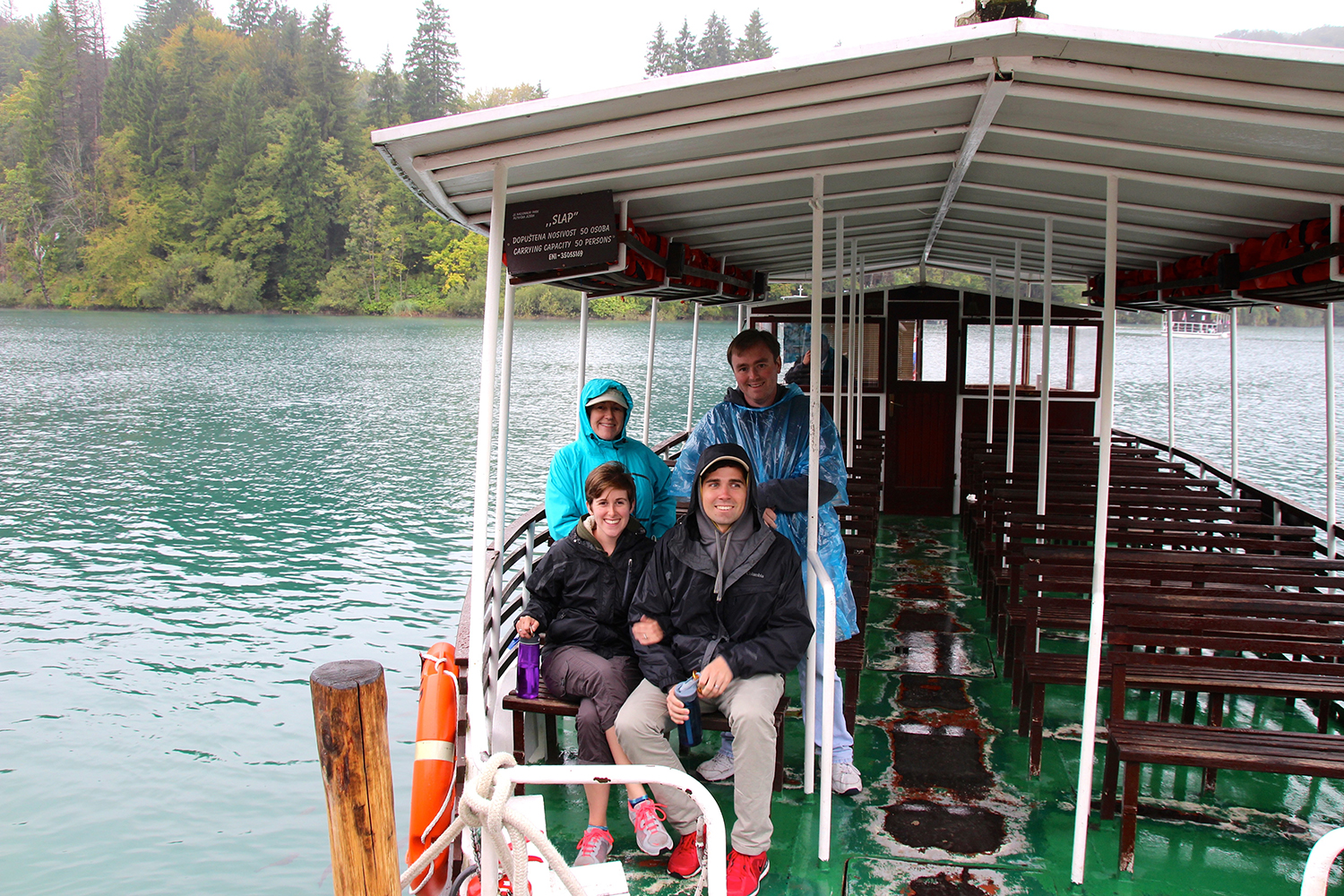 Food
We have had meals on this trip that made us exclaim how wonderful they were. We have tried local dishes like civapcici and familiar favorites like pizza and pasta. But sometimes you just need to eat and end up at the cafeteria of the national park. My conversation with the woman serving “hot” dishes only made it half way across the language barrier. She offered vegetable stew and sausages. I said yes to the sausages but got both. Other than it being fairly tasteless and not particularly hot and not at all what I wanted, it wasn’t that bad.
These days we can increase our chance of a good meal by using online resources like Yelp or by looking for TripAdvisor Certificate of Excellence stickers in the restaurant windows. We have had our share of good meals, simple meals, fancy meals and disappointing meals, but, as long as they don’t get you sick, even a disappointing meal doesn’t need to ruin the trip. You will eat again in a few hours and will get another chance for culinary greatness. 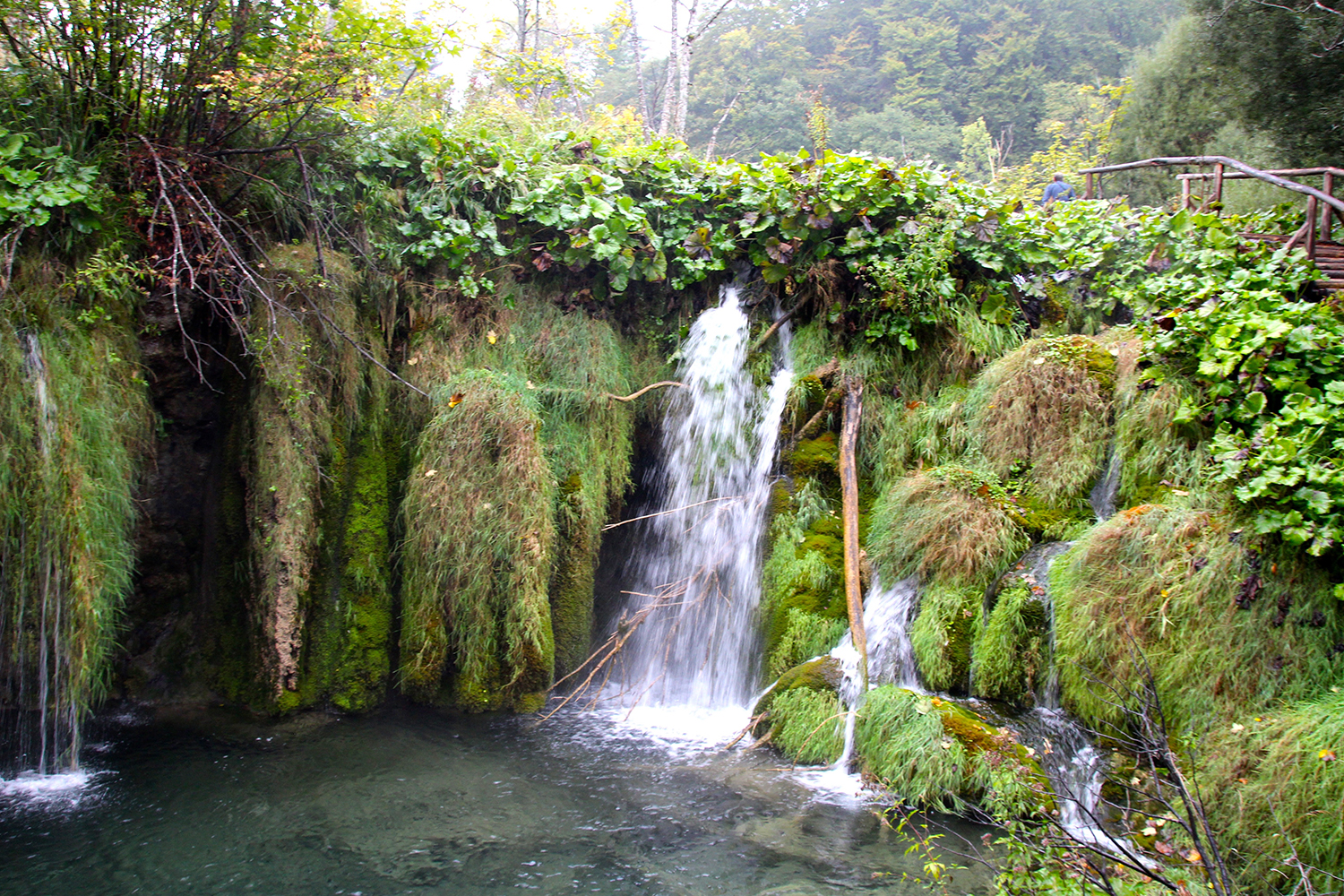 When Things Go a Little Wrong
When we finally arrived at the beautiful Hotel Dubrovnik in downtown Zagreb, they had lost our reservations. This was moments after I had driven our rental car into a street that seemed to be only for trams and had to back up halfway down the block in what could only be call a mild panic. And, of course, the rental car company who was supposed to pick up the rental car had the impression that we wouldn’t be dropping it off until a day later and didn’t show up to retrieve it. Things go wrong sometimes. Connections are missed, reservations are lost, directions are unclear.
We didn’t panic—except for that driving among the trams part. We waited patiently and the hotel found us three rooms. We talked to the rental car company and they said they would pick up the car the next morning. We knew that even if we could not find a room at this hotel, we could likely find one in the city. We’ve had to do it before. We’ve walked into apartments or hotels and quickly changed our plans to stay there. We knew we could find wi-fi and book another room. We’ve had hotels find us another room on a few occasions after they had given ours away for some unclear reason.
When we travel, we prepare. We print out itineraries with hotel addresses and directions. We look up directions ahead of time. When we travel internationally, we download offline maps so that we can navigate even without a data plan. I know that some people take only group trips to have someone to fix problems like this, and I understand that, but we find independent travel teaches us confidence and self- reliance. 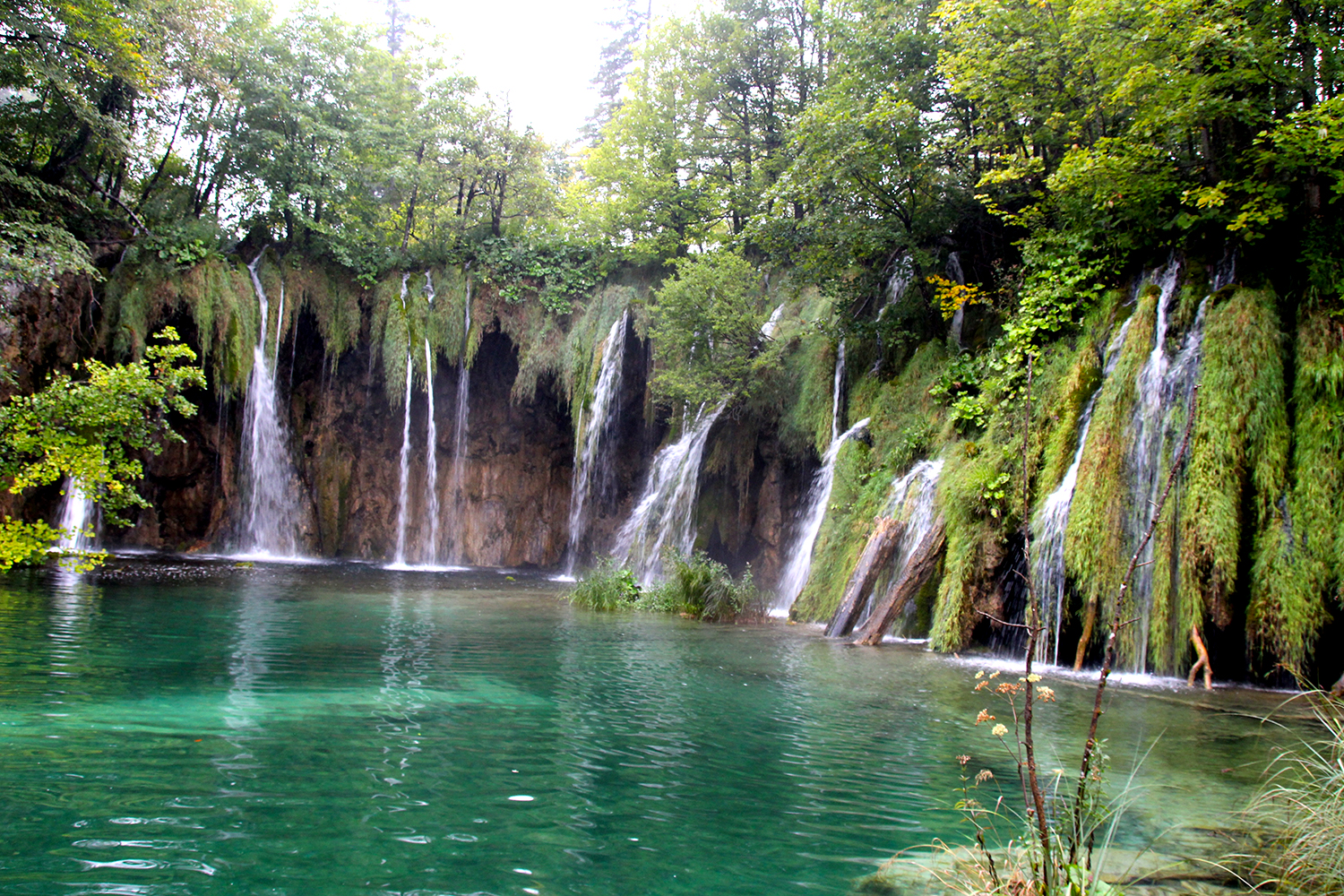 Confusion
Somedays, like today, you walk into the bus station and have no clue how to find your bus. Every sign seemed to be in Serbo-Croatian and none of them seem to indicate what buses left from what gates. So we dealt with it. We found a tourism information office that pointed us to a bus information window. We handed them our tickets which were preordered online and printed out. Sometimes you get someone who speaks English like a language teacher, and sometimes you get tourist charades, but you figure it out. It all becomes one big puzzle. Can you figure out how to get the ticket you need from the machine, can you navigate by the road signs, can you ask directions from a local and understand the answer? When you do, when you make it work, you learn a valuable new skill and get one great experience and story to share with others. 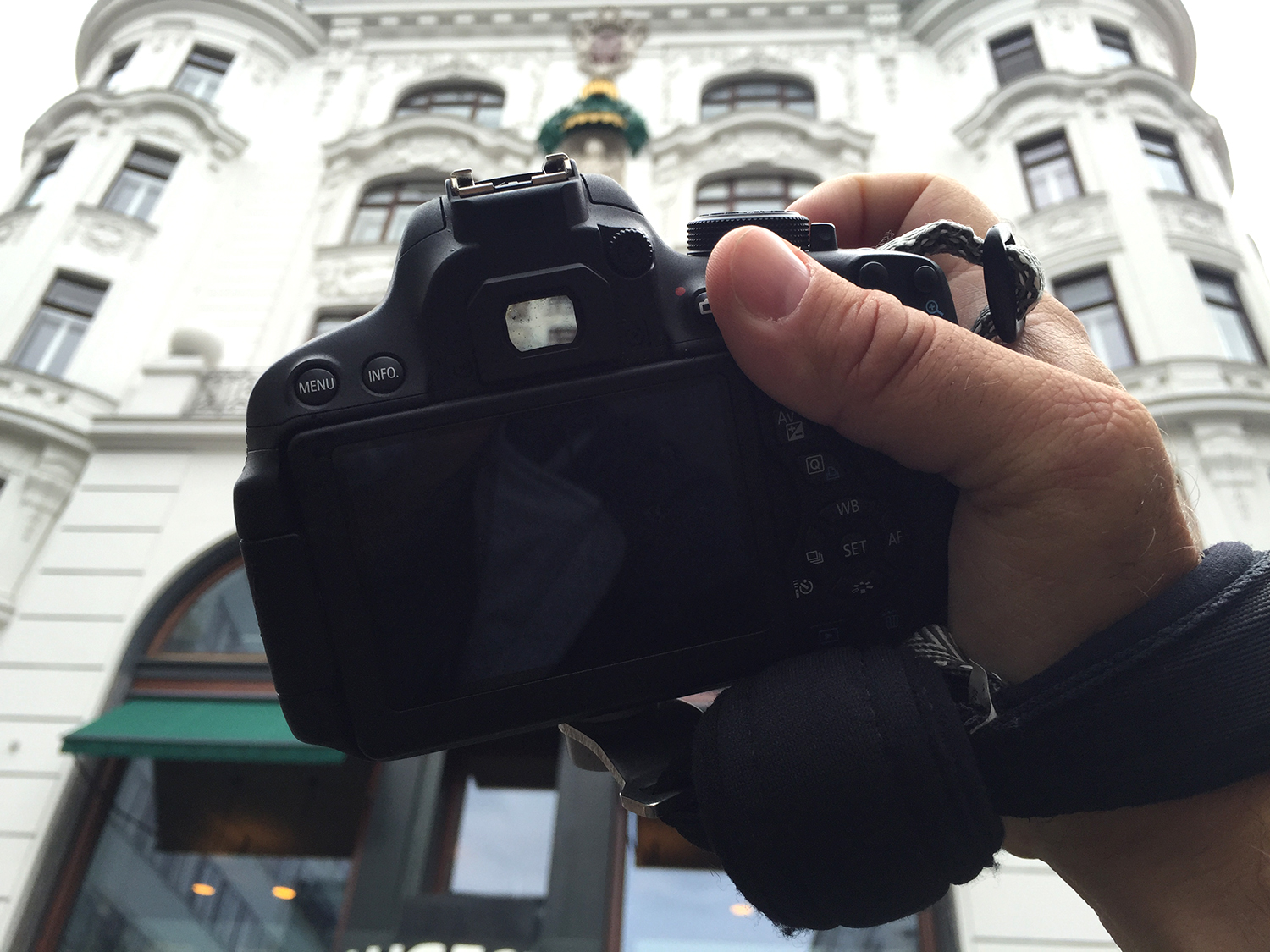 Crime
The first twenty minutes we were in Paris, our friend was pick-pocketed. The first day that we were in Rome, two friends were pick-pocketed (one bought his own wallet back from a young boy.) These things happen. Both of those were still wonderful trips, even for those who were robbed. If you are robbed, you deal with it. If you are scammed, you learn from it.
Of course, we also take steps to avoid it. We keep an awareness of where our valuables are at all times. My wife carries a Pacsafe Slingsafe™ 100 GII anti-theft shoulder bag which is theft resistant. My SLR camera is on a Carrysafe® 50 anti-theft DSLR camera wrist strap so that I won’t lose it. I don’t leave a wallet in a back pocket, and when I am particularly concerned, I use a money pouch I tuck under my shirt.
Conclusion
This morning we woke refreshed after a good night’s sleep at the Hotel Dubrovnik. We enjoyed using their (fast) wi-fi to catch up on some email and other work. The hotel manager was so embarrassed that the hotel had lost our reservations that they informed us they were comping all 3 rooms which I didn’t really think was necessary, but it sure was nice. Sometimes when you patiently bear with the little things that go wrong, the ones that go wrong in spite of all your planning, the day gets brighter. So we gladly thanked our hosts and headed to a walking tour of Zagreb…in the rain. 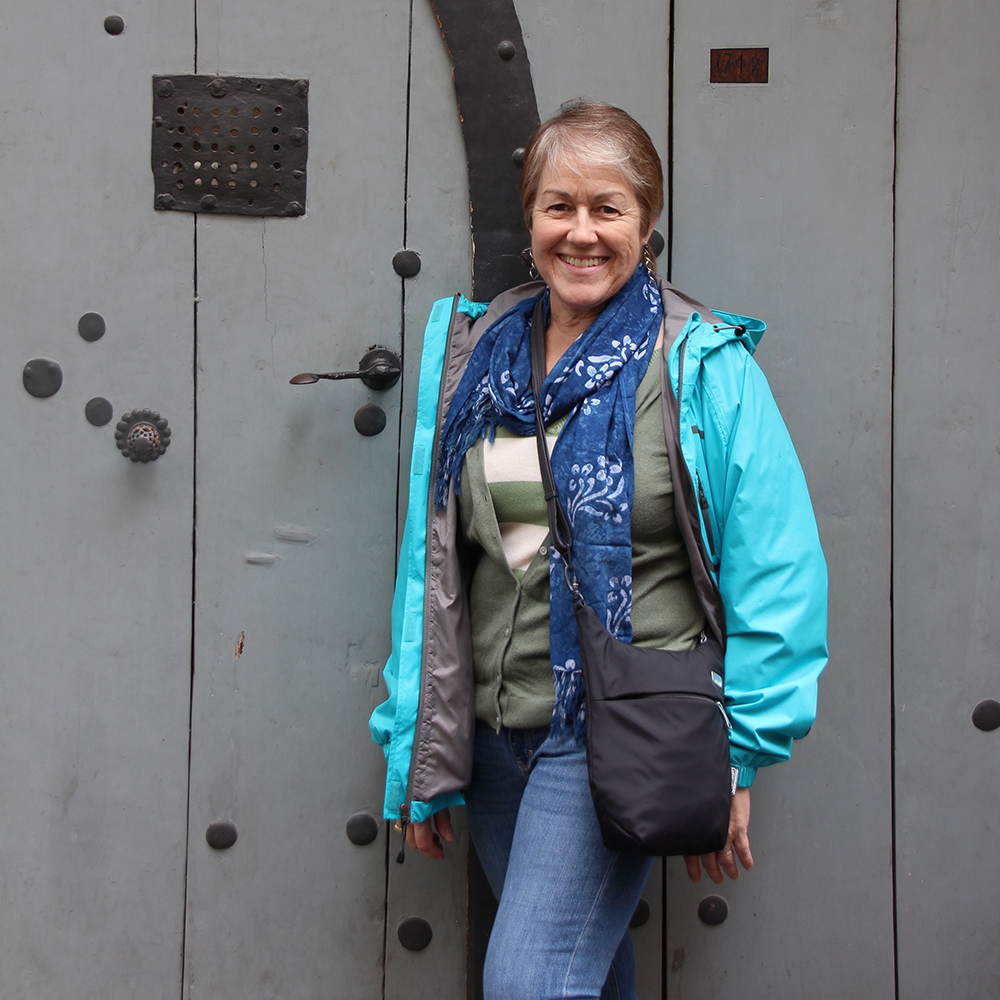