Pau: Capital of the Pyrenees 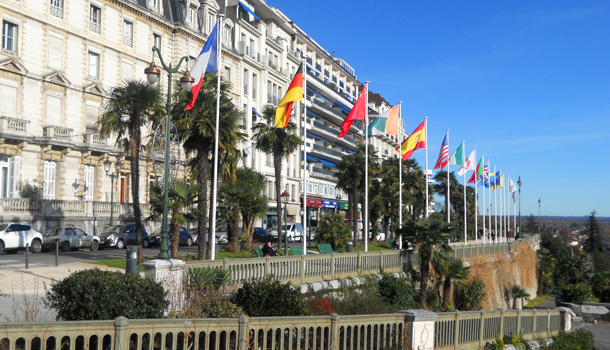 One wouldn’t expect to find streets lined with palm trees in the southwest of France, but that’s exactly what you get when you take a stroll along the Boulevard des Pyrénées in the charming city of Pau.
This uniquely adorned walkway is the opening gateway that lends itself to a breathtaking view of the Pyrenees Mountains. The jagged, snow-capped ridges of the range that separates France from Spain lies roughly 50 kilometers in the distance and poses a striking picture straight out of a postcard.
There’s a reason they call this city the Capital of the Pyrenees. It has served as a favorite tourist destination for British vacationers and expats for the better half of the last century thanks to both its proximity to the great snowy mountains and all of the small-town charm it holds. There are shops aplenty lining the streets, mingling with elegant abodes that’ll take you right back into the 19th century.
Pau’s tactical position at the foot of the mountains is precisely why it was once the capital of the French region of Béarn, a fact residents are quick to point out. 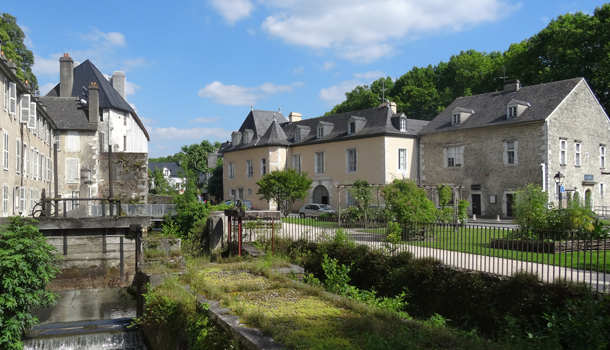 One of the brightest spectacles is the Château de Pau, the birthplace of one of France’s most famous kings: King Henry IV. The castle was once a popular vacation home for Napoleon, of all people, and today plays host to a dazzling museum full of artifacts from the chateau’s illustrious history, including a turtle shell Henry IV used to sleep in as a baby.
During my stay I was lucky enough to catch a special celebration of the Journées Européennes du Patrimoine during the month of August, in which a spectacular light show illuminated the walls of the castle and narrated the life of the king. Even if you’re not fortunate enough to visit during August, the castle is still worth a visit. Be sure to stop at the Creperie de Château for a bite after walking the halls.
You’ll often find yourself surrounded by many French and European tourists visiting the area, so you won’t feel like quite the outsider. The folks in this quiet city are exceedingly friendly, contrary to the reputation of some of the country’s denizens. They’re more than happy to point you to a place for a great cup of coffee (L’Entropie) or a delicious burger with special regional sauce (O’Resto). They even have pizza that rivals the Italians at a popular joint called L’Etna.
The summer months play host to a variety of festivals, and we were also lucky enough to arrive during the annual Hestiv’Oc gathering. Hestiv’Oc is a foodie’s paradise with locally grown eats taking the spotlight for a few days of fun and great music. I didn’t understand a word of what was being sung, but the traditional French music was easy to sway along to and it was so enjoyable watching children and adults alike dance the night away. 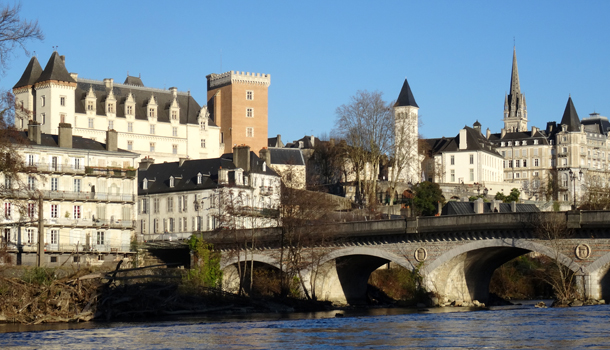 The city itself is a small hamlet, entirely walkable from one end to the other. You needn’t worry about renting a car, or even taking one of the many buses available floating through town. In fact, if you pursue other transportation, you’ll probably miss some great treasures hidden down back alleys you can only find on foot.
A short train ride away is the city of Lourdes, one of the few sites where Saint Mary is said to have appeared. A little bit further and you’ll find yourself knee deep in the mountains for endless trails and camping opportunities. Just an hour to the west are the balmy beaches of the Atlantic.
Extravagant villas are still numerous in Pau, and you’ll often find them adorned with gardens and lime trees, with fruit waiting to be picked. The city comes to a standstill come Sunday and even in the early evenings, though you’ll find restaurants stay open late in the night to accommodate the somewhat strange (to American standards) eating habits of the French. It’s nothing to see locals gearing up to head out for dinner around 9 p.m.
Pau seems to be an extraordinarily safe sitting, and I often found myself wandering the streets late in the night admiring the stone walls of the apartment buildings in the center of town.  The city certainly holds on to the true European feel and is a great treat for any intrepid traveler looking to step off the straight and narrow path and get a taste of the French countryside.