6 Cheapest Ways to Eat Through Europe

Are you on a backpacker budget? Food is an inevitable expense when traveling, but luckily, travelers can eat on the cheap in many European cities. When on the go, here’s what to eat in some of Europe’s most visited cities and countries.
Wursts and Döner Kebabs, Germany 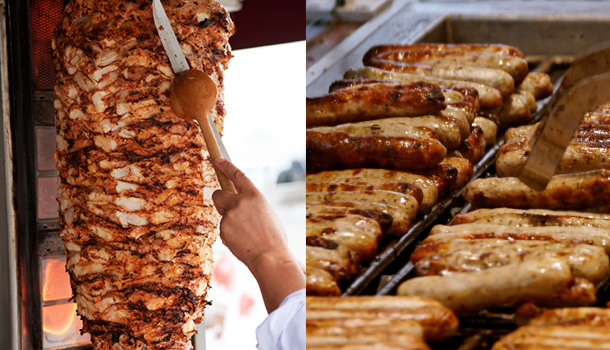 Germany’s most notable food is the wurst. Tube steak carts, stands, and restaurants are found throughout the country. The only thing that changes is the type of wurst. In city centers, wurst carts sell a wiener in a bun for as low as €1.35. The popular sliced curry wurst plate costs approximately €1.50. Also, Germany is home to the largest number of döner kebab shops—17,000 in fact. Döner-makers stuff a “rolle” or a tasche, thick Turkish bread, with meat or falafel, cabbage, tomatoes, lettuce, onion and yogurt sauce all for €3-4.
Milk Bars, Krakow, Poland
The ex-Socialist milk bars in Krakow were government-subsidized cafes that offered traditional food at cheap prices. The first milk bar opened in 1896 and boomed during the World Wars. Milk bars offer large portions for a fraction of the price. A standard plate includes mushroom and cabbage pierogies, creamy soups, potato pancakes and an omelet for about $3-4 US.
Croissants & Espresso, Paris, France 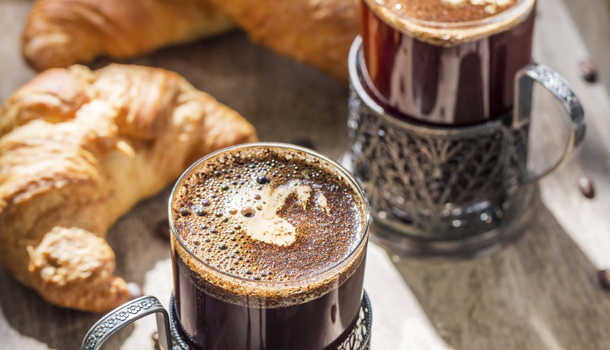 It’s no secret that Paris is expensive, but two Parisian essentials (croissants and espresso) are thankfully affordable. The cheapest method is to buy meat, cheese, and vegetables from a grocery store and stuff the croissants for a hearty lunch.
Communist & Hostel Bars, Tallinn, Estonia 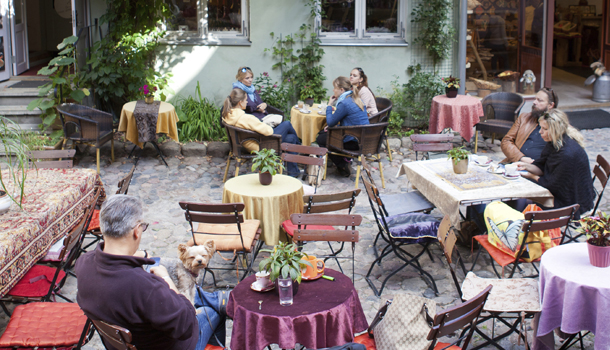 Tallinn, Estonia is affordable, but hostel and communist bars offer traditional Eastern eats for cheap prices. The only thing that’s changed in the communist bars is that the waitresses are older. The décor still boasts a 1970’s bleak aura, but when paying €1.50 for a bowl of homemade goulash, who’s going to complain? Check local hostels where kitchens serve meals for less than €5.
Street Food & Markets, London, England 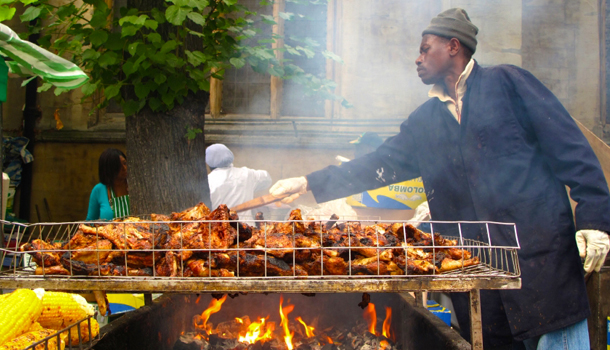 If you want a great view of the Thames River on the cheap, then hit the street carts. Street carts and the Southbank Market are close to the London Eye where snacks, sandwiches and creative concoctions cost fewer than £7-8. The popular Camden Market offers the most bang for the buck. Bulky plates of Asian food and burritos bursting at the seams cost about £5.
Market Foods, Riga, Latvia 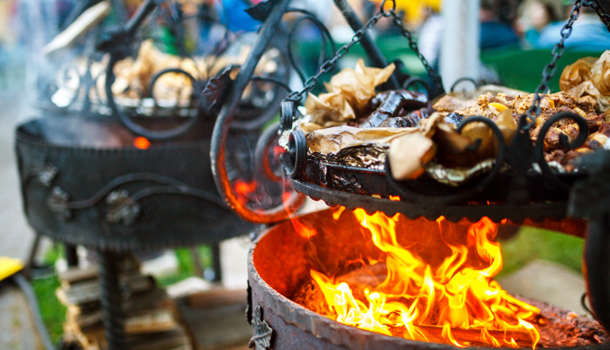 Riga is an affordable Eastern European city for eating and drinking. Many tourist-based restaurants offer fantastic cuisine, but at tourist prices. Head to the main local market where you can find everything such as fruit, meat, pastries, sandwiches, coffees and, of course, alcohol. Pastries and cookies cost as low as €0.25 and a large loaf of bread is less than €1.
images ©istockphoto