Street Festivals of the World 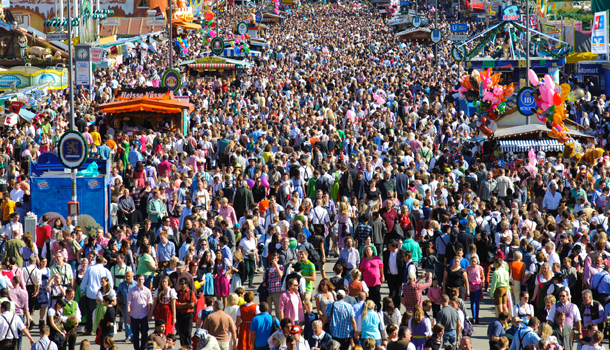 How often have you wandered a foreign city’s streets and suddenly discovered a festival you never knew existed? If you have, chances are the impromptu celebration gave you a completely new impression of that place – and whether it’s through hearing new music, feeling part of the local community, or simply eating deliciously strange food on a stick, festivals are a fantastic way to know a country better when you travel the world. Luckily, the world is full of street festivals and they often occur at the same time each year – so planning your vacation to coincide with them is easier than ever. 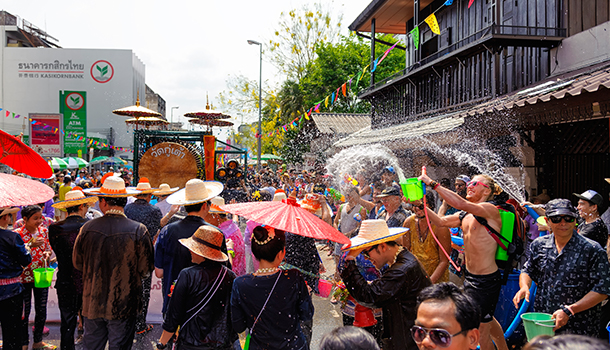 Songkran in Thailand
This traditional New Year’s celebration actually takes place in early April because Thailand follows a different calendar – but the historic celebrations are anything but solemn. For an entire weekend, Thailand’s streets are taken over by excited wielders of water pistols, water balloons, buckets and even elephant’s trunks, as everyone gets completely soaked to the skin. Songkran is all about washing away your bad luck for the year to come, so to avoid damaging your luggage or camera equipment it’s good to find some waterproof protection before you hit the streets! Definitely one of the more fun activities to do when traveling! 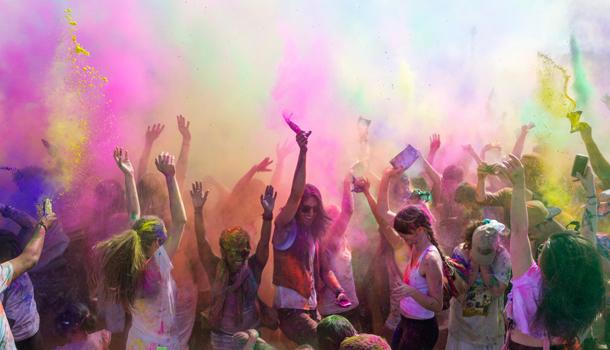 Holi in India
If there’s any country that knows its street festivals, it’s India. Their nationwide colour festival celebrates the beginning of Spring and involves throwing handfuls of brightly coloured powder and balloons filled with water onto unsuspecting passers by – even if you’re riding the roads in a rickshaw you’re likely to drive into a rainbow! Embracing the colour is part of the fun, so it’s common for people to dress entirely in white and join the impromptu street parties that spontaneously start over Holi week. 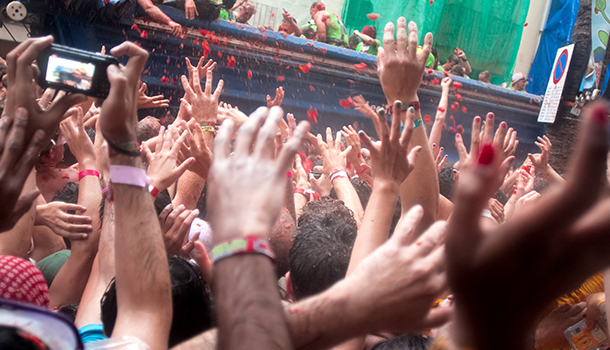 Tomatina in Spain
At the end of August each year a little Spanish town called Buñol hosts a rather unusual festival, where over forty tons of tomatoes slither from trucks parked in the street and into the hands of eager participants. The next hour involves a food fight of such epic proportions that people from all over the world travel to Spain so they can get covered in pulp. There’s no official origin for this festival – it’s simply a hilarious way to celebrate the summer! The only downside to this pulpy heaven is that the fruit’s acidity can play havoc with some people’s skin, as well as with their camera gear. 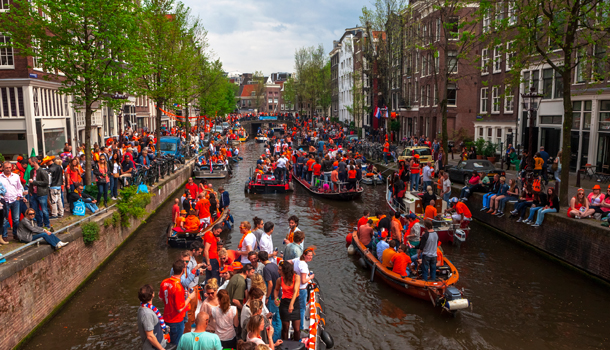 Queen’s Day in Amsterdam
Although more of a canal festival than a street one, Queen’s Day in the Netherlands is nonetheless a fiesta of all things orange which gives a wonderful insight into Dutch culture. At the end of April, to celebrate the birthday of the current Queen (or King), the country explodes into an all day/all night street party with flea markets, street sellers, costume parades and music concerts. Orange is the country’s royal colour and the Dutch take it to heart: clothes, decorations, makeup, wigs and orange confetti are rife — not to mention drinking a bright orange liqueur to toast their reigning monarch’s birthday. 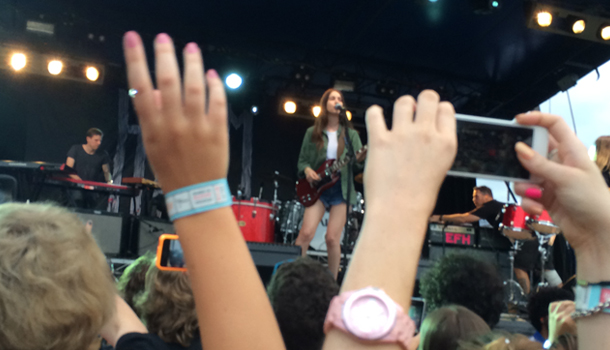 Laneway Festival in Melbourne, Sydney, Adelaide, Perth, Brisbane, Auckland and Singapore
For the last decade, this urban music festival has delivered a weekend filled with up and coming live music in street festival style which roams its way all across Australia. Originally started in 2004 in a Melbourne backstreet behind a rat-infested speakeasy bar, the Laneway Festival fostered a ‘block party’ mentality which proved hugely popular and has grown exponentially ever since.
Now in its twelfth year, Laneway takes place in Sydney, Adelaide, Perth, Melbourne, Brisbane, Auckland and Singapore during a few days in the February summer, and has a strong emphasis on maintaining a local community feel: it’s a 16+ event which makes sure to partner with various restaurants, bars, designers and visual artists in each of the cities where the festival takes place.

Flora Baker
Flora thinks of herself as a writer, a poet, a volunteer and above all, a traveler. She is on a mission to visit every continent twice before turning 31. Follow her amazing stories on Flora The Explorer now.