The 11 Must Do Cultural Festivals in Asia 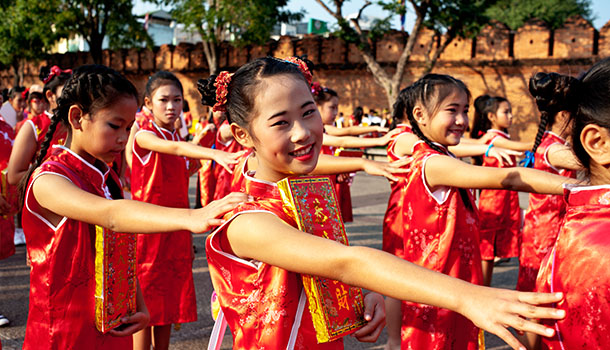 Ever wanted to bodysurf at a festival? Throw powder paint at strangers? Witness men with hundreds of piercings marching up a temple or men in dragon costumes hopping on poles to the tune of drums? Want a place to see that most of your friends have never even heard of?
Whether you’re backpacking, or going 5-star, throwing yourself into Asia’s biggest and most vibrant festivals is a great way to organise your trip. You’ll also get unique, one-of-a-kind stories to share when you return. A festival can be the best ‘place’ for a holiday during your Asia travels. 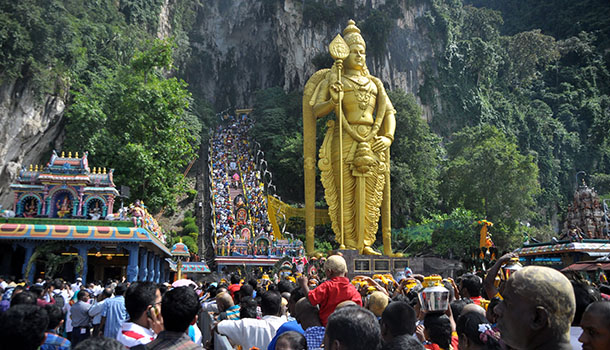 1. Thaipusam (Malaysia), January or February: Observed by Tamil Hindus across  Asia, the festival commemorates a major religious milestone for its followers. Largely observed in Malaysia, Singapore, Sri Lanka, Mauritius, Indonesia, Thailand, Myanmar and India, it is held on the full moon in the Tamil month of Thai. It marks the occasion when one of the Hindu deities Parvati gave Murugan a ‘spear’ to defeat an evil demon Soorapadman. One of the most spectacular processions is at the Batu Caves near Kuala Lumpur. Over a million locals and thousands of tourists show up for the spectacle. You will view people carrying pots as offerings and attaching spikes and piercings to their body, so don’t go if you faint at the sight of blood! 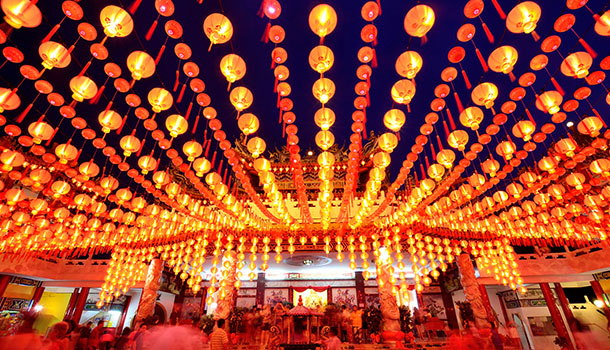 2. Chinese New Year (Hong Kong, Singapore, Taipei, every major Chinese city), January or February: This is one of the most popular festivals across Chinese cultures, and a three-day party. It is the longest festival in the Chinese calendar. The hallmarks are dragon parades, fireworks, lanterns and lion dance competitions. 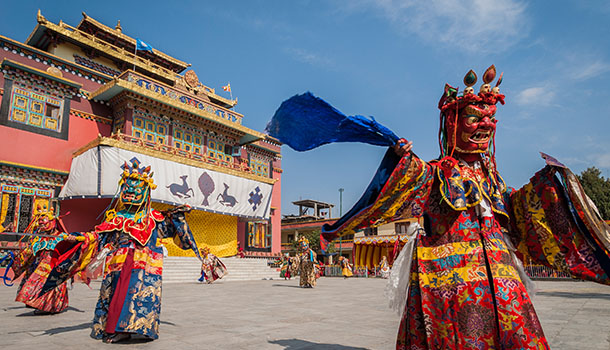 3. Losar (Kathmandu, Nepal), February: This Buddhist festival marks the Tibetan new year. Revelers gather at Kathmandu’s ancient Boudhanath Stupa to sing and dance, as well as throw barley flour (tsampa) to ring in the new year. Most interestingly, the Dalai Lama gives a speech and leads other high monks in prayers, ceremonies and processions. Monks perform a masked dance which plays out the battle between good and evil. The real party begins after the festival. Strings of prayer flags festoon the temple and the city. 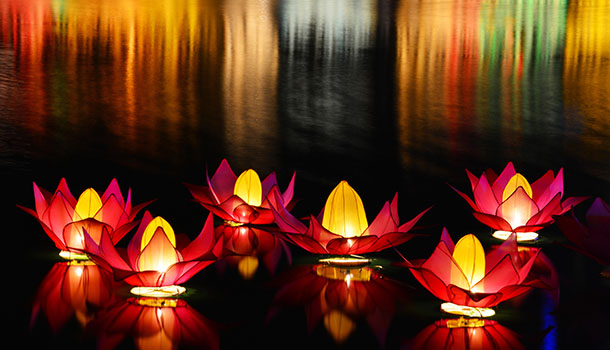 4. Wesak (Borobodur, Indonesia), May: This important celebration in the Buddhist calendar contains an inherent mystery and many interpretations as to what it is actually celebrating. This festival requires the faithful to conduct a walking pilgrimage. Three carved temples adorn the Borobodur complex, and pilgrims come from all over the world. Banners will display the Wheel of Dharma and there will be many claiming representations of enlightenment. 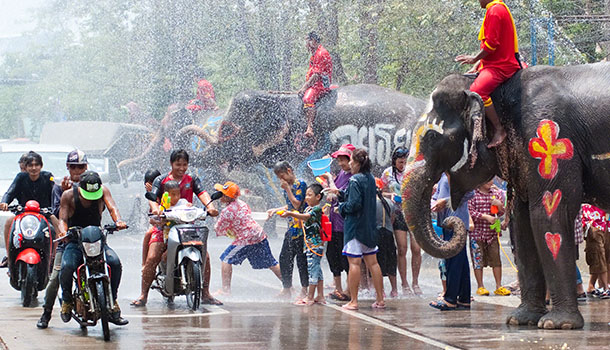 5. Songkran Water Fight (Chang Mai, Thailand), April: This Thai festival takes to the streets in what becomes the world’s biggest water fight. Pedestrians rub coloured chalk on each other and throw water for hours, armed with buckets, bowls, hoses or water guns. The throwing of water is historically symbolic of spring cleaning of the soul and monks used to use chalk to bestow blessings. Go, but wear a swimsuit! 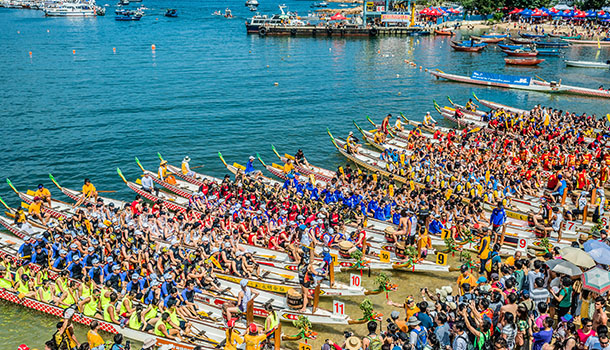 6. Dragon Boat Festival (China), June: Taking place in China and all over the Chinese-speaking world, especially Taiwan, Malaysia, Singapore and Hong Kong teams, practice for months. Traditionally the celebrations were to prevent disease or evil and to promote health and well-being. Ritual food and wine are consumed, and the main event is the race. The first team to grab a flag is declared the winner. 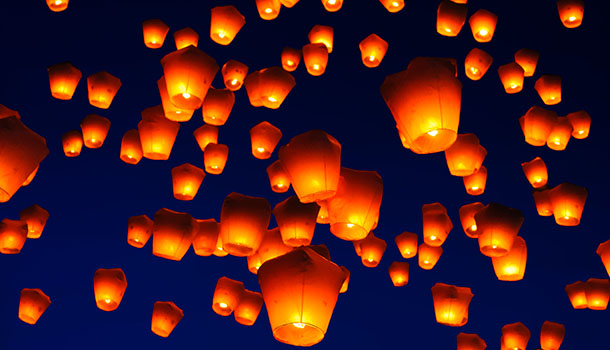 7. Lantern Festival (Taiwan), June: Among the many lantern festivals in China and Vietnam, this one is hosted by the Tourism Bureau. Many temples, most notably he Wumiao Temple, also host fireworks. The mystical aspect of this festival occurs when each owner sends their lantern heavenward simultaneously with thousands of others, with their hopes and dreams along with it. 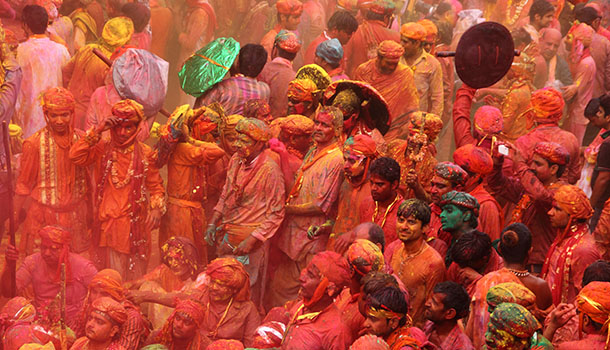 8. Holi (India, Nepal, Pakistan), March:  The Holi Festival of Colours is also called the Festival of Love. It’s one of the oldest Hindu religious festivals and marks the beginning of spring, the beginning of the Hindu new year, a time for renewing old relationships and ending conflicts in current relationships, love (signified by Radha’s love for Krishna) and the triumph of good over evil (signified by the demoness Holika’s death). After the first day of singing and dancing, the next day, Holi, has throngs throwing coloured powder and water at strangers. 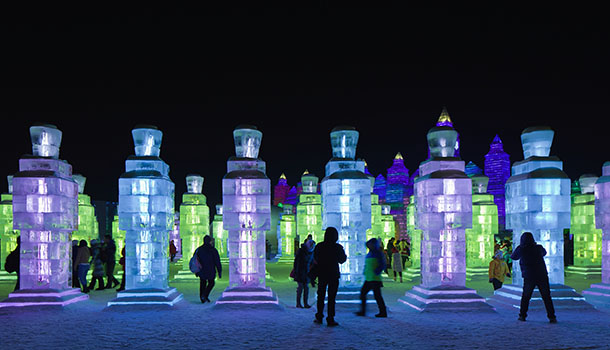 9. Harbin International Ice & Snow Sculpture Festival (China), January-February: The annual Harbin International Ice and Snow Sculpture Festival is billed as the largest ice and snow festival in the world. Its hallmark is ice sculpture artworks, which symbolise the first sculptures which were made by peasants and fishermen from their buckets in winter.
10. Boryeong Mud Festival (Korea), July: This cultural festival has grown to an excess of 2.2 million visitors since its inception in 1998. Despite its commercial origins, today it’s a health extravaganza. Mud is taken from the Boryeong mud flats every year to use in the many mud-related events, including mud wrestling, mud king contest, mud massage and acupuncture programs, mud sliding, mud skiing, colored mud body painting, swimming in a large pool of mud, a mud spa, a spectacular mud fireworks display and dance parties. 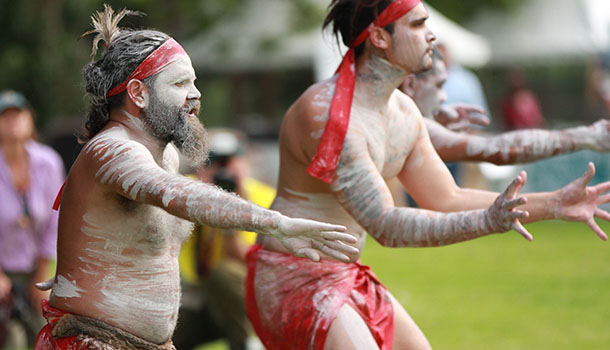 11. Garma Festival of Traditional Culture (Australia), August: Held in the Northern Territory, Australia, it celebrates the culture of the native Yolngu people, emphasising the practice, preservation and maintenance of traditional dance, storytelling, songs, art and ceremony. The festival is organised by the not-for-profit Aboriginal Yothu Yindi Foundation. You can attend talks with indigenous people, a Youth Forum, Garma cultural workshops and musical performances.
Becoming an Asian-style ‘culture vulture’ can give you the vacation of a lifetime. In just a few short days, you can enjoy more spectacle and local customs than many tourists do in a lifetime!
Be sure to bring along yourVenturesafe 25L GII backpack that’s great for keeping your belongings safe during your adventures abroad!