Vientiane In a Day 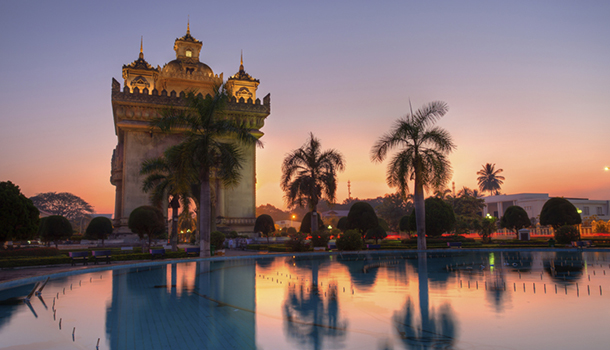 Vientiane, the sleepy capital city of Laos, has been little more than a pit stop on the backpacker circuit for the last few years. Recent strides by local officials have begun to make it a prime destination for tourists, and it might be worth a visit before the city loses the local charm in favor of bustling consumerism many cities in Southeast Asia are becoming known for.
No Escaping The Buddha
While Vientiane might not have the upscale flair of Bangkok or the chaos of Phnom Penh, it certainly takes the cake when it comes to the city with the most Buddha statues. From the walls of Settathirath Road to the eerie Buddha Park, you’ll find no shortage of these stone visages. Take a stroll through both to see all the quirky ways in which they love to celebrate their deity. Buddha Park, in particular, is full of homages to the Buddha situated in precarious poses (even a reclining one!), though it does seem somewhat reminiscent of a cemetery. Try going there at night, if you dare. 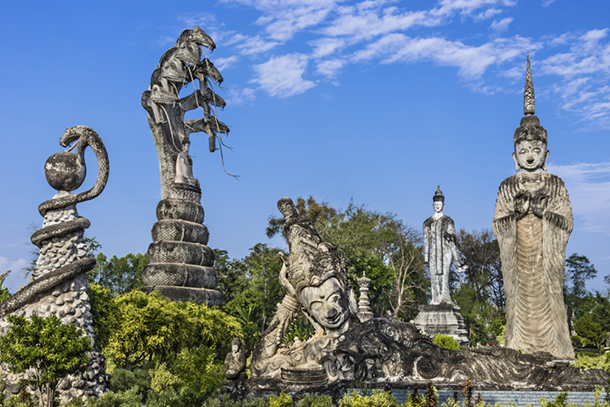 The View From The Top
Vientiane is a city shrouded in trees, so you can imagine how picturesque it looks from above. Actually, you don’t have to imagine it at all because you can see for yourself. Make your way to the main road and head up the massive archway that gives a spectacular view overlooking the city. If nothing else, it’ll help you plot your route around this somewhat confusingly laid out little town, or at least point you in the direction of the nearest coffee shop.
Sip On Cambodian Coffee
Speaking of coffee, Vientiane certainly has no shortage of the warm brew. Café Nomad and Little Hanoi are popular spots among tourists, though there are at least half a dozen on every block in certain areas of the city. It’s a great way to waste away an afternoon and keep out of the Southeast Asian heat, if you find yourself needing a breather. 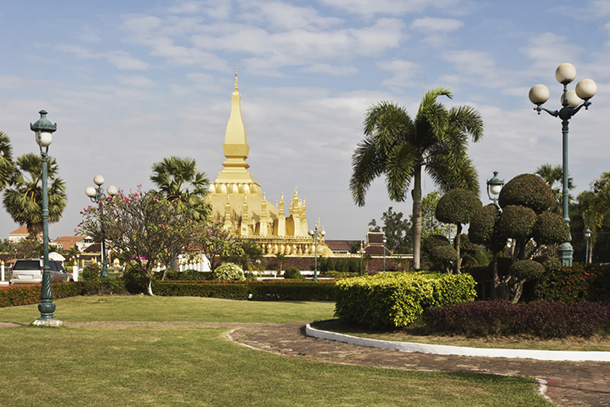 The Riverfront
The focal point of Vientiane is the riverfront along the Mekong, which is where you’ll find throngs of locals in the evening hours after they finish a hard day’s work. The riverfront comes alive once the sun gets ready to go down and you’ll find the boardwalk bustling with young men and women holding hands on dates, older couples enjoying the sunset and large groups skipping and leaping to music during group exercise sessions. The locals in Vientiane love their exercise and you’ll find multiple large groups of them following along as an instructor leads the way. You might even be allowed to join, if you feel inclined.
Many of the best restaurants overlook the Mekong, so find a place with a great balcony overlooking the river and prepare to dine in front of a beautiful sunset.
The Night Market
Like many cities and towns in Southeast Asia, Vientiane is home to a crowded and high-energy Night Market. Here you’ll find goods made by the locals, though it might be a little less tourist-friendly than you’re used to, so watch out for peddlers trying to up their prices when they see a foreigner coming. Play nice, but don’t get hosed with a bad deal.
Vientiane still has a ways to go before it becomes a hotspot like its neighbor Bangkok, but it holds a much more relaxed and authentic feel than most Southeast Asian capitals. You might want to check it out now, before it blows up into a tourist bonanza. 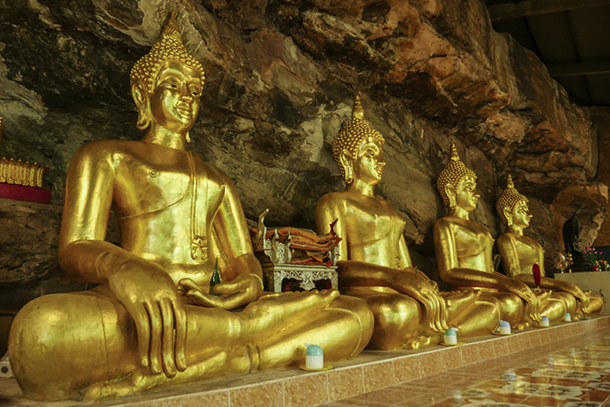