What to Wear When Traveling in South America 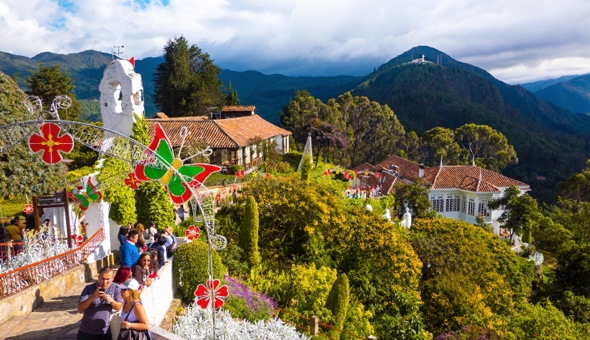 South America is a vast continent with one of the most diverse landscapes on the planet. Whether you’re trekking through Patagonia or just spending a week along the Chilean coastline, it’s important to pack clothes that’ll protect you no matter what the weather may bring.
If that weren’t enough, you’ll also need to keep cultural norms in mind when you’re deciding what to wear.
Layers
Layers are important when you’re visiting South American no matter which country you find yourself in. While you might plan on spending your days lounging on the beach, it’s hard to resist a beautiful climb into any of the mountains running throughout the countries and the weather up there can get a little cool.
That’s not the only reason to wear layers, though. There are plenty of creatures that’ll wreck your vacation if you don’t cover up. Snakes are common all along the continent while mosquitos are definitely something to be wary of, and long pants overtop your bathing suit while you trek through the jungle can help ward of both dengue and the Zika virus at least as well as Deet.
Skirts/Pants
Many rural areas of South America are socially conservative and highly religious, meaning that they don’t look fondly on women baring their legs both in town and certainly not in churches or temples. While it might seem hard to stomach for Americans, remember that it’s important to respect the locals’ culture and beliefs even if you don’t agree with them; it’s only temporary, after all.
T-shirts That Cover Shoulders
Much like pants and skirts, you’ll need something a little on the conservative side to cover your shoulders if you plan on heading inland or visiting and ruins or temples. If you’d prefer to wear tank tops you could probably get by with bringing along a shawl you can throw over your shoulders when you’re ready to visit a place of worship or sacred spot.
Rain Gear
You’re heading to a continent full of rainforests, so it probably goes without saying that you’ll want to pack clothes that are rainproof. An umbrella will come in handy but it won’t be a match for some of the downpours you’re likely to come across this far south. A light raincoat is a necessity and clothes that’ll dry quickly after getting drenched are always a good idea; merino wool is always a great option.
High Fashion
Some people who travel to Brazil are surprised by how fashion forward many of the larger cities in the country can be. People there like to dress in style and if you plan on spending a night out on the town, you’ll want to come dressed to the nines. It’s not uncommon to see men dressed in a suit and tie and women in dresses while enjoying a dinner at high-end restaurants.
Bathing Suit
You’re heading to South America and if you’re not planning on hitting the beach here then we don’t know what you could possibly be thinking; the continent is home to some of the most gorgeous strips of sand on Earth. When it comes to sun bathing the men here aren’t nearly as prudish as we Americans, so feel free to sport a speedo if that’s what you’re into. Likewise, bikinis are certainly fair game for the women.
Hiking Boots
You’ll probably spend a lot of time on your feet hiking various trails during your trip. Some of the best views require a lengthy trek, so it’s important to have some sturdy hiking shoes or boots with you. Tennis shoes will probably become uncomfortable quick and wear out easily in this environment.