What You Need to Know About Getting Online Worldwide 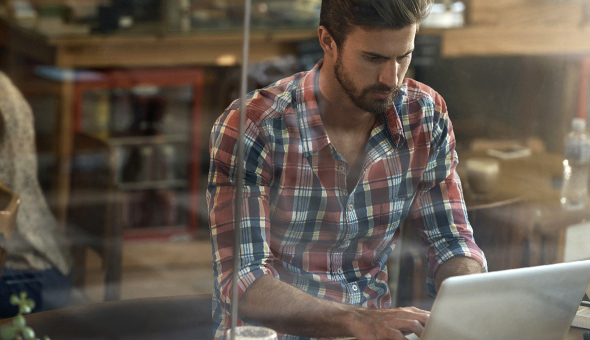 In this highly connected world we live in, it’s difficult to make it through a day without finding a reason to get online. Whether you’re tethered to the Internet because of work, or you just want to stay in touch with friends, you need to understand the realities of logging on overseas.
We’re a Little Behind
When it comes to being plugged in, the Internet has a little catching up to do. Net Index determined that the U.S. ranked 29th in worldwide broadband speeds with countries like China, Singapore and South Korea putting our average download and upload speeds to shame.
It’s also more expensive here. The same study found that U.S. residents pay, on average, between $3 and $4 per megabit while South Korea and Japan pay roughly $1 for faster speeds than us.
That’s Only in Large Cities
However, don’t expect to find lightning fast Internet wherever you go once you step off the plane. The broadband speeds are mostly in homes and business with a dedicated connection in large areas like Hong Kong. Once you head into the more rural regions, Internet options start to become few and far between.
Wi-Fi Can Be Sketchy
Even in G8 countries like France, Wi-Fi can seem almost non-existent in some spots. It routinely cuts out in the middle of a download and hotspots often have a hard time holding onto a signal. It’s best to rely on your phone’s Internet capabilities over Wi-Fi in a lot of areas.
Internet Cafes Are Your Friend
A lot of foreign countries have Internet cafes, where you can go in and pay for access to the Internet for short periods of time. They’re usually inexpensive and in some cities you’ll find them on nearly every block. However, you’re often also expected to buy food or drink while you browse, so the money can add up.
Take a MiFi
A MiFi device works as a personal hotspot that can attract Internet almost everywhere you go, turning every restaurant into a place where you can sit and get some work done. They’re not too expensive, but they don’t work magic. Internet won’t magically appear in a city that doesn’t have any.
Your Phone Can Be a Lifesaver
Instead of using your carrier’s data plan, you might want to buy a local SIM card in the country you’re visiting for faster and cheaper access to the Web. Most phones these days are equipped for the switch, and you’ll save yourself a lot of hassle and fees by using a local carrier for a couple of weeks instead.
There’s No Starbucks Around Every Corner
Americans have practically made a sport out of seeing who can sit in a Starbucks and mooch off their Internet for the most hours in a day. You’re going to have a rough time finding one of those in a lot of places overseas. The regular coffee shops also might not appreciate your efforts to turn their table into your living room, either, so be sure to respect the culture and the rules of the establishment while searching for useable Wi-Fi.