Who to Tip, When to Tip and How to Tip 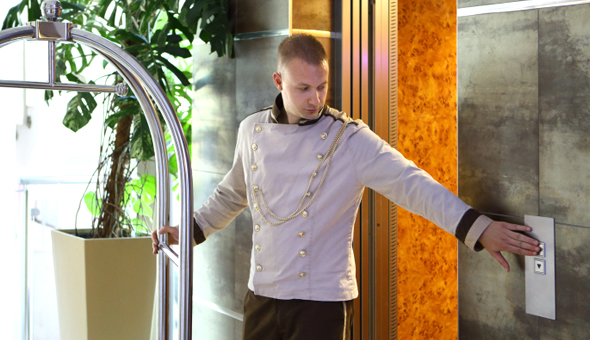 Some say it stands for, “To insure promptness” but the internet says that’s incorrect and if the internet says its wrong well, who knows? It has become an expected expense when traveling or stepping out on the town so you may as well figure out who, when and how to tip.
Everyone Has Their Hand Out
Who to tip is dependent on your beliefs and finances. In some other countries it is an insult to tip. In parts of Europe, especially France and Italy, you should check your receipt because a lot of the time the tip is already added in.
Carry My Load
Anyone who carries my bags gets a tip. If you load them on and off the airport shuttle, check me in curbside or carry them up to my room you get at least a buck a bag. I will sometimes throw another couple bucks if there’s more than 2 bags but despite inflation the “Buck a Bag” rule seems to still be the norm.
Clean Up My Mess
Some people leave tips for the maid when staying in a hotel. I personally do it if staying more than one night. I usually leave a few bucks on the bed and believe me: they know it’s for them. Not only is this the polite or proper thing to do but I get guaranteed mints on my pillow and the best towel art of anyone on my floor.
Bring Me Some Grub
It seems the standard 15 percent tip has been raised to 20 percent or more on dining tabs. I figure 20 percent is easier to figure in my head anyway. If the service is great they get more, if not, they get less. I remember an old cartoon I saw once where you leave a message that says “I looked for you all through dinner, now you look for your tip.” I’ve never been that mean but sometimes just leaving a buck, when the service has been non-existent leaves the same message.
There’s More to it Than Just Opening the Door
The doorman at your hotel can easily become your friend. He not only is there to greet you but also acts as a sort of concierge as well. I’ve had doormen give directions and advice so many times they become invaluable. They may have a cousin who will drive you to that far away excursion for a fraction of a cab ride or they may warn you about which part of town to avoid. They’re the first and last ones you see at a resort or hotel, so why not start off on the right foot?
Tipping Time
You tip most service personnel after they have helped you, which does not let them know in advance how good a tipper you are. You should give your best tip to the bartender after your first drink so the great service is sure to follow. If you look at tipping as a bribe for better service you would think you should tip right away. Unfortunately it doesn’t work that way but tipping well at the first opportunity, like your first day with the maid sure jumps up the level of that towel art.