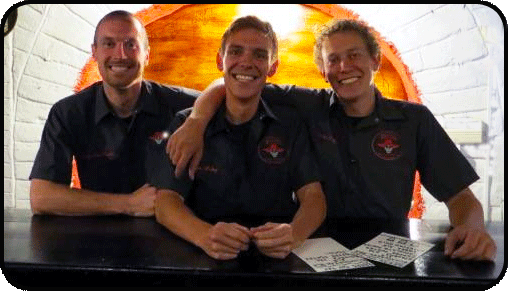 Craft and homebrew beer has grown exponentially over the last few years. Ecuador is usually considered 10-20 years behind the US in regards to fads, technology, and trends, but beer is a different story. Ecuadorian residents don’t want to wait for quality beer. They have stepped it up in the movement for the best cold one. Hand craft breweries are popping up around the nation, particularly in Quito and along the coast. The combination of beer enthusiasm and expats with time on their hands and a dissatisfaction with mass produced Ecuadorian beer has inspired a delicious movement.
Nathan, from Bandido Brewing said, “There has been an explosion of craft beer in Ecuador. There’s close to 2 million people living in Quito and within the last year 20 small microbreweries have popped up trying to convert people from Pilsner (Ecuador’s version of Budweiser) to handcraft brews. As the craft beer scene continues to grow competition will force everyone to produce their best product, utilize their best marketing practices, all while in the best location. Overall, it’s going to be great for beer enthusiasts.” (Bandido Brewery recently celebrated their 1 year anniversary.)
Erik Reyes recently opened the doors of his Quito-based bar that features locally-made handcrafted beers, The Moulin Pub. He stocks up to 10 beers on tap! You may have noticed most of Ecuador only sells three types of beer: blonde ale, red ale, and stout. Erik teamed up with Quide Brewery early on because they offered 8 varieties at any given moment, and because they constantly rotate their inventory.
For those interested in hopping into homebrewing in Ecuador your immediate challenge is finding where to buy the necessary ingredients (i.e. hopps, malts, etc) and equipment in Ecuador. Nathan from Bandido suggests, “Ask your local brewery where they get their supplies and if you could purchase some from them.” Casandra McClellan said they order from a warehouse without a storefront, “They send everything up to us via the bus. It’s a pretty easy transaction!”
Here are a few featured microbreweries:
Bandido Brewing was Quito’s first microbrewery!
Rio Blanco Bed & Brew, Otavalo
Montanita Brewing Company, Montanita
Stray Dog Brewery, Banos
La Compania Microbrewery, Cuenca
Roche’s, Canoa
Porteña Cerveza, Guayaquil

Shannon Enete
From saving lives to saving quality of lives! Shannon Enete used to work as a paramedic for ten years, literally saving lives, now she writes and publishes books that will make your life worth saving! See www.Becominganexpat.com to find your guide to your new life abroad. Upcoming editions include Ecuador, Thailand, Mexico, Brazil, and Malaysia in addition to the newly released, Costa Rica!