Brazil is well known for it’s wild parties, beautiful women and massive rainforest. While many tourists find it hard to leave the country’s mainland, those who adventure off the coast will be pleasantly surprised.
Here’s a list of some Brazilian islands that are definitely worth a visit.
Ilha Grande
Translating to the ‘Big Island’ in Portuguese the Ilha Grande is a lush paradise filled with rainforest, mangroves and sand dunes. It’s located off the Atlantic Coast, closest to the city of Angra dos Reis in the state of Rio de Janeiro. At one point it held a famous prison which is no longer open for prisoners. Abraao Village is the main town on the island which only has roughly 3,000 people who live there . The island is considered to be one of the richest ecosystems in the world. 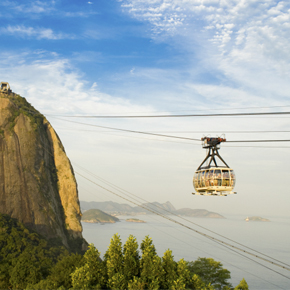 Fernando de Noronha
The Fernando de Noronha is an archipelago of 21 islands located just east of Rio del Norte on the coast of Brazil. The islands are essentially just the tips of a number of submerged mountains poking out from under the water. The gorgeous area of crystal blue waters, pristine beaches and thick forests is protected as a UNESCO world heritage site. If sitting back and enjoying some of the most beautiful natural scenery on earth is not your thing, there are a number of scuba diving spots to explore a variety of marine wildlife and sunken ships.
Ilha de Marajo
The Ilha de Marajo is the largest island that is surrounded by freshwater on the entire planet. The island sits almost directly on the equator and is comparable to the size of Switzerland. There are roughly 250,000 people that live on this island and a variety of different ecosystems exist there. A rocky coast line, incredible beaches an a type of cuisine unique to the island make it a very appealing place for travelers. The island is also famous for the domestication of water buffalo, which are common to see wandering around the island. In fact there even exists a water buffalo mounted police force. 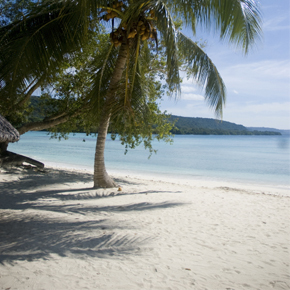 Ilha Bela
Located on the coast of Sao Paulo the ‘Beautiful Island’ is another archipelago made up of a group of gorgeous islands. The population that lives in this island paradise is estimated at just under 30,000, but during the holidays thousands more gather to enjoy the clear, blue waters and nice beaches. There are over 50 incredible sunken shipwreck sights for divers around the island, and the sailing is said to be amazing. The main island has an astounding 41 beaches some of which are considered to be some of the best in the country.
Florianopolis
Composed of the large Island of Santa Catarina as well as the surrounding small islands, Florianopolis is quite literally an island metropolis. It’s made up of a population of just under 420,000 centered around 42 beaches and a modern city. The surfing is said to be outstanding and the city is said to have the highest quality of life in the country. There’s an old town of the city that attracts many tourists to it’s colonial architecture and a number of expats from all over the world call this island their home.
Albrolhos
Another famous Brazilian archipelago composed of five volcanic islands. The islands are like none other in the country and contain hot, crystalline waters caused by the volcanoes. The warm waters contain the most important reef in the South Atlantic and thousands of species call this place home for reproduction. This makes for one of the best places to scuba dive and combined with perfect beaches this island is definitely a must-see spot when visiting Brazil.
By Alex Vere Nicoll